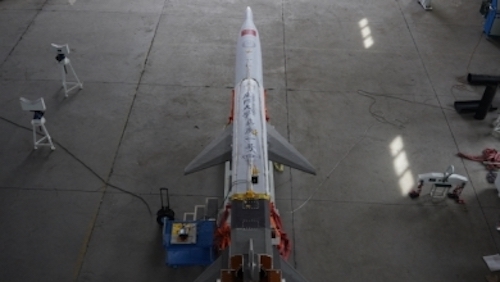 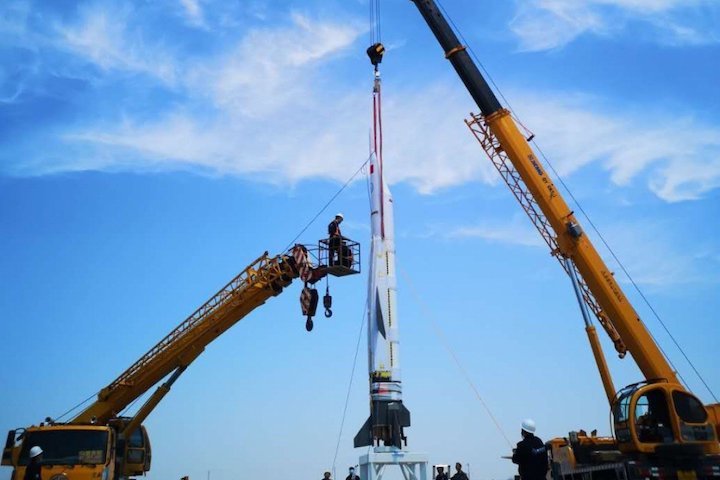 In a world first, a Chinese university tested a hypersonic plane in the heart of the Gobi on Tuesday morning.

A hypersonic weapon can travel faster than five times the speed of sound, making even the most advanced air defence systems useless, according to Pentagon officials, but the technology is extremely difficult to master and has been guarded in top-secret military research programmes for decades.

However, Xiamen University has now become the first university in the world to have built and flown a hypersonic aircraft – the Jiageng-1 – and to have made its design public.

“We call [the design] the double waverider,” said Zhu Chengxiang, an assistant professor at the university’s School of Aerospace Engineering and a member of the project team. 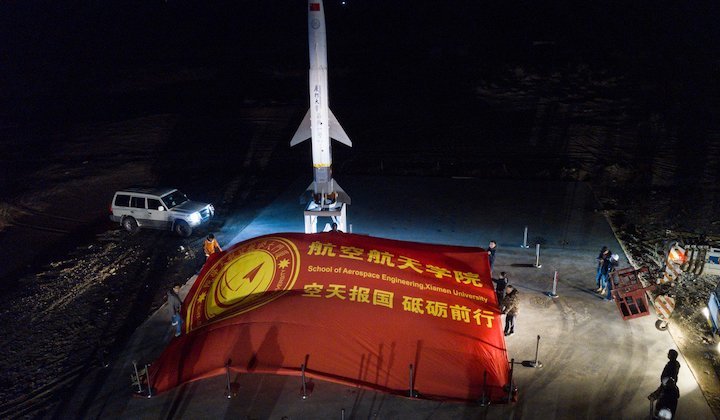 The university said the plane reached a height of more than 26km. Photo: Xiamen University.

Unlike other experimental hypersonic vehicles such as Boeing's X-51 Waverider, which rides on an extremely hot layer of gas known as a “shock wave”, the Jiageng-1 rides on two layers of shock waves – one under its belly and the other in the air-inlet duct for its ramjet engine.

It was a daring design. Managing one wave of hypersonic shocks was hard enough; using two added challenges.

But the new design has some intriguing advantages: it can make the transition from supersonic to hypersonic speeds more smoothly, create more lift and allow the aircraft to travel farther using less fuel.

The test vehicle was named after Chen Jiageng, the business tycoon better known as Tan Kah Kee, who founded the university in Xiamen, Fujian province, in 1921.

The Xiamen University team initially came up with the design about 2008, intriguing hypersonic researchers around the world.

After completing all the required computer calculations, the team took a scaled-down model to Europe, discussed the design with scientists there and conducted some simulation tests in one of the world's most advanced wind tunnels. 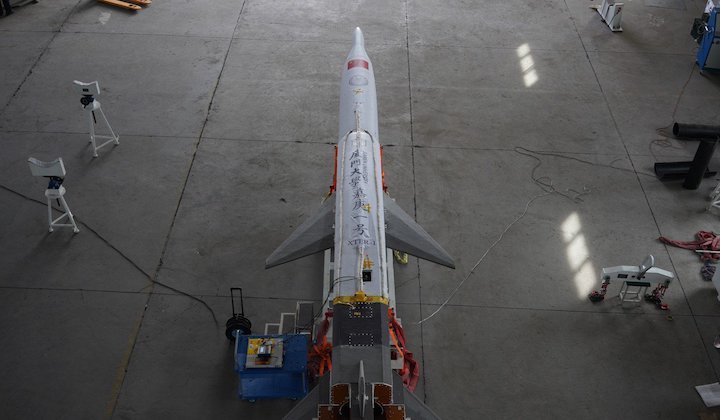 The Jiageng-1 was named after Chen Jiageng, better known as Tan Kah Kee, the founder of the university. Photo: Xiamen University.

Zhu said the United States was perturbed by the rapid progress of China’s hypersonic weapon programmes and had tried to restrict Chinese scientists’ access to Western researchers, but European countries such as Germany kept their doors open.

Although hypersonic technology is mainly for military use and there are many restrictions on exchanges between European and Chinese scientists, Zhu said they believed the collaboration “will continue”.

The plane was powered by a winged rocket less than nine metres (29.5ft) tall that weighed more than three tonnes, according to the university’s website.

t reached an altitude of more than 26km (16 miles) and after making some manoeuvres to “reproduce real flight conditions and conduct aerodynamic tests”, glided down and landed in the designated area with the aid of a parachute.

Some details of the test, including the distance travelled, are classified because the project was partly funded by the military, according to the team. 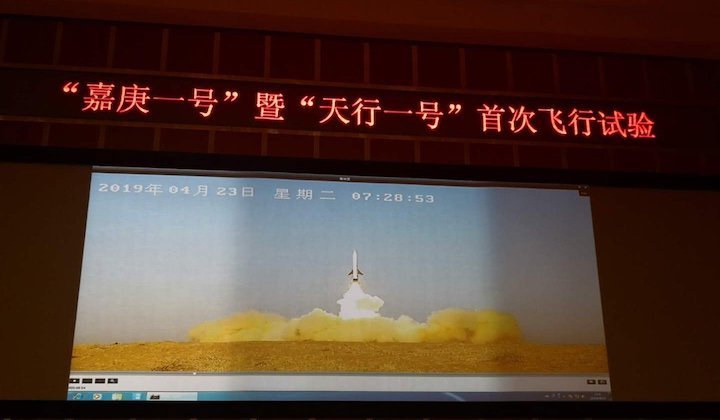 Chen Yong, an associate professor of physics who has been involved in a hypersonic research programme at Shanghai Jiao Tong University, said the test by Xiamen University was a landmark event.

“Conducting hypersonic study in a university is quite difficult, especially when it comes to the stage to bring the concept from laboratory to the sky,” he said.

Unlike military research institutes, university researchers usually do not have the security clearances needed for direct access to top-secret military testing facilities. Obtaining approval to conduct flights usually requires a “tremendous amount of paperwork”, he said.

Xiamen University plans to build a hypersonic plane capable of reaching anywhere on the planet within two hours, although the team said that was a distant goal.

In a statement released on the website of the US Department of Defence in December, Griffin warned that the United States could be falling behind in a new arms race.

“In the last year, China has tested more hypersonic weapons than we have in a decade. We’ve got to fix that,” Griffin said.