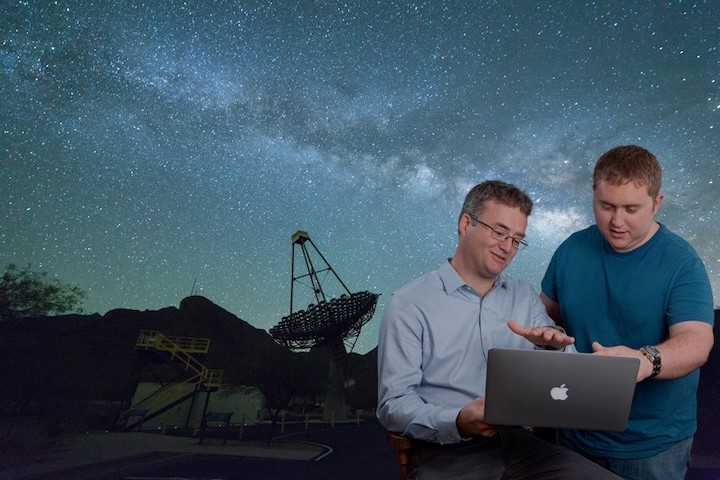 UD Professor Jamie Holder (left) and doctoral student Tyler Williamson are part of an international team that has developed a new method for measuring the size of stars. The technique hinges on the unique capabilities of the VERITAS telescopes in the Arizona desert (shown in the background) and on asteroids passing by at the right place and time.

Look up at the sky on a clear night, and you’ll see lots of stars. Sometimes they seem almost within reach or at least a short rocket ride. But the closest star to Earth — not counting our sun — is more than four light years away, at a distance of 25 trillion miles.

There are more than 100 billion stars in our Milky Way Galaxy, and, while we have learned much about them, there are relatively few whose size has been directly measured because they are so far away. A star’s size is a key piece of information that unlocks many other mysteries about it. Several methods have been used to measure star sizes, yet each has its limitations.

But now an international team, including researchers from the University of Delaware, has discovered a new way to determine the size of stars. Their method draws on the unique capabilities of the Very Energetic Radiation Imaging Telescope Array System (VERITAS) at the Fred Lawrence Whipple Observatory in Arizona — and asteroids that pass by at just the right place and time.

Using the technique, a collaboration of 23 universities and research institutes, led by Tarek Hassan of Deutsches Elektronen-Synchrotron (DESY) and Michael Daniel of the Smithsonian Astrophysical Observatory, has revealed the diameters of a giant star 2,674 light-years away, and a sun-like star at a distance of 700 light-years — the smallest star measured in the night sky to date. The research was reported on Monday, April 15 in the journal Nature Astronomy.

Sizing up a star

“Knowing the size of a star is of overall importance,” said Jamie Holder, associate professor in UD’s Department of Physics and Astronomy and a co-author of the study. “How big and how hot a star is tells you how it was born, how long it will shine, and how it will eventually die.”

Yet almost any star in the sky is too far away to be measured accurately by even the best optical telescopes.

“You just can’t resolve the point-like image of a star,” Holder said. “It will look fuzzy through your telescope.”

To overcome this limitation, scientists use an optical phenomenon called diffraction to measure a star’s diameter. When an object passes in front of a star, an event called an “occultation,” the shadow and surrounding pattern of light waves can be used to calculate the star’s size.

In this pilot study, the object passing in front of the star was an asteroid — a bit of space rubble likely leftover from when the planets were formed about 4.6 billion years ago. 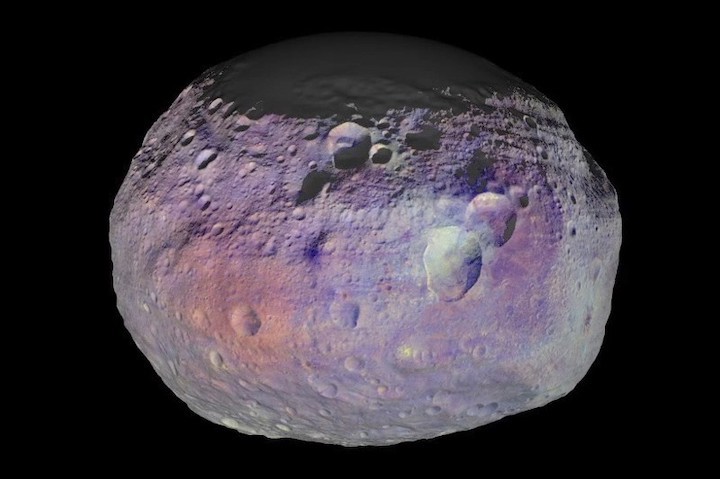 Asteroids, the rocky remnants of planet formation, are helping astronomers more accurately measure stars. These chunks of space rubble are found mostly in the asteroid belt, a region that lies between Jupiter and Mars. Image courtesy of NASA/JPL Caltech/UCLA/MPS/ DLR/IDA/PSI

Asteroids travel at an average speed of 15 miles per second, which added to the team’s challenge. Normally, the VERITAS telescopes watch for the faint bluish blip that high-energy cosmic particles and gamma rays produce when they race through Earth's atmosphere. While the telescopes do not produce the best optical images, they are extremely sensitive to fast variations of light, including starlight, thanks to their huge mirrored surface, segmented in hexagons like a fly's eye. Holder was involved in the construction and commissioning of the telescopes in 2006, and all of the light sensor modules for the four telescopes were assembled at UD.

Using the four large VERITAS telescopes on Feb. 22, 2018, the team could clearly detect the diffraction pattern of the star TYC 5517-227-1 as the 60-kilometer (37 mile) asteroid Imprinetta passed by. UD doctoral student Tyler Williamson was there for the observation.

“It was our first time performing this kind of measurement, so we made sure to give ourselves plenty of time to get set up and follow the procedure exactly,” said Williamson, who was one of three scientists on the shift that night. “The occultation itself takes only a few seconds, but we point the telescope at the star for about 15 minutes or so to get an estimate of what it looks like before and after the event. If you want to detect a shadow, you need to know what the object looks like without anything blocking it.”

Usually, when the crew takes data, a computer gives them a real-time view of what they are collecting as it comes in. But there was no way for them to see this occultation occur. They simply had to point the telescope and wait.

“Nobody was sure the occultation would even be visible from our location in the first place,” he said. “The most recent estimate we had going into the night was that there was about a 50 percent chance that the shadow would be cast over our observatory — the asteroid is small, and there were uncertainties in size and trajectory, making it impossible to say for sure where the shadow would fall.”

The crew took the data, emailed it to the principal investigators on the project, and called it a night.

“I remember waking up the following afternoon to an email from the PIs with a nice plot showing a clear detection of the shadow,” Williamson said. “We were all very excited, and, as observers, we were quite happy to be a part of the result.”

The VERITAS telescopes allowed the team to take 300 snapshots every second. From these data, the brightness profile of the diffraction pattern could be reconstructed with high accuracy, resulting in an angular, or apparent, diameter of the star of 0.125 milliarcseconds. Together with its distance of 2,674 light-years, the scientists determined that the star’s true diameter is 11 times that of our sun, categorizing it as a red giant star.

According to Holder, this star is about 200 million times farther away from us than the sun, but it’s still well within our Milky Way Galaxy, which is 100,000 light years across.

The researchers repeated the feat three months later on May 22, 2018, when asteroid Penelope with a diameter of 88 kilometers occulted the star TYC 278-748-1. The measurements resulted in an angular size of 0.094 milliarcseconds and a true diameter of 2.17 times that of our sun — the smallest star ever measured directly.

But “small” is relative. “This star is a G dwarf, twice as big as our sun and about 700 times farther away from us than our closest star,” Holder said.

While the new technique delivers a ten times better resolution than the standard method astronomers have been using, based on lunar occultation, and is twice as sharp as size measurements using interferometric techniques, Holder said the team is working to refine it for even greater accuracy.

“Asteroids pass by Earth every day,” Holder said. “VERITAS is gearing up to increase its observations and extend its observation range, building data on a whole new population of stars.”

The UD team’s work was supported by the National Science Foundation. 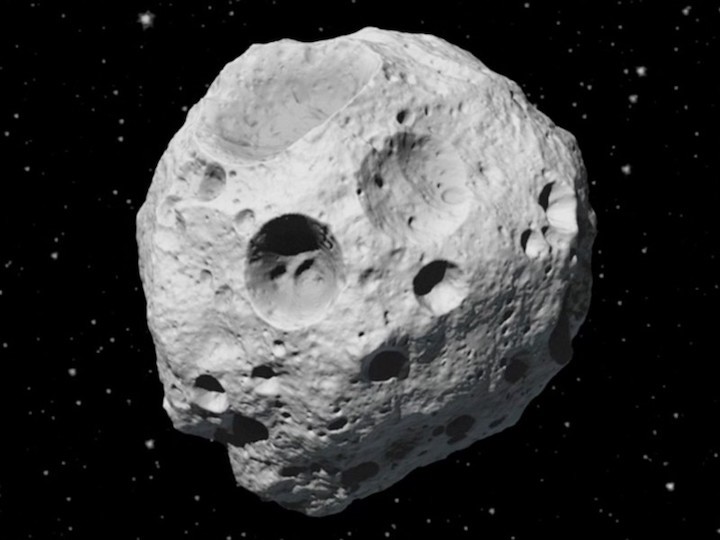 Almost any star in the sky is too far away to be measured accurately by even the best optical telescopes. To overcome this limitation, scientists use an optical phenomenon called diffraction to measure a star’s diameter. When an object — such as an asteroid (above) — passes in front of a star, an event called an “occultation,” the shadow and surrounding pattern of light waves can be used to calculate the star’s size.