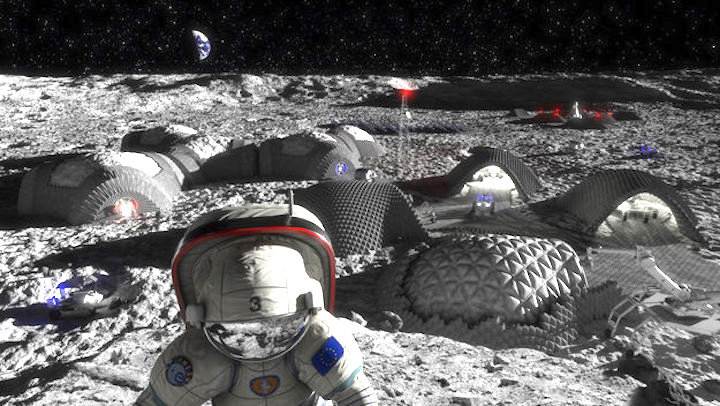 Back in 2005, the late, great Paul Spudis, one of the most eminent lunar geologists in history, offered a convincing argument for why a return to the moon would advance scientific knowledge.

“The moon is a scientific laboratory of extraordinary facility, richness and benefit," he said. "The history of our corner of the solar system for the past 4 billion years is preserved and readable in the ancient dust of the lunar surface. This record is lost on the dynamic and ever-changing surface of Earth."

"Other planets do not record the same events affecting Earth and the moon, including impacts, space particles and the detailed history of our sun," he continued "The recovery of this record will let us better understand the impact hazard in the Earth-moon system as well as unravel the processes and evolution of our sun, the major driver of climate and life on Earth.”

Spudis was thinking about how we generally imagine lunar science, of geologists traveling across the moon’s surface, picking up rock and soil samples, that would later be examined in laboratories. The Apollo astronauts did science in just such a manner. However, the moon can serve science in another way.

“The moon is a stable platform to observe the universe," he also said. "Its far side is the only known place in the solar system permanently shielded from Earth's radio noise. That allows observation of the sky at radio wavelengths never before seen. Every time we open a new spectral window on the universe, we find unexpected and astounding phenomena; there is no reason to expect anything different from the opening of new windows on the universe from the surface of the moon.”

Optical telescopes on the moon would also open the universe to clearer scrutiny than ever before. A lunar observatory could be used to observe the Earth in great detail.

From the perspective of doing science, going back to the moon is a no brainer. The United States is a country that values basic science research, partly out of the principle that knowledge is better than ignorance, and partly because basic research often pays dividends in unexpected ways. The Apollo geology samples are still yielding secrets, decades after they were brought back to Earth, as analytical tools advance.

The argument is occasionally raised that robotic space probes can do space science just as well as astronauts and for much less money. The supposition is usually made by people who have inflated notions of robots’ capabilities, even those equipped with artificial intelligence systems. However, a study by the British Royal Astronomical Society put that question to rest. The study concluded that no substitute exists for trained scientists on the scene to tease out the secrets of a celestial body like the moon.

Another, more serious argument, accepts that lunar science is an inherent good and should be pursued, but questions whether the government should fund it. A recent piece published by the Cato Institute suggests that private research is superior to publicly funded research because the latter creates huge overhead spending and is often politically motivated in what gets funded and what doesn’t. On the other hand, Scientific American countered that without government funding, basic science research would wither on the vine.

As a practical matter, the private versus public funding argument is moot insofar as lunar science is concerned. A program to put scientists on the moon and equip them with the tools to delve into its secrets is currently beyond the purse of corporations and foundations. NASA and other national space agencies will bear the burden.

However, as companies such as SpaceX and Blue Origin continue to drive down the cost of space travel, private sources of funding will be increasingly available for lunar science. Much privately funded science on the moon will be driven by the profit motive rather than notions of the public good. This development will not be a bad thing.

Prospecting for useful minerals on the moon will have some basic science applications. Private lunar research could help spark a space-based industrial revolution, using lunar materials to make products in space that cannot be manufactured on Earth. Science once again will pay practical dividends.