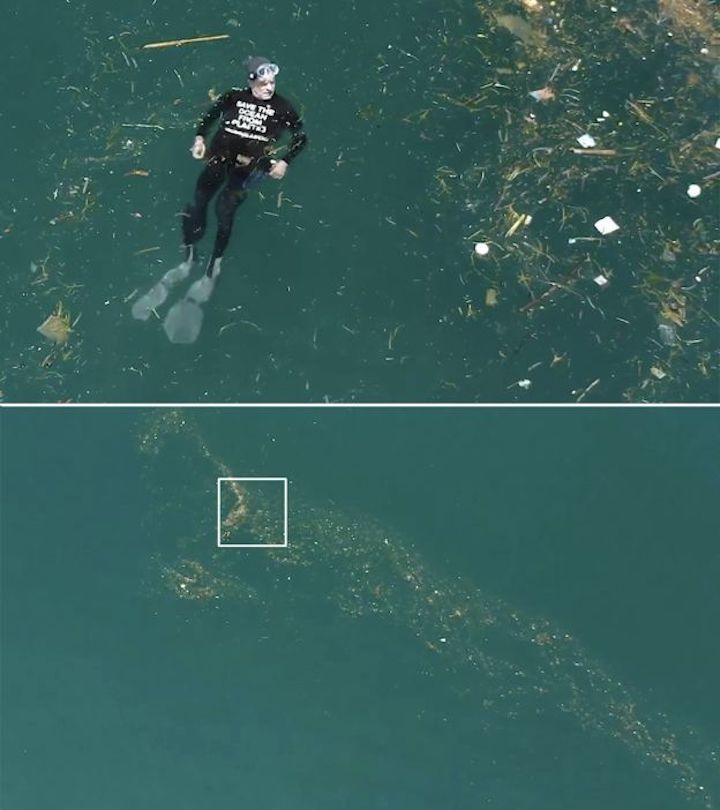 Close up (top), the plastic is easy to see, but pull out even a little (bottom) and the challenge becomes obvious. The white box represents the size of a Sentinel pixel. The swimmer is in the bottom-left of this box

Scientists are working on a technique to track plastic debris in the ocean from space.

It's extremely challenging, especially since the individual pieces of litter are smaller than the minimum-sized objects that satellites can resolve.

But the approach works by looking for plastic's reflected light signature in the water.

And early trials conducted by the UK's Plymouth Marine Laboratory have been very encouraging.

"You're never going to see an individual plastic bottle floating on the sea, but we can detect aggregations of this material," Dr Lauren Biermann told BBC News.

The Earth observation scientist has been experimenting with the EU's Sentinel-2 satellites - a pair of orbiting multi-spectral instruments (MSI) that were launched in 2015 and 2017 and are operated by the European Space Agency (Esa).

The duo's mission is primarily to make a continuously evolving map of Earth's land surfaces, but in the process they also capture a view of coastal waters.

And, actually, this is the key zone of opportunity if you want to monitor plastic discharge to the ocean, because much of the eight million tonnes globally that's thought to make its way out to sea every year does so through rivers and their estuaries.

In the UK, the Sentinel pair will be mapping this zone every couple of days. 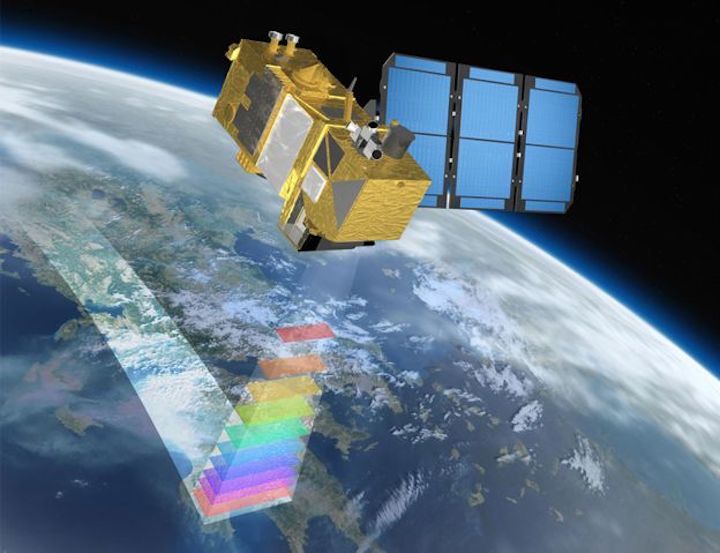 The difficulty for Dr Biermann is that the satellites have a best resolution of 10m, meaning any objects in an image will only be detectable if they make up a certain percentage of each pixel.

But she has a couple of factors that work in her favour.

The first is that floating debris tends to aggregate in the eddies, fronts and plumes that form as river water enters the sea. And although a lot of the time this will just be plant material, rubbish such as plastic will also be drawn in.

The second factor working to Dr Biermann's advantage is simply the quality of the detectors in the Sentinel instruments.

These have great clarity in the way they sense the different wavelengths that make up light. And the Plymouth scientist can use this performance to interrogate the individual pixels in a picture to see what objects they're likely to contain even if they can't be directly resolved.

It works like this: seawater absorbs light strongly in the near-infrared. Plants and anything else floating in the water will reflect in the near-infrared. But plants will absorb well in the red band, whilst plastic less so. Further information can be gleaned from the "red edge" and shortwave infrared bands, also.

"Vegetation has a good signature that we can look for, whereas plastic has a different signature," she explained. 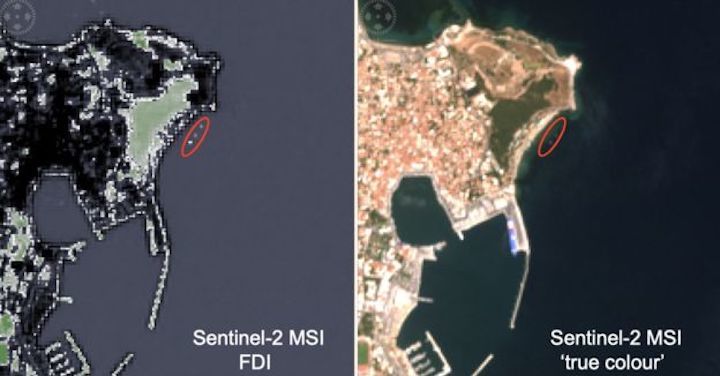 Developing the index has involved validation work in which the Sentinels have overflown great "forests" of sargassum seaweed and even panels and bottles of plastic laid out on the water by scientists from the University of the Aegean, to get a better idea of the spectral differences between the materials.

Follow-up case studies in the Strait of Georgia in British Columbia and off the east coast of Scotland have both shown promise.

One of the next phases would be to apply machine-learning algorithms to the analysis of images. Searching the pictures manually is time-consuming and ultimately not practical. Automation is the only way to go.

Dr Biermann sees satellite observations being used to monitor improvements at those known river hotspots for plastic discharge. The information could also be allied to other datasets to make assessments of the pollution's impacts.

"If you know where your whales or dolphins or other charismatic megafauna are foraging, you want to see perhaps how much of a risk they are at from these hotspots." 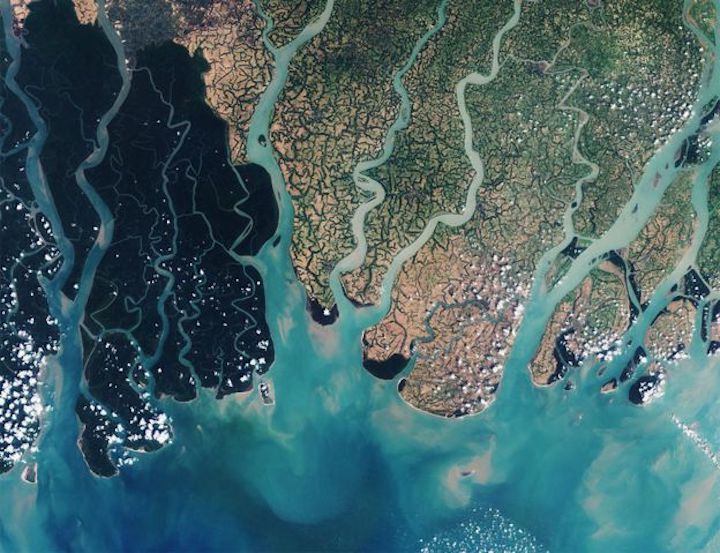