Documents disclosing the research came out this month 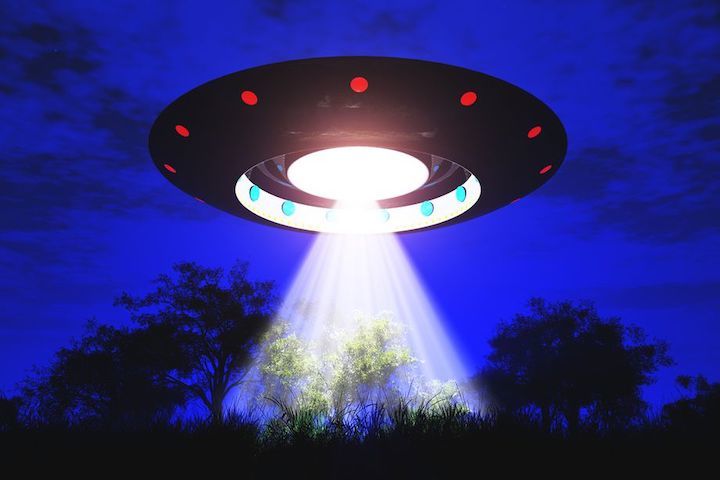 A document released this month revealed a secretive multimillion-dollar Department of Defense program from the late 2000s compiled research into invisibility cloaks, warp drive, and many other areas of fringe space science as part of a now-defunct program aimed at detecting and potentially explaining strange sightings in the Earth’s atmosphere.

The five-page document includes a list of papers written for the program, originally sent to two members of Congress last year. The pages were released on January 16th as a response to a Freedom of Information Act (FOIA) request from the Federation of American Scientists.

Between 2007 and 2012, the Defense Intelligence Agency (DIA) spent $22 million on this UFO program, which was formally known as the Advanced Aerospace Threat Identification Program (AATIP). In 2017, The New York Times first reported the existence of the long-hidden AATIP and that officials had been investigating reports of UFOs for years.

Former Senate Majority Leader Harry Reid (D-NV) spearheaded the initiative. A majority of the program’s funding went toward aerospace research, but according to these new documents, some of it also focused on more speculative research into topics that sound like they came straight out of a work of science fiction.

The documents were originally sent to Senate Armed Services Chairman Sen. John McCain (R-AZ) and Ranking Member Sen. Jack Reed (D-RI) after their staffs expressed interest in them in January 2018. In this letter, the DIA says that the purpose of AATIP was to “investigate foreign advanced aerospace weapon threats from the present out to the next 40 years.” A list of all products produced under the DIA’s AATIP program were listed out for the senators and their staff, and many of those papers from nearly a decade ago were already publicly available. In some cases, the researchers’ work had already gotten a lot of attention.

Since the early 2000s, a researcher from the University of St. Andrews, professor Ulf Leonhardt has been working on developing invisibility cloaks, and according to these newly released documents, he authored a report on the current state of the field for the DIA. Leonhardt’s research has focused primarily on how light, space, and other materials like water and glass could be distorted in order to produce the effect of invisibility.

“The idea of invisibility has fascinated people for millennia, inspiring many myths, novels and films,” Leonhardt told BBC News in 2009. “I plan to develop ideas that may turn invisibility from frontier science into applicable technology.”

This research hasn’t led to the creation of any invisibility cloaks like you’ve seen in Harry Potter, but it does use some of the same science behind some optical illusions.

When light travels through materials it changes direction and slows down, a process called refraction. This research determined that if something is surrounded by material that could refract light in a way that would guide it around that which its covering, the object or region could appear invisible.

Invisibility cloaking tech is still pretty far away from being incorporated into any military (or civilian) tech, but other subjects covered in the reports commissioned by the program are much farther out of reach. In 2009, the Advanced Aerospace Threat and Identification Program compiled a report entitled Traversable Wormholes, Stargates, and Negative Energy. The illustrations involve portals that would apparently let a person see... dinosaurs.

The idea is that even with the fastest modes of space travel that could be remotely feasible in the somewhat near future, it would take passengers on board any of these spacecraft several human lifetimes before they ever reached interstellar destinations. So one theoretical solution involves using wormholes to bypass Newtonian physics and burrow through space-time to get people from one spot to another (or one time to another) very quickly. Despite it’s constant use in science fiction, wormhole travel is still very much hypothetical.

The DIA report determined that the government wouldn’t be seeing the use of wormholes anytime soon, but despite the bleak outlook, still made a plea for sustained research support. “The progress of science and technology is rapid, but highly dependent on adequate and sustain[ed] focus, effort and support,” the researchers wrote. “On this basis, it is possible that a traversable wormhole can be demonstrated in the laboratory as long as there is a focused, sustained level of long term research support.”

Similar to wormholes, the DIA explored the use of warp drive as a means of propelling a space vehicle through the interstellar medium. The researchers found that the technology is also likely impossible and even if it were, it won’t be feasible until many years from now. 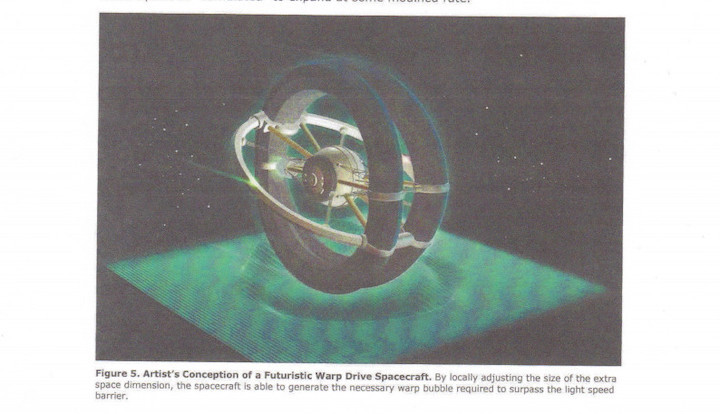 The US government’s interest in UFOs, aliens, and more speculative science has been a topic of debate and public interest ever since the 1947 Roswell crash in New Mexico. Even though the Air Force has released multiple reports on the incident, lawmakers are still facing pressure from the public to disclose documents related to the crash or the government’s so-called X-files. In 2016, during her presidential campaign, Hillary Clinton vowed to open up the government’s files on UFOs, so long as the action presented no threat to national security.

Harry Reid, who initially requested AATIP be created, has since left Congress, but still lobbies his friends and former colleagues in hopes that they’ll dedicate more resources to UFO research. “I personally don’t know if there exists little green men other places, I kind of doubt that, but I do believe that the information we have indicates we should do a lot more study,” the Nevada Democrat said on Nevada Public Radio earlier this month. “We have hundreds and hundreds of people that have seen the same thing — something in the sky, it moves a certain way.”