SpaceX’s second Falcon Heavy side booster has made its way from Texas to Florida after completing a successful static fire acceptance test at the company’s McGregor complex, paving the way for the third and final booster – currently vertical on McGregor’s test stand – to complete its own round of tests and head East.

Once the third and most important booster – known as the center core – arrives at SpaceX’s Florida launch facilities, all three of the next Falcon Heavy’s boosters will be ready to head into the integration stage, culminating in an integrated static fire prior to the second launch ever of SpaceX’s flagship super-heavy-lift rocket.

A Texas pilot happened to fly by SpaceX’s McGregor facilities on January 11th, catching a live glimpse of a Merlin Vacuum (MVac) or second stage static fire test, as well a Falcon booster – perhaps Falcon Heavy’s next center core – vertical on the facility’s booster static fire stand. While it has not yet been visually confirmed as the next Falcon Heavy center core, a booster traveling through the Waco, Texas area to McGregor was spotted with protuberances that are not normally seen on regular Falcon 9 boosters and happened to be in the right place for FH-specific hardware. 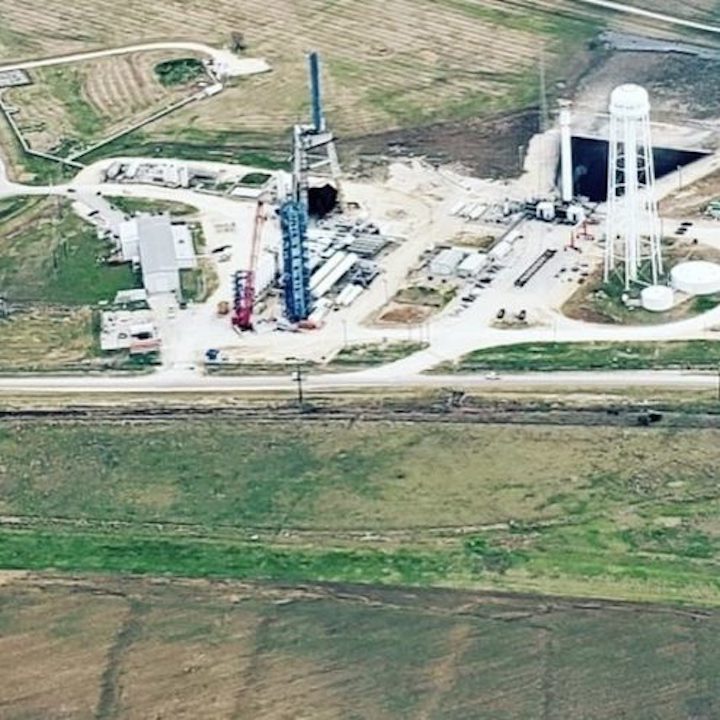 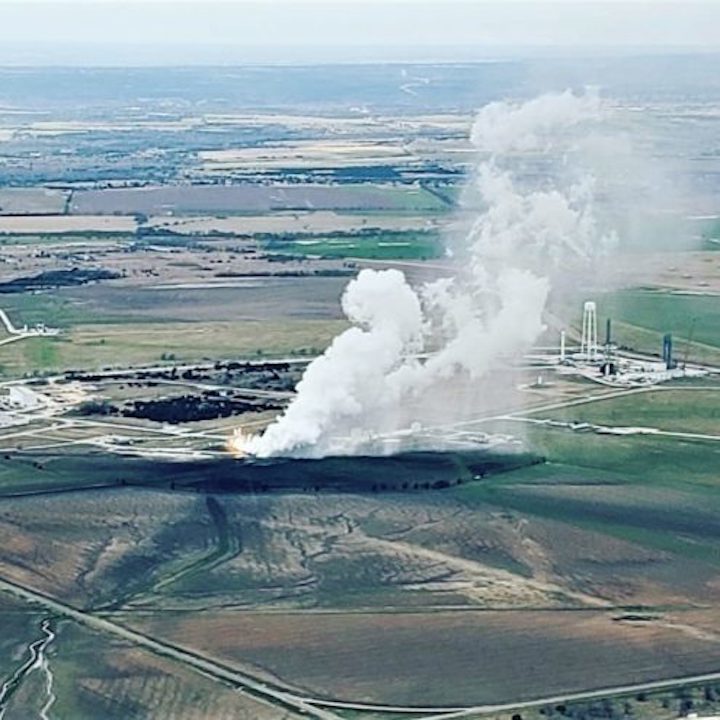 There is also a case to be made that – per the fact that the first two side boosters have been built, shipped, tested, and delivered back-to-back – SpaceX chose to consecutively manufacture all hardware needed for the second Falcon Heavy instead of producing one or a few single-stick Falcon 9 boosters in between, which the appearance of a center core-like rocket in Texas certainly helps corroborate. While Falcon Heavy side boosters are effectively just Falcon 9 boosters with a few additional attachments and nose cones, currently scheduling indicates that SpaceX may attempt to rapidly turn all three Falcon Heavy Flight 2 boosters around perhaps just 30-60 days after their first launch. Otherwise, once the rocket’s 2019 launches have been completed, both side boosters can be converted back into Falcon 9 boosters and thus reenter SpaceX’s active fleet of flight-proven rockets.

Falcon Heavy’s center core, however, is dramatically different than a regular Falcon 9 booster, owing to the fact that it needs to essentially support triple the thrust and mechanical stresses as single-stick launches. The rocket’s design works to improve payload performance by using the two side cores to boost the center core and leave it with far more propellant left over than Falcon 9 would during a comparable launch profile, roughly equivalent to a three-person bike where only two people are pedaling hard. During a Falcon Heavy launch, side boosters thus separate a solid 30-60 seconds before the center core parts ways with the upper stage and payload. 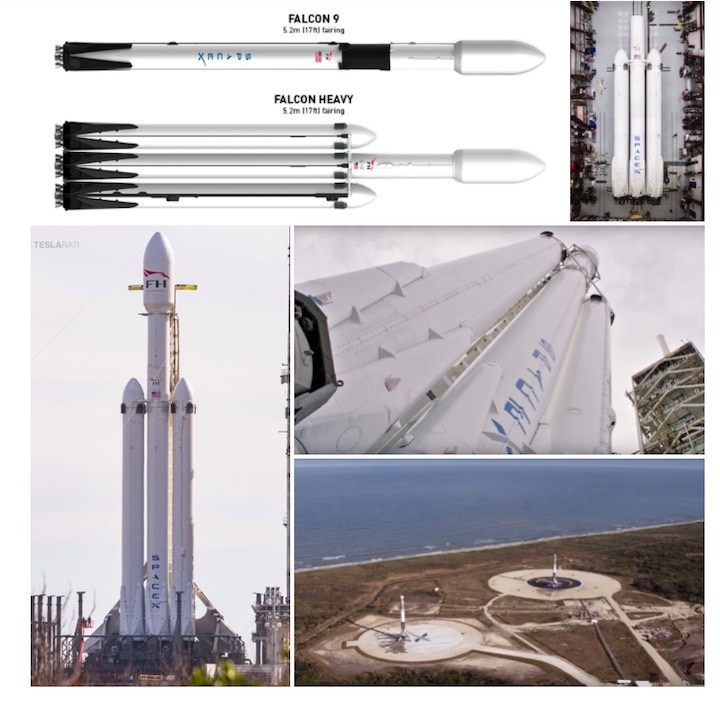 Thanks to its significant differences, it’s highly unlikely – if not impossible – for a Falcon Heavy center core to launch a regular Falcon 9 mission. As such, once Falcon Heavy’s 2019 launches are completed, the center core will most likely be processed, refurbished, and then stored until the next Falcon Heavy payload is ready to go, at which point Falcon 9 boosters would be converted into Heavy side cores. Given that the Block 5 upgrade is designed to allow Falcon boosters to perform as many as 10 launches with minimal to no refurbishment and 100+ with regular repairs and maintenance, it’s entirely possible that a single Falcon Heavy center core could theoretically support all possible future launches of the rocket.

In reality, customers like the USAF and NASA will probably request new hardware for foreseeable Falcon Heavy launches, most of which would likely be extremely expensive flagship satellites (AFSPC-52) or interplanetary spacecraft (Europa Clipper).

Falcon Heavy’s next two launches are planned as early as March (a large communications satellite called Arabsat 6A) and April (an experimental USAF launch called STP-2 with two dozen separate payloads). With two side boosters already in Florida, those dates are now serious possibilities, and the center core’s arrival will be the telltale sign that Falcon Heavy’s second launch ever is imminent.