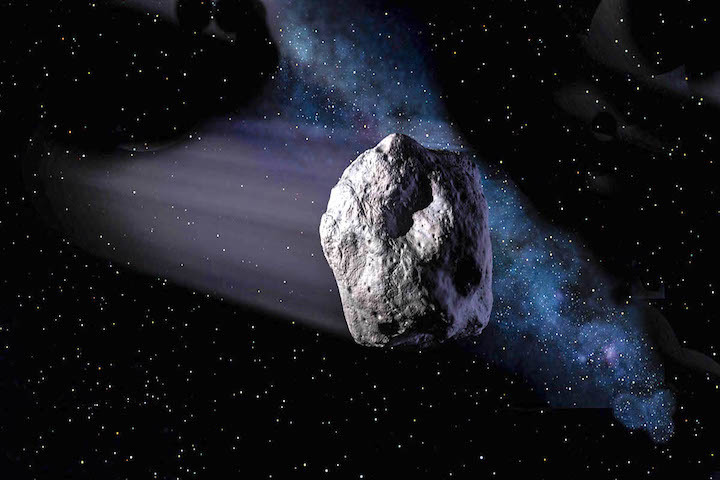 Using steam to propel a spacecraft from asteroid to asteroid is now possible, thanks to a collaboration between a private space company and the University of Central Florida.

UCF planetary research scientist Phil Metzger worked with Honeybee Robotics of Pasadena, California, which developed the World Is Not Enough spacecraft prototype that extracts water from asteroids or other planetary bodies to generate steam and propel itself to its next mining target.

UCF provided the simulated asteroid material and Metzger did the computer modeling and simulation necessary before Honeybee created the prototype and tried out the idea in its facility Dec. 31.  The team also partnered with Embry-Riddle Aeronautical University in Daytona Beach, Florida, to develop initial prototypes of steam-based rocket thrusters

“We could potentially use this technology to hop on the Moon, … Pluto, the poles of Mercury, asteroids — anywhere there is water and sufficiently low gravity.” – Phil Metzger, UCF scientist

“It’s awesome,” Metzger says of the demonstration. “WINE successfully mined the soil, made rocket propellant, and launched itself on a jet of steam extracted from the simulant. We could potentially use this technology to hop on the Moon, Ceres, Europa, Titan, Pluto, the poles of Mercury, asteroids — anywhere there is water and sufficiently low gravity.”

WINE, which is the size of a microwave oven, mines the water from the surface then makes it into steam to fly to a new location and repeat. Therefore, it is a rocket that never runs out of fuel and can theoretically explore “forever.”

The process works in a variety of scenarios depending on the gravity of each object, Metzger says. The spacecraft uses deployable solar panels to get enough energy for mining and making steam, or it could use small radiosotopic decay units  to extend the potential reach of these planetary hoppers to Pluto and other locations far from the sun.

Metzger spent three years developing technology necessary to turn the idea into reality. He developed new equations and a new method to do computer modeling of steam propulsion to come up with the novel approach and to verify that it would actually work beyond a computer screen. 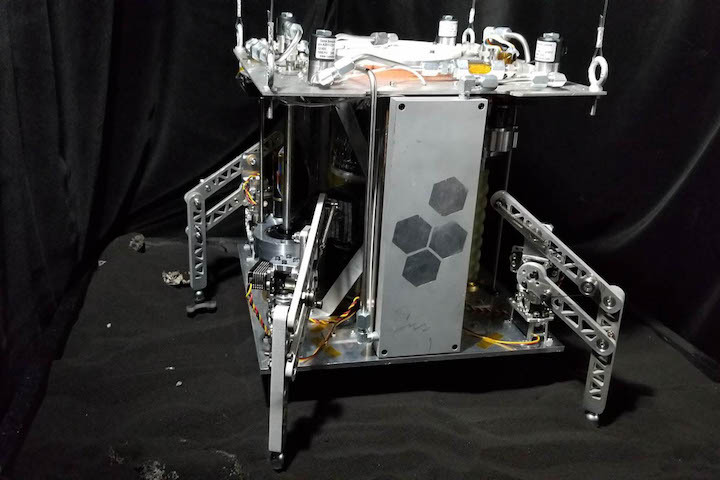 By using steam rather than fuel, the World Is Not Enough (WINE) spacecraft prototype can theoretically explore “forever,” as long as water and sufficiently low gravity is present

The development of this type of spacecraft could have a profound impact on future exploration. Currently, interplanetary missions stop exploring once the spacecraft runs out of propellant.

“Each time we lose our tremendous investment in time and money that we spent building and sending the spacecraft to its target,” Metzger says. “WINE was designed to never run out of propellant so exploration will be less expensive. It also allows us to explore in a shorter amount of time, since we don’t have to wait for years as a new spacecraft travels from Earth each time.”

The project is a result of the NASA Small Business Technology Transfer program. The program is designed to encourage universities to partner with small businesses, injecting new scientific progress into marketable commercial products.

“The WINE-like spacecrafts have the potential to change how we explore the universe.” – Kris Zacny, vice president of Honeybee Robotics

“The project has been a collaborative effort between NASA, academia and industry; and it has been a tremendous success,” says Kris Zacny, vice president of Honeybee Robotics. “The WINE-like spacecrafts have the potential to change how we explore the universe.”

Metzger is an associate in planetary science research at UCF’s Florida Space Institute. Before joining UCF, he worked at NASA’s Kennedy Space Center from 1985 to 2014. He earned both his master’s (2000) and doctorate (2005) in physics from UCF. Metzger’s work covers some of the most exciting and cutting-edge areas of space research and engineering. He has participated in developing a range of technologies advancing our understanding of how to explore the solar system. The technologies include: methods to extract water from lunar soil; 3D printing methods for structures built from asteroid and Martian clay, and lunar soil mechanic testers for use by gloved astronauts.