Orbital Reflector,’ a 100-foot long, diamond-shaped balloon, aims to inspire humans to gaze up at the night sky with a renewed sense of wonder 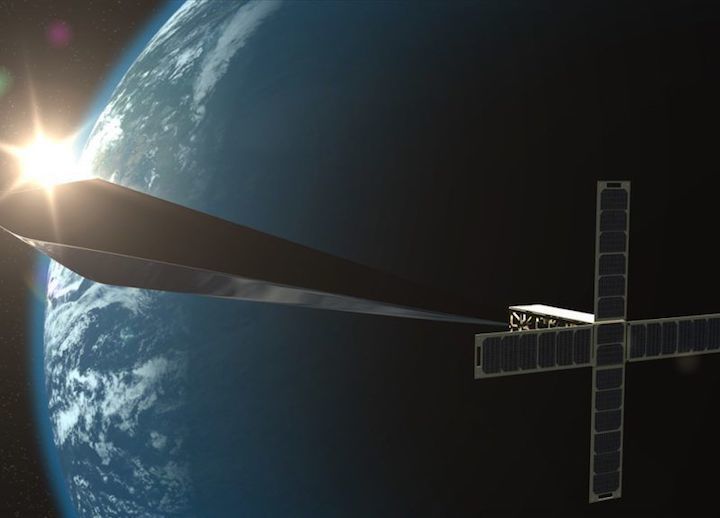 Artist’s rendering of “Orbital Reflector,” a reflective space sculpture set to be launched into space this October (Courtesy of Trevor Paglen/the Nevada Museum of Art)

Come fall, a new celestial body will join the stars, planets and miscellaneous debris scattered across the night sky, orbiting Earth roughly every 90 minutes and emitting a steady glow on par with the stars in the Big Dipper.

Unlike the majority of man-made items littered throughout space, this 100-foot long, diamond-shaped balloon—a pseudo-satellite dubbed “Orbital Reflector”—has no apparent purpose. It can’t track the weather and climate back on Earth, transmit radio signals or even observe other astronomical bodies; instead, its job is to inspire wonder as a purely artistic structure.

Trevor Paglen, the mastermind behind “Orbital Reflector,” believes his creation will encourage “all of us to look up at the night sky with a renewed sense of wonder, to consider our place in the universe, and to reimagine how we live together on this planet.” Others disagree, arguing that such artistic endeavors produce unnecessary light pollution that interferes with astronomical investigations.

Earlier this year, Peter Beck, CEO of space startup Rocket Lab, released a similarly reflective sculpture into orbit, George Dvorsky reports for Gizmodo. At the time, Jonathan McDowell, an astrophysicist at the Harvard-Smithsonian Center for Astrophysics, likened the work, dubbed “Humanity Star,” to “a neon advertising billboard right outside your bedroom window.”

Columbia University astrophysicist Caleb Scharf expressed similar sentiments in a Scientific American blog post, writing, “It feels to me like yet another invasion of my personal universe, another flashing item asking for eyeballs. It’s hogging some of that precious resource, the dark night sky, polluting part of the last great wilderness.” 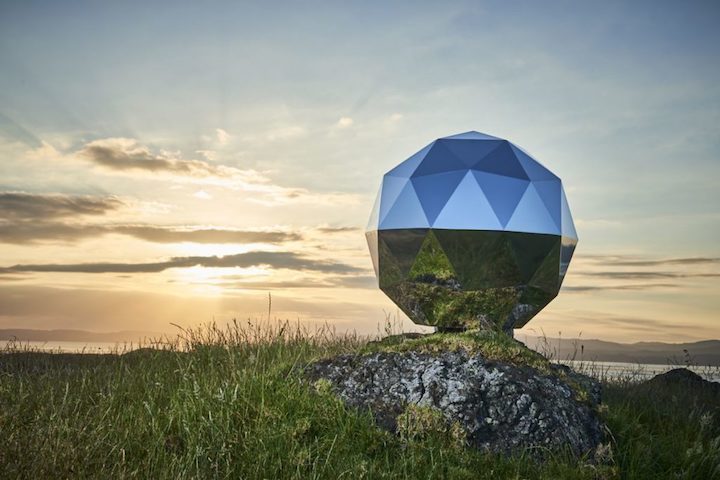 Compared to Beck’s three-foot-wide reflective mirror ball, Paglen’s football field-sized creation may incite even greater controversy, particularly as it could pave the way for additional launches of non-functional satellites.

According to Artnet News’ Sarah Cascone, “Orbital Reflector” is constructed out of polyethylene coated with titanium dioxide, affording it a shiny, mylar-like appearance. During the initial launch into space, the balloon-like structure will be squeezed into a brick-sized satellite. Once the satellite settles into a stable orbit roughly 360 miles above the planet’s surface, “Orbital Reflector” will inflate to its full size and begin reflecting light back to Earth. Three months later, the sculpture will fall out of orbit and disintegrate in a final blaze of glory.

“Any disruption will be minimal at best,” Amanda Horn, director of communications for the Nevada Museum of Art, which co-funded the project, tells Cascone. “Because people have a hard time imagining what this artwork will be, I think that their minds run amok. … This is not something that is a permanent fixture. It’s a romantic gesture. It’s land art in the sky.”

Paglen echoes Horn, suggesting to Artnet News that astronomers’ aversion to the sculpture is more symbolic than practical. Given the relative size and speed of “Orbital Reflector,” the artist argues that it’s “incredibly unlikely” the sculpture will end up blocking an astronomer’s telescope at the exact moment he or she is poised to make a landmark discovery. 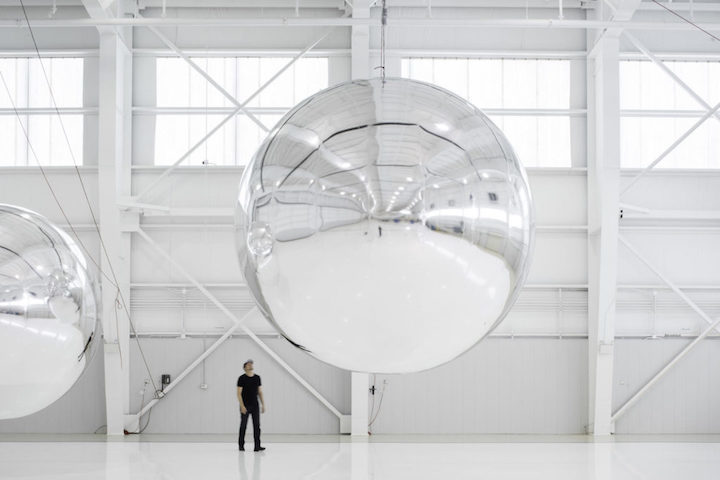 The current level of debris littering our solar system—according to NASA, more than 500,000 pieces ranging from marble-sized to softball-sized or larger—offers ammunition for both sides of the debate. This “space junk,” which mainly consists of detritus from defunct, man-made spaceships, already poses a collision threat to astronauts circling the Earth. Why should humans add to the existing swarm of debris, particularly without a specific scientific or military goal in mind?

Paglen’s answer: Such questions undermine the value of art. “Why are we offended by a sculpture in space,” he asks Cascone, “but we’re not [offended] by nuclear missile targeting devices or mass surveillance devices, or satellites with nuclear engines that have a potential to fall to earth and scatter radioactive waste all over the place?”

Gizmodo’s Dvorsky, author of articles entitled “Hey Artists, Stop Putting Shiny Crap Into Space” and “Astronomers Say Giant Disco Ball in Space Is Bad for Science,” is less than enthused about Paglen’s line of thinking, noting that “Orbital Reflector” may not have the aesthetic effect the artist anticipates.

“Someone needs to tell Paglen that many satellites ... are in fact visible to the naked eye,” Dvorsky writes. “An extra dot in the night sky for several weeks will hardly transform humanity’s impression of itself.”

Despite attracting astronomers’ ire, Paglen’s $1.3 million project—funded by a Kickstarter campaign and contributions from various sponsors, including the Nevada Museum of Art—will move forward unimpeded. And, if you’re hoping to catch a glimpse of the controversial sculpture firsthand, simply visit the star map available via the project’s website. Thanks to a North American Aerospace Defense Command, or NORAD, tracking number, stargazers will be able to follow “Orbital Reflector” as easily as eager children track Santa’s progress on Christmas Eve.