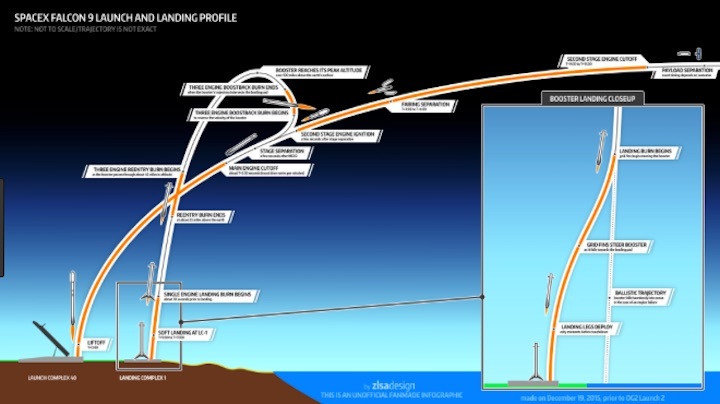 The Space Coast should see yet another early morning launch next weekend when a SpaceX Falcon 9 rocket blasts off from Cape Canaveral Air Force Station with a commercial communications satellite.

According to the latest Air Force schedules, teams will have between 1 a.m. and 6 a.m. on Sunday, July 22, to boost the Telstar 19 VANTAGE satellite for Canada-based Telesat from Launch Complex 40, though a precise liftoff time has not yet been released by SpaceX.

Telstar 19V will mark the second launch of a Block 5 version of Falcon 9, which includes improved reusability and performance compared to older Block 4 variants, the last of which flew late last month on a mission to resupply the International Space Station. The booster will attempt to land on SpaceX's Of Course I Still Love You drone ship shortly after liftoff and return to Port Canaveral several days later, kicking off the first of at least 10 re-flights with minimal refurbishment, according to CEO Elon Musk.

If moderately refurbished between missions, Musk said in May, Block 5s could fly up to 100 times, meaning SpaceX will only need 30 to 50 total boosters in rotation until its next-generation vehicle, known as Big Falcon Rocket, enters into service in the early 2020s. The company is currently building a BFR manufacturing facility at the Port of Los Angeles.

Built by SSL in California, Telstar 19V will focus on Canada, Latin America, the Caribbean and North Atlantic with high-speed broadband and other services.

Join FloridaToday.com/Space for countdown chat and updates at 1 a.m. Sunday, including streaming of SpaceX’s launch webcast starting about 15 minutes before liftoff.