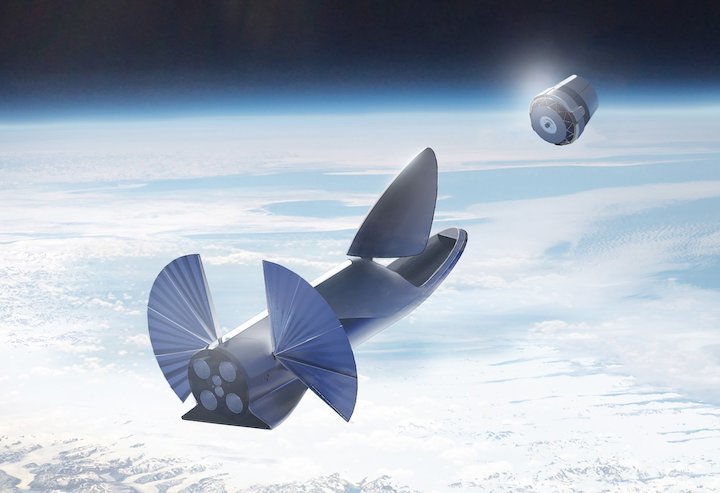 Speaking at the Exoplanets II conference in Cambridge, UK July 6th, geophysicist and exoplanet hunter Dr. Debra Fischer briefly revealed that NASA had funded a study that would examine SpaceX’s next-gen BFR rocket as an option for launching LUVOIR, a massive space telescope expected to take the reigns of exoplanet research in the 2030s.

Conceptualized to follow in the footsteps of NASA’s current space telescope expertise and (hopefully) to learn from the many various mistakes made by their contractors, the LUVOIR (shorthand for Large UV/Optical/IR Surveyor) concept is currently grouped into two different categories, A and B. A is a full-scale, uncompromised telescope with an unfathomably vast 15-meter primary mirror and a sunshade with an area anywhere from 5000 to 20000 square meters (1-4 acres). B is a comparatively watered-down take on the broadband surveyor telescope, with a much smaller 8-meter primary mirror, likely accompanied by a similarly reduced sunshade (and price tag, presumably).

Remember, this is a space telescope that would need to fit into the payload fairing of a rocket, survive the launch into orbit, and then journey nearly one million miles from Earth to its final operational destination, all before deploying a mirror and starshade as large or larger than Mr Steven’s SpaceX  fairing recovery net. The James Webb Space Telescope (JWST), a rough successor to Hubble with a 6.5-meter primary mirror, is the only space telescope even remotely comparable to LUVOIR, and it has yet to launch after suffering a full decade of delays and almost inconceivable budget overruns. All we can do is hope that Northrop Grumman (primary contractor for JWST) is kept away from future giant space telescopes like LUVOIR.

Nevertheless, the sheer scale of LUVOIR brings us back to an existential problem faced by all space telescopes – how to get into space in the first place. In this case, JWST offers a small taste of what launching such a large telescope requires, although it only truly applies the 8m LUVOIR B. The reason LUVOIR’s conceptual design was split into two sizes is specifically tied to the question of launch, with LUVOIR B’s 8m size cap dictated by the ~5 meter-diameter payload fairings prevalent and readily available in today’s launch industry. 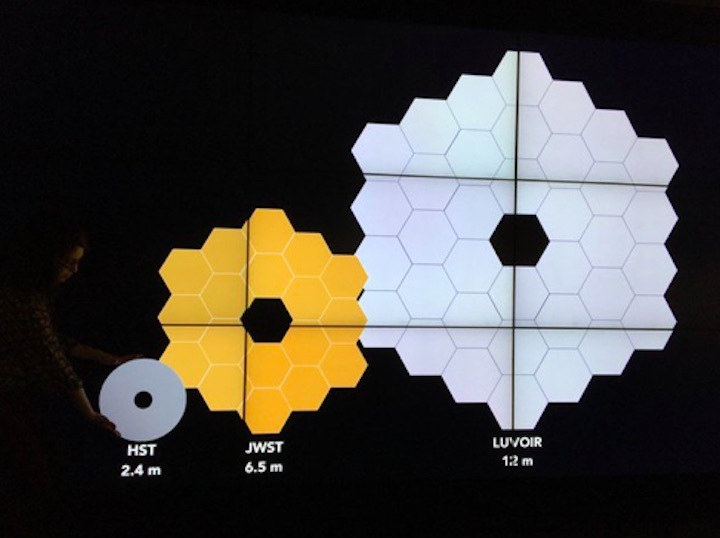 LUVOIR A’s 15-meter mirror, however, would require an equally massive payload fairing. At least at the start, LUVOIR A was conceptualized with NASA’s Space Launch System (SLS) Block 2 as the launch vehicle, a similarly conceptual vehicle baselined with a truly massive 8.4 or 10-meter diameter payload fairing, much larger than anything flown to this day. However, the utterly unimpressive schedule performance of the SLS Block 1 development – let alone Block 1B or 2 – has undoubtedly sown more than a little doubt over the expectation of its availability for launching LUVOIR and other huge spacecraft. As a result, NASA has reportedly funded the exploration of alternative launch vehicles for the A version of LUVOIR – SpaceX’s Cargo BFR variant, in this case.

While only a maximum of 9 meters in diameter, the baselined cargo spaceship’s (BFS Cargo) payload bay has been estimated to have a usable volume of approximately 1500 cubic meters, comparing favorably to SLS’ 8.4 and 10-meter fairings with ~1000 to ~1700 cubic meters. The more traditional SLS fairing may offer more flexibility for minimizing complex deployment mechanisms for large telescopes (a sore spot for JWST), but SLS Block 2 is almost entirely up in the air at the moment, and liable to cost $5-10 billion alone to develop even after SLS Block 1 is flying (NET mid-2020). On the other hand, barring abject and total failure, SpaceX’s BFR rocket and spaceship could have many, many launches under its belt and a proven track record of reliability, whereas SLS Block 2 is unlikely to fly more than a handful of times ever, even if it gets built. 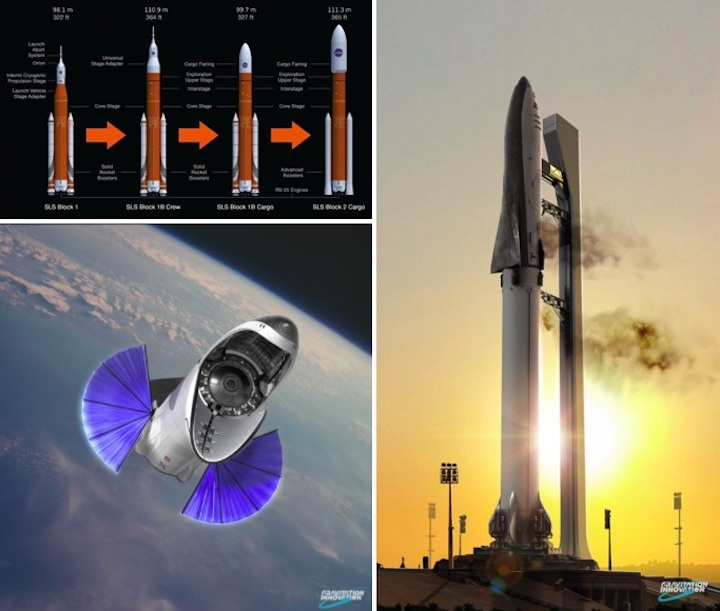 With any luck, the results of the LUVOIR SpaceX BFR launch analysis will make their way into the public sphere once the study is completed, perhaps revealing a few tidbits about the capabilities of the next-generation composite rocket. Another astrophysicist familiar with the project also noted that Blue Origin was firmly in the running of similar conceptual launch studies, hinting at a potential competition for commercial launches of each company’s massive future rockets.