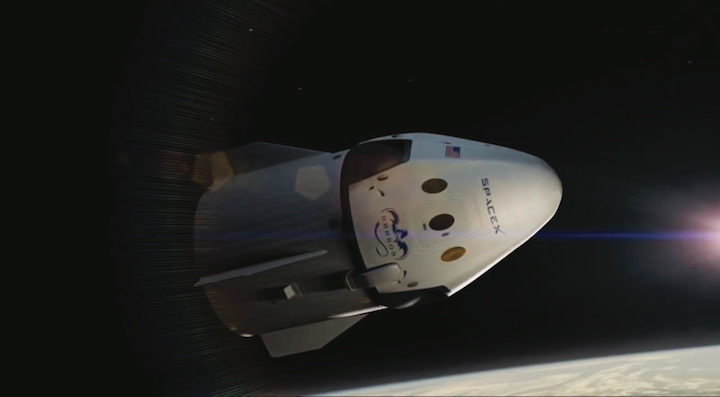 CINCINNATI — The first SpaceX Crew Dragon spacecraft has completed a series of tests at a NASA center that may put the spacecraft one step closer to an uncrewed test flight later this year.

In a speech at the American Institute of Aeronautics and Astronautics’ Propulsion and Energy Forum here July 9, Janet Kavandi, director of NASA’s Glenn Research Center, said the spacecraft recently left the center’s Plum Brook Station after a series of thermal vacuum and acoustics tests.

“They just left yesterday or today,” she said in her remarks at the conference. “They’ve been out there twice, at least, at Plum Brook Station.” She didn’t disclose the outcome of the tests, and SpaceX did not respond to an email requesting comment on the status of the test.

The company previously indicated that the testing at Plum Brook was the last milestone before the spacecraft was shipped to Florida for final testing and integration with its Falcon 9 rocket. “Once complete, Crew Dragon will travel to Kennedy Space Center in Florida ahead of its first flight,” the company said in a June 20 Instagram post about the tests that were ongoing at Plum Brook. 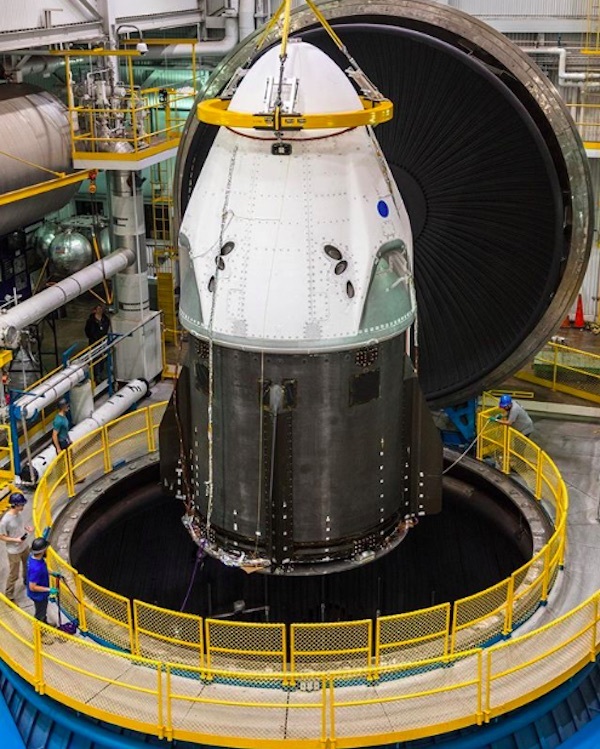 Jessica Jensen, director of Dragon mission management at SpaceX, also said the Plum Brook tests were the last before the spacecraft is shipped to Florida for launch. “Once it leaves Plum Brook, it’s going to come down to Cape Canaveral for final launch processing,” she said at a June 28 briefing at the Kennedy Space Center about the launch of a Dragon cargo spacecraft to the International Space Station.

That launch will be the first of two test flights of the Crew Dragon vehicle, this one without a crew. NASA schedules released earlier this year, representing the most recent public updates for commercial crew test flights, said that the uncrewed Dragon test flight would take place in August, followed by a crewed test flight in December. SpaceX officials have stuck to that schedule in recent comments.

However, at that same KSC briefing last month, NASA acknowledged some changes in those schedules were likely because of development delays as well as finding slots in the overall visiting vehicle schedule for the ISS.

“We’re evaluating exactly when opportunities might be and when they’ll be ready, but we’re not ready to set an official date at this point in time,” Kirk Shireman, NASA ISS program manager, said at that June 28 briefing when asked about revised schedules for both Boeing and SpaceX commercial crew test flights. He added that updates would be coming “very soon.”