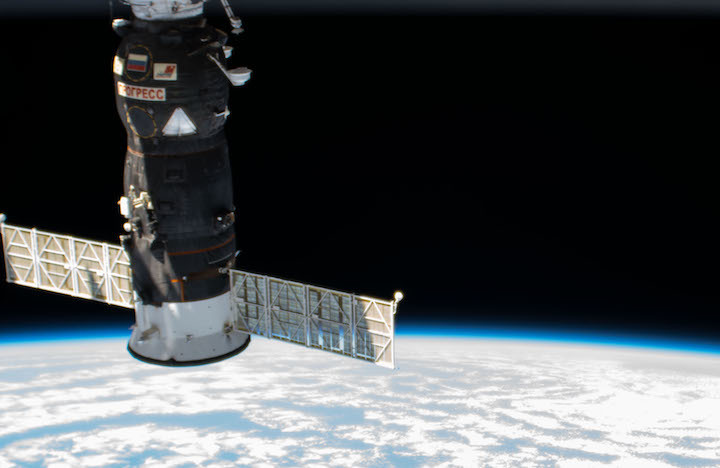 A Russian cargo ship loaded with almost three tons of food, fuel and supplies is set to launch to the International Space Station Monday, July 9. Live coverage of the spacecraft’s launch and docking will air on NASA Television and the agency’s website.

The Progress 70 cargo vehicle, planned for a fast-track to the space station, will dock at 9:39 p.m. NASA TV coverage of docking will begin at 9 p.m. The less-than-four-hour trip will demonstrate an expedited capability that may be used on future Russian cargo and crew launches.

Progress 70 will remain at the orbital outpost until late January 2019. 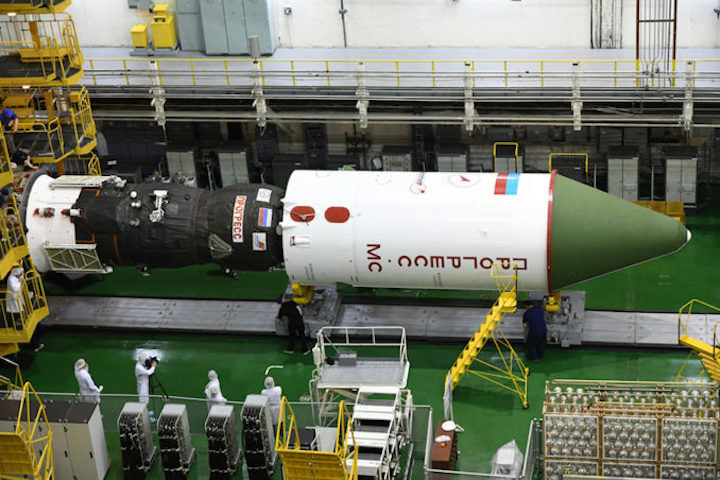 The Progress MS-09 cargo craft will blast off on top of a Soyuz-2.1a rocket at 2151 GMT (5:51 p.m. EDT) Monday from the Baikonur Cosmodrome in Kazakhstan, where liftoff is set to occur at 3:51 a.m. local time Tuesday.

The three-stage Soyuz rocket emerged from its hangar at Baikonur shortly after sunrise Saturday for the rail journey to the nearby Site 31 launch complex, where hydraulic pistons engaged to raise the launcher vertical. A retractable gantry structure enclosed the Soyuz rocket to give ground crews access to the vehicle for final countdown and fueling preparations.

The mission will be the 70th Russian Progress resupply launch to the International Space Station, and the second Progress flight this year.

Shrouded in a nose fairing atop the Soyuz launcher, the automated Progress MS-09 supply ship is packed with nearly three tons of equipment, experiments, food, fuel and water.

The Soyuz-2.1a rocket will dispatch the cargo capsule toward the northeast from the Baikonur Cosmodrome about the same time the space station sails overhead in its orbit, shortening the distance the Progress MS-09 spacecraft must close before docking.

Four kerosene-fueled first stage boosters will shut down and jettison from the Soyuz rocket around two minutes after liftoff, and the fairing shroud covering the Progress supply ship will separate a short time later. The Soyuz second stage will fall away around five minutes after liftoff, and the third stage’s RD-0110 engine will ignite to sed the Progress spacecraft into orbit.

The Progress MS-09 spacecraft will separate from the Soyuz rocket’s third stage less than nine minutes after liftoff, unfurl its solar arrays and navigation antennas, and almost immediately commence a series of orbit-raising thruster firings to approach the space station.

Assuming the rendezvous goes according to plan, the supply ship will approach the station with the aid of a Kurs navigation radar, align itself with the Pirs module on the research outpost, and close in for an automated link-up at 0139 GMT Tuesday (9:39 p.m. EDT Monday), less than four hours after liftoff from Kazakhstan.

If the Russian freighter pulls off the fast-track rendezvous, it will be the quickest trip from liftoff to docking by a spacecraft visiting the International Space Station.

Until 2012, Russian cargo and crew flights launched on trajectories that took two days to travel to the space station. The leisurely rendezvous profile spread out the required maneuvers to approach the 450-ton orbiting research complex.

But Russian officials launched a Progress supply ship on an accelerated six-hour rendezvous for the first time in 2012, and began using the fast-track approach for Soyuz crew missions in 2013. The six-hour trip occurs as the space station and visiting spaceship make four orbits of the Earth, while the even quicker journey planned Monday takes place over two orbits.

Russia’s first two attempts to demonstrate the two-orbit rendezvous technique during Progress resupply flights last October and in February had to be canceled.

Launch attempts on the last two Progress missions were scrubbed in the final minute before liftoff. In both cases, Russian technicians replaced a control unit inside the Soyuz rocket to correct the problem.

Both missions successfully launched and reached the space station, but they missed narrow launch opportunities that would have permitted fast-track, same-day dockings. Instead, the Progress resupply freighters reverted to longer, two-day rendezvous profiles.

The space station must be flying near the launch base in Kazakhstan to make an expedited rendezvous feasible, and such fortuitous timing is not possible every day.

Russian officials hope to introduce the accelerated two-orbit rendezvous profile on future crewed Soyuz missions, once the swift approach is demonstrated on unpiloted Progress flights. The quicker trip would reduce the workload for Soyuz crews, and require cosmonauts and astronauts to spend less time inside the Soyuz capsule’s cramped quarters.

Photos of the Soyuz rocket’s rollout Saturday to the Site 31 launch complex at the Baikonur Cosmodrome are posted below. 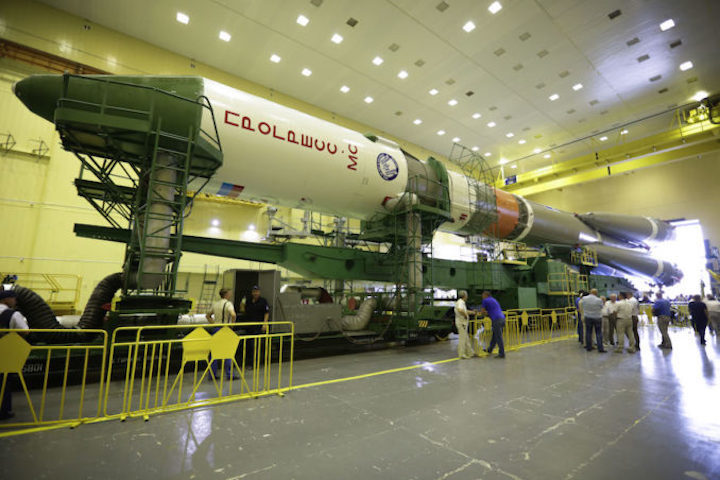 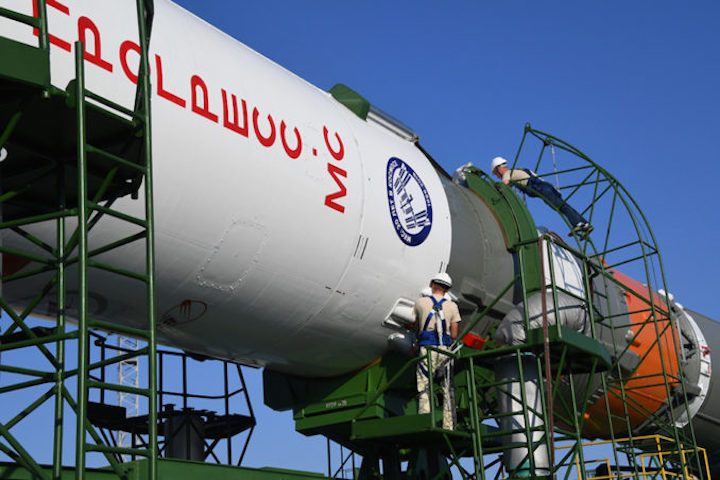 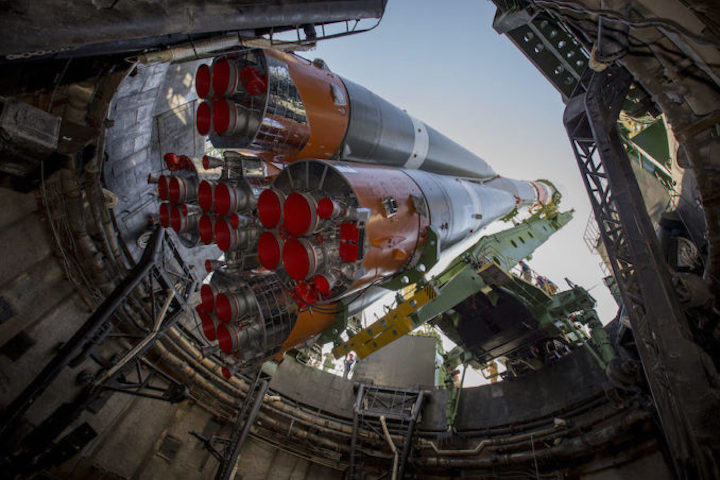 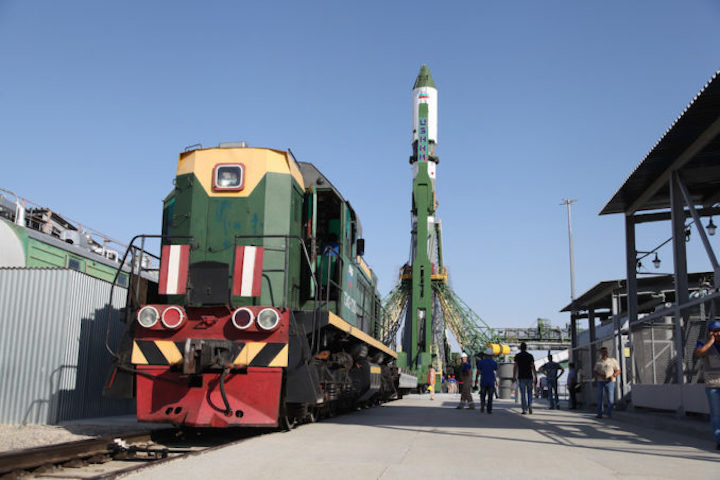 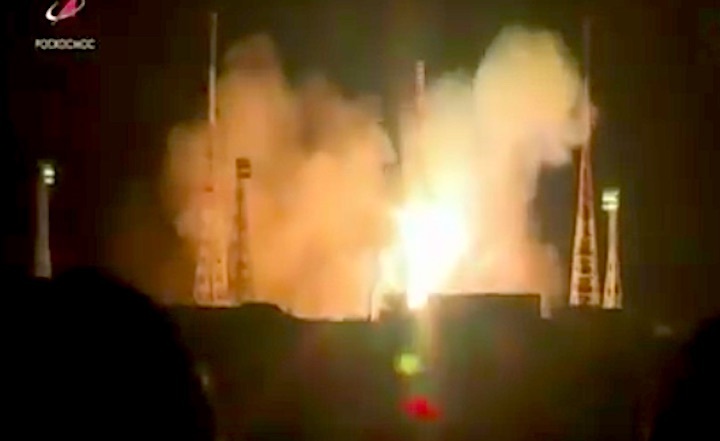 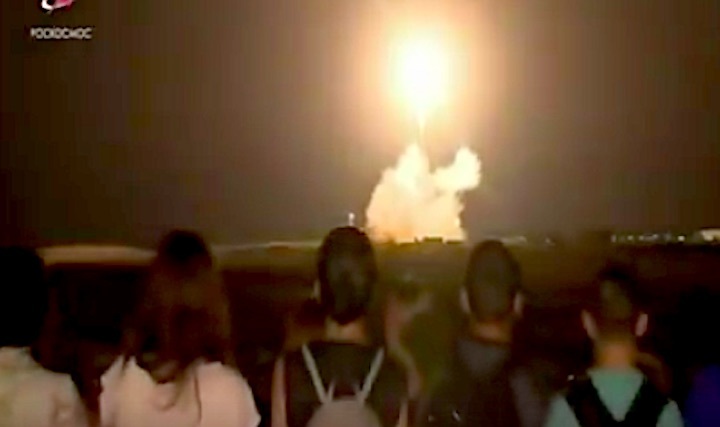 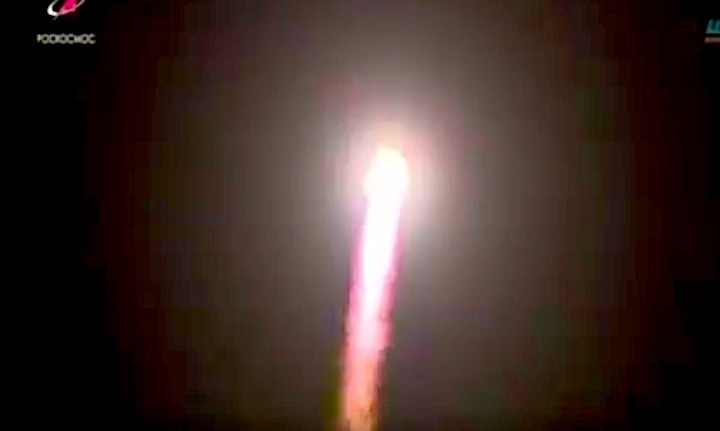 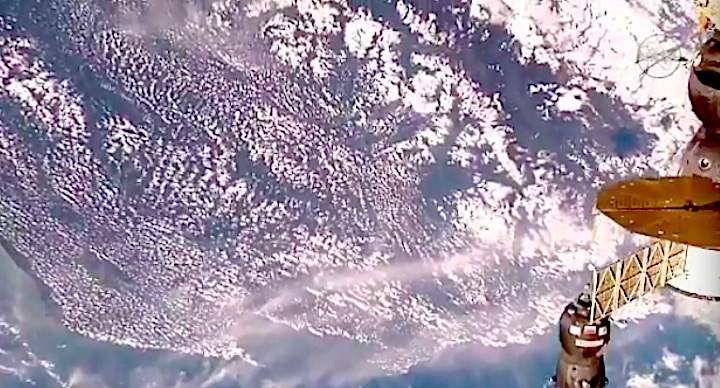 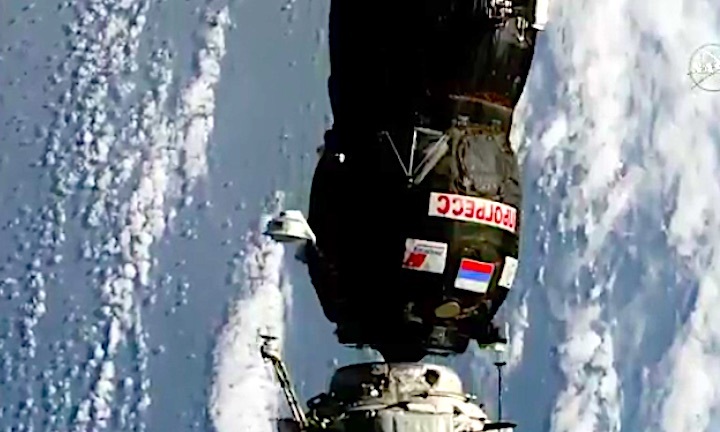 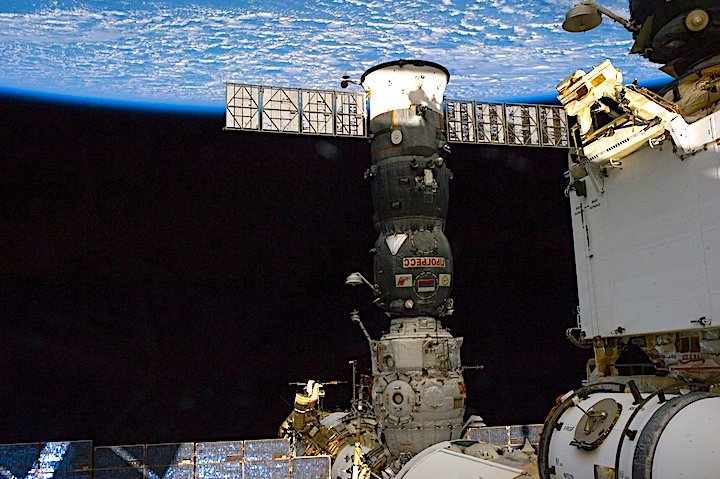