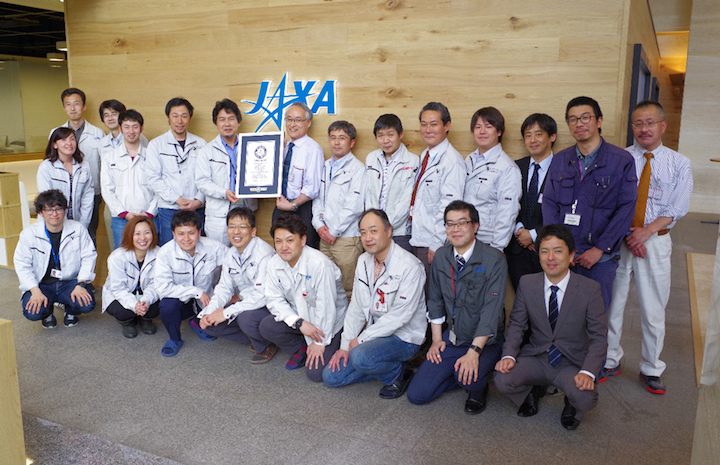 2. SS-520 No. 5 Mission Overview and Future
SS-520 No. 5 mission brought both to JAXA and the private partners the cost-efficient technology to develop small spacecraft in a short time, the technology JAXA deems as essential to realize internationally competitive small satellites and their deployment mechanism. JAXA also contributed to the growth of future human resources specialized in the field.
JAXA intends to apply the mission results to technologies to conduct experiments and observations in space. The acquired technology will be used for orbital transportation services and other capabilities. It is JAXA’s desire to make the small satellite launch system affordable to the part of the world which otherwise could not benefit. JAXA hopes that the leading technologies illustrated in the SS-520 mission will spread to industries and academia and become available to many.

Hiroto Habu, SS-520 No. 5 Project Manager:
Were it not for Japanese high scientific standard and solid basis for rocket development and operation that our country cultivated for years, the unprecedentedly small rocket launch could not have been a success. I will build on the results and bring them to a higher level. The SS-520 No. 5 is a three-stage rocket that is a modification of the SS-520 two-stage sounding rocket. On February 3, 2018, SS-520 No. 5 was launched from the JAXA Uchinoura Space center, followed by successful orbital insertion of its payload, “Tasuki”(TRICOM-1R). The experiment has been approved by the Ministry of Economy, Trade and Industry, as part of its SERVIS project (Space Environment Reliability Verification Integrated System).