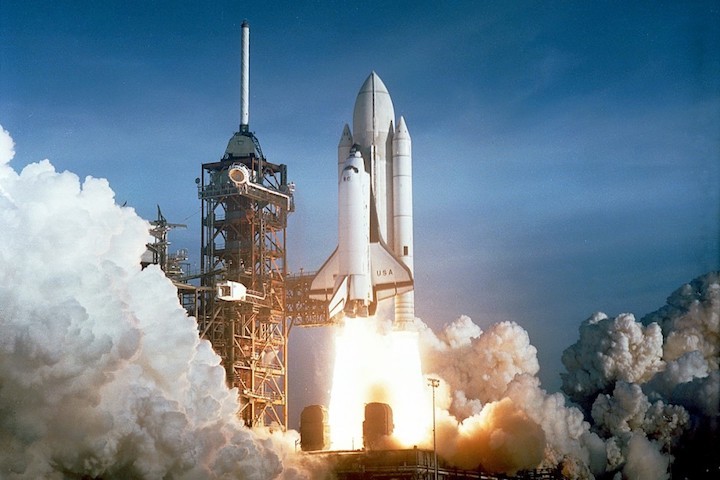 What we refer to as “space” is actually plenty more than just empty space. This expanse contains peculiar discoveries waiting to be found. Sometimes, these discoveries even prove larger than initially expected. While space exploration has recently slowed, we know man will eventually turn his eyes back to space. The past 50,000 years of recorded history attests to this. If this history of technological creation and innovation were to be compressed into 50 years, we would have only developed penicillin, television and nuclear power in the last week. In the words of President John F. Kennedy, “This is a breathtaking pace.” As our history shows, mankind will not stop until every question has a feasible answer. Thus, resuming exploration into space is a question of when, rather than if — and the answer must be now.

Space exploration directly benefits every American household in the country technologically, financially and culturally. While it’s hard to imagine how a rocket hurling through Earth’s atmosphere impacts the daily life of someone attending school or working at a job, space exploration actually shapes the entire world around us. Without the intrepid space exploration that began in the 1960s, America would be a blander, less productive country. Technology such as the laptop, GPS and high definition satellite television — all essential to students on Grounds — would have never developed as quickly without space exploration.

Why should space exploration be thanked for this? Such technologies are a direct result of the NASA working to overcome obstacles hindering exploration through a simple process. First, NASA encounters a problem by running into an obstacle or challenge. To overcome the obstacle, NASA contracts private companies to develop technology suited to fit NASA’s needs. NASA uses these contracts to fund the developments these companies undertake. The company invents the technology, which NASA then gratefully uses to overcome its obstacle. Finally, the company takes the technology it invented, modifies the technology into something it can market, and begins mass producing and selling it at affordable rates.

Financially, the latter part of this process is exactly where America benefits. Several studies provide statistical evidence to support the process. When scholars at Georgetown University studied 15 companies in 2002, they noted a $1.5 billion combined profit from the comparatively measly $64 million total contract the companies were awarded. A later report by the Space Foundation found every $1 invested in NASA returned $10 back to the economy. Thus, the tools college students use today to excel academically are affordable, marketed versions of similar tools astronauts used to reach the Moon.

Ironically, the exploration of other planets brings environmental relief and solutions to our own beautiful planet as well. Thanks to thoughtful collaboration between NASA and private companies, a remarkable technology known as Petroleum Remediation Product is currently deployed to clean ocean oil spills. Spills are cleaned up using thousands of tiny balls of beeswax. Inside a tiny capsule holding the beeswax in a circular shape, crude chemicals within the oil-tainted water are absorbed from the water and trapped. Thus, the harmful chemicals are contained in technologies originally developed for space exploration. Specifically, early work originally by the Marshall Space Centerto experiment with the orbital production of microspheres served as a foundation for the product’s design.

America not only benefits from space exploration technologically and financially, but the nation experiences unification as well. Diving into the history of the turbulent 1960s, Americans experienced unforgettable events of violence and frustration. Not only did 100,000 protesters march on Washington D.C. to protest the Vietnam War in 1967, but both President Kennedy and civil rights leader Martin Luther King Jr. were brutally assassinated within the same decade. As a distraught society appeared to tremble in a volatile period of our history, NASA made a bold achievement. On Christmas Eve of 1968, three American astronauts became the first humans to orbit the moon and transmit communications back to Earth during one of the most widely viewed televised programs at the time. Such an astronomically challenging feat united Americans during a difficult decade, instilling the belief that America was not down for the count. This achievement increased vigor in reaching the moon the next year, as humans had visited and returned from the moon in one piece. As the Economist later discovered during a study decades later, the Apollo missions were viewed as “a bright spot in a bleak period.”

To continue unleashing the genius of man, building faith in our country and paving a way forward to new discoveries and revolutionary advances, America must bravely continue space exploration. Although a daunting task, America boasts a proud history of discovery. After all, was the United States of America not founded by those who pursued a brighter future? Space exploration helped create jobs, improved education, created a new market opportunity and inspired scientific thinkers. Most importantly, space exploration ushered America into a new technological age — one in which we still use products from space exploration today. America cannot remain a technological leader if it does not pioneer the exploration of this vast frontier. Therefore, the time for exploration is now.