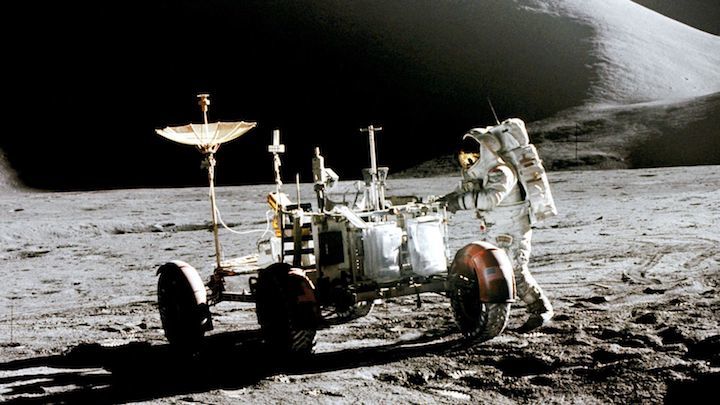 NASA is so devoted to lunar exploration that it’s shutting down its moon rover.

As part of its Resource Prospector mission, NASA was developing a lunar rover that would search one of the moon’s poles for compounds essential to human life, such as hydrogen, oxygen, and water. The concept was still being formulated, with a goal of launching in the 2020s.

But on April 26, members of the team were abruptly ordered to shut down the project by the end of May, NASA Watch reported. Scientists were reportedly rocked by the decision, which seems at odds with US president Donald Trump’s Space Policy Directive to send astronauts back to the moon.

The trouble arose after NASA shifted the project’s focus from human exploration to research with different goals than the Resource Prospect mission, The Washington Post reported (paywall). An interdisciplinary group that includes lunar scientists, called the Lunar Exploration Analysis Group, wrote new NASA administrator Jim Bridenstine to get the project back on track, as part of the human exploration program.

NASA said on April 27 that it was developing an exploration strategy, in line with Trump’s directive, to meet its expanded lunar exploration goals. The agency noted some instruments from Resource Prospector will still be utilized, and that it’s planning a series of robotic missions to the lunar surface. 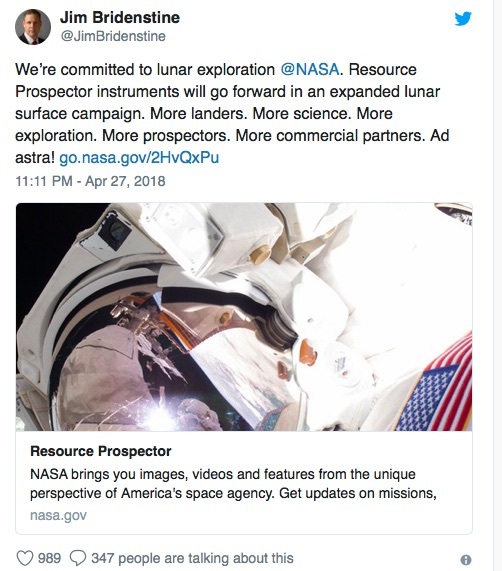 NASA’s press office was closed on Sunday and could not be reached by press time for further clarification.