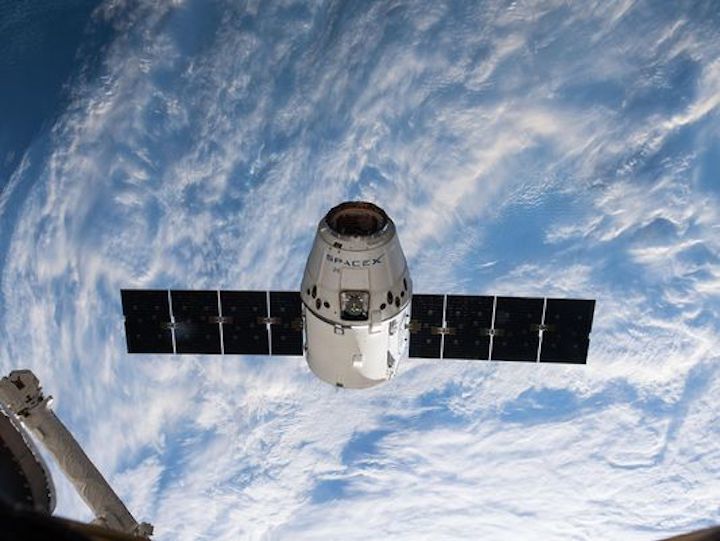 A SpaceX mission launched from Cape Canaveral in early April to resupply the International Space Station will come full circle when a Dragon spacecraft splashes down in the Pacific Ocean next week.

At 10:22 a.m. Eastern time Wednesday, SpaceX's Dragon spacecraft will be released from the ISS and target a splashdown in the Pacific off the coast of Baja, California with return cargo and science experiments. Dragon originally launched with 5,800 pounds of food, equipment and experiments.

NASA will air the departure at nasa.gov/multimedia/nasatv/ beginning at 10 a.m.

The mission, SpaceX's 14th of 20 under NASA's Commercial Resupply Services contract, blasted off on a previously flown Falcon 9 rocket at 4:30 p.m. on April 2 from Cape Canaveral Air Force Station's Launch Complex 40. The 156-foot-tall booster first flew on CRS-12 in August 2017, while Dragon flew on CRS-8 in April 2016.

Dragon is the only spacecraft currently in operation that can return large amounts of cargo from space, including a passenger for this mission: Robonaut 2, a humanoid robot developed by NASA and General Motors that was delivered to the station in 2011. Teams are expected to repair electrical issues and send it back to the ISS in about a year.