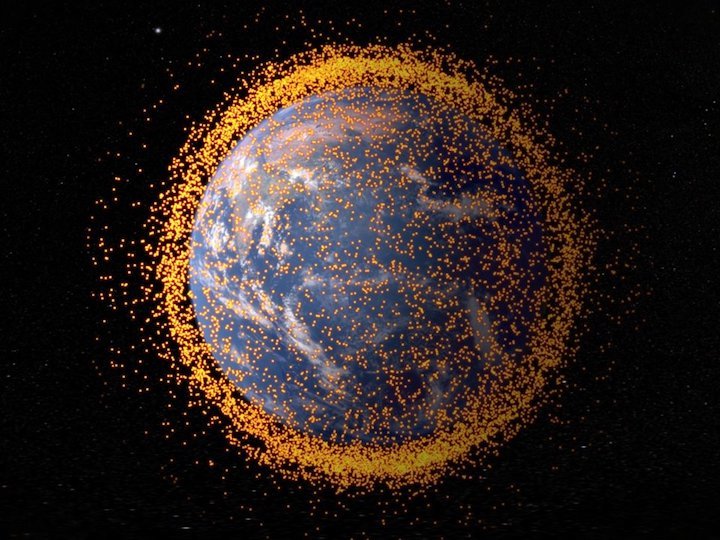 China's Tiangong-1 space station fell to Earth on April 2, raining debris over a patch of Pacific Ocean some 2,500 miles south of Hawaii.

But Tiangong-1 is just the tip of the space-junk iceberg.

There are about 23,000 satellites, rocket bodies, and other human-made objects larger than a softball in orbit. There may also be some 650,000 softball-to-fingernail-size objects and 170 million bits of debris smaller than the tip of a pen — stuff like flecks of paint and fragments of explosive bolts.

There's a real risk that something may smash into something else up there, and it often does. Each piece of junk is screaming around our planet at roughly 17,500 mph, or 10 times faster than a bullet. Jack Bacon, a senior scientist at NASA in 2010, told Wired that a hit by a 10-centimeter sphere of aluminum would be akin to detonating 7 kilograms of TNT.

Avoiding such catastrophic collisions is vital to ensuring humans can still access space without have their hardware or spaceships whacked by debris.

With space exploration and commerce about to boom, it's more important than ever to keep track of all the junk.

Thankfully, the Space Surveillance Network (SSN) does just that.

Why space junk poses such a major threat 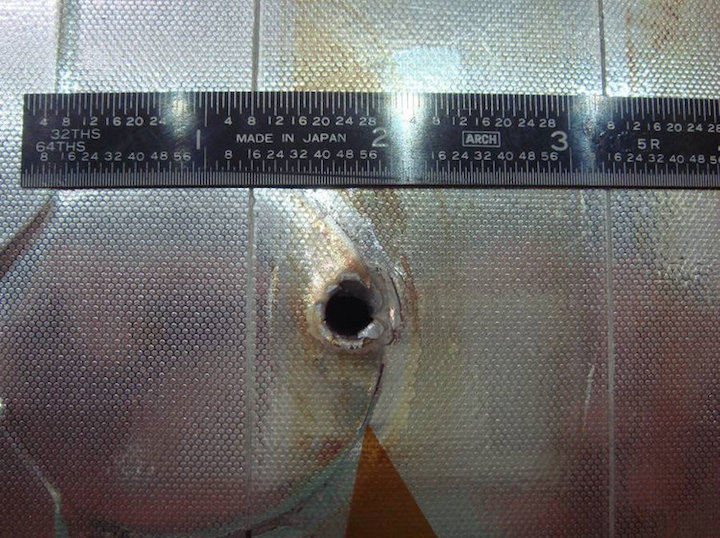 A piece of space debris punched this hole in space shuttle Endeavour’s radiator.

Led by the US military, the SSN uses an global network of partners to identify, track, and share information about objects in space — especially any potential close calls.

"In 2017, we provided data for 308,984 events," Diana McKissock, a flight lead with the US Air Force's 18th Space Control Squadron, which helps track space debris for the SSN, previously told Business Insider.

The reason the SSN pays such close attention is that just one major collision can have huge ramifications. A crash would create even more debris, meaning there'd be a much greater chance of more collisions in the future.

In a Kessler syndrome event, one collision begets other collisions, and quickly spreads debris in a catastrophic chain-reaction.

A Kessler syndrome event could create an Asteroid Belt-like field of debris in large regions of space around Earth. Those zones could wind up being too risky to fly new satellites or spaceships into for hundreds of years, which would severely limit human access to the final frontier.

A vivid example of the Kessler syndrome is in the movie "Gravity," in which an accidental space collision endangers a crew aboard a large space station.

How dangerous space junk is found and tracked 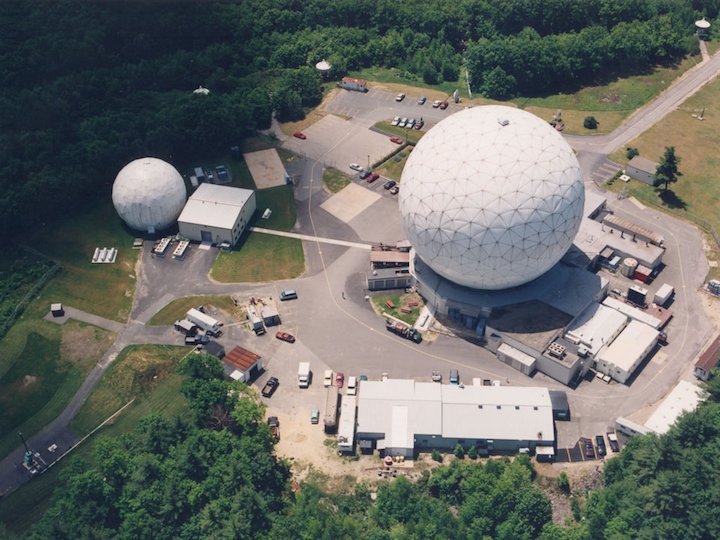 The SSN enlists the help of commercial companies and friendly governments around the world to keep tabs on it all. It uses about 30 different systems, and they come in four main flavors: satellites, optical telescopes, radar systems, and supercomputers.

The radar observatories can see things in space even when it's daylight, which is crucial for frequent, almost real-time tracking. In fact, just before Tiangong-1 fell to Earth, a radar observatory managed to image the plunging spacecraft in impressive detail. 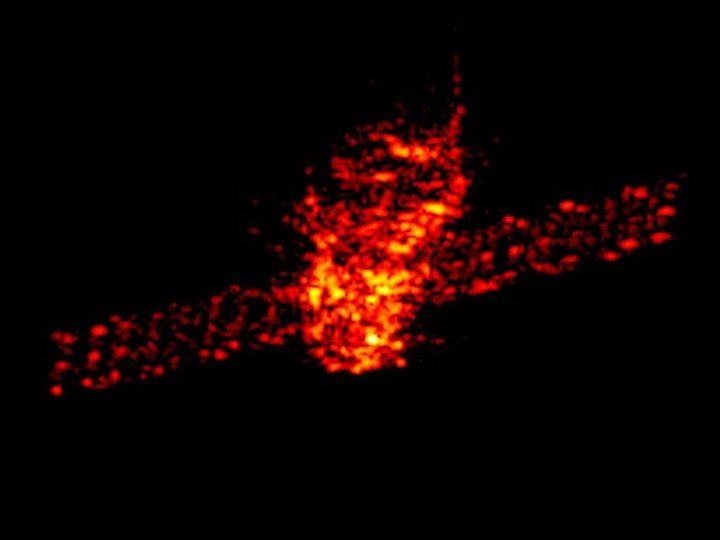 The main body and the solar panels of the Tiangong-1 in a radar image.

Optical telescopes on the groundalso keep an eye out, though they aren't always run by the government.

"The commercial sector is actually putting up lots and lots of telescopes," Jesse Gossner, an orbital-mechanics engineer who teaches at the US Air Force's Advanced Space Operations School, previously told Business Insider. The government then pays for their debris-tracking services.

Gossner said one major debris-tracking company is called Exoanalytic. It uses about 150 small telescopes set up around the globe to detect, follow, and report space debris to the SSN.

Then there are the satellites in space that track debris. Presumably these are optical telescopes, though less is known about them because they typically have top-secret military hardware. 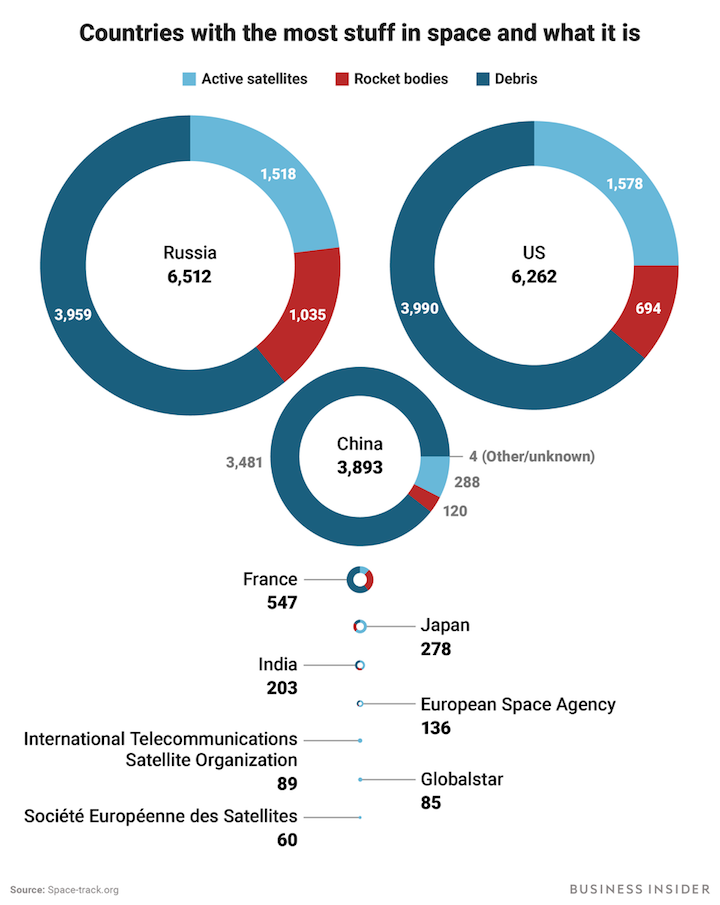 Observation data from these systems is fed to supercomputers, which help calculate an orbit and check against a catalog of known space debris and orbits. If there's no match, the object is flagged and added to a list.

Crucially, the SSN supercomputers constantly check the orbits of all satellites and known bits of space junk to see if there's any risk of future collision days in advance.

When the SSN warns the world about possible collisions 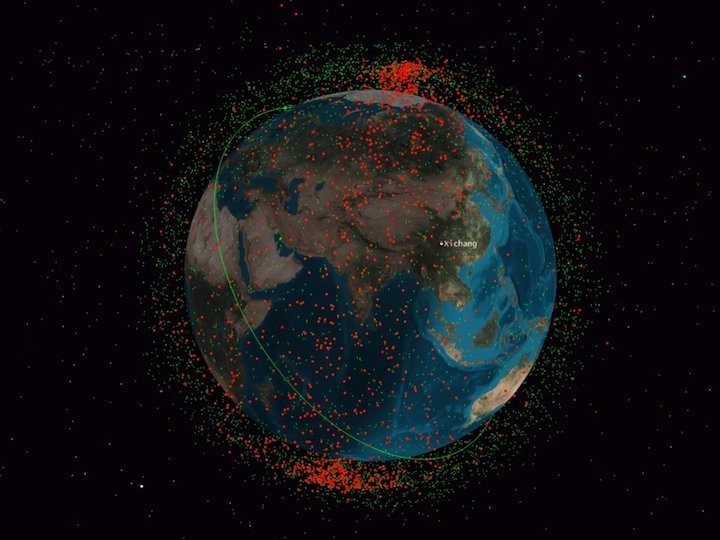 McKissock said the surveillance network issues two kinds of warnings to NASA, satellite companies, and other groups: basic and advanced.

The SSN issues a basic emergency report to the public three days ahead of a 1-in-10,000 chance of a collision. It then provides multiple updates per day until the risk of a collision passes.

To qualify for such reporting, a rogue object must come within a certain distance of another object. In low-Earth orbit, that distance must be less than 1 kilometer (0.62 mile); farther out in deep space, where the precision of orbits is less reliable, the distance is less than 5 kilometers (3.1 miles).

Advanced emergency reports are more conservative, with wider safety margins, to help satellite providers see possible collisions much more than three days ahead. Those are the roughly 300,000 events noted by McKissock.

Of these, "only 655 were emergency-reportable," she told Business Insider in an email.

And of those 655 reportable emergencies, some 579 close calls were in low-Earth orbit, an area that's relatively crowded with high-value satellites.

What satellite operators do if they get a collision alert 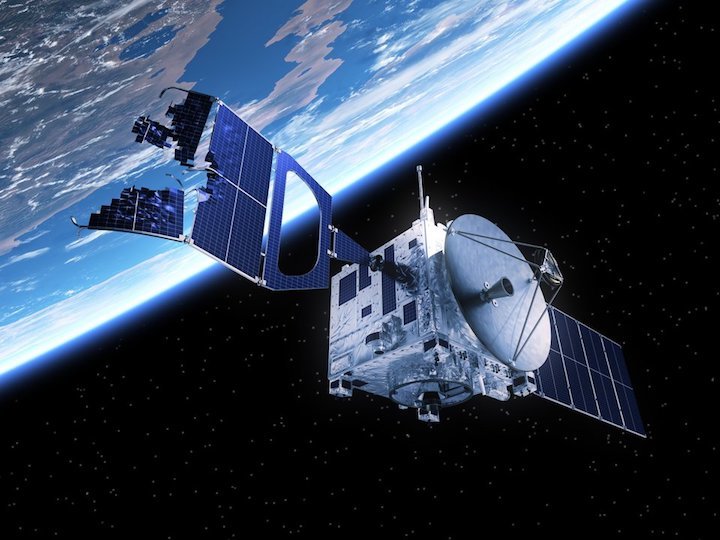 When a space company receives a SSN alert, they typically move their satellite into a different orbit — and out of harm's way — by burning a little propellant.

The biggest priority is avoiding damage to multi-million- or multi-billion-dollar satellites and keeping astronauts safe.

"It's just a matter of watching and, with our active satellites that we do control, avoiding collisions," Gossner said. "It becomes a very important problem not just for that satellite, but then for the debris that it would create."

Fortunately, McKissock added, "our everyday concern isn't something as catastrophic as the Kessler syndrome." 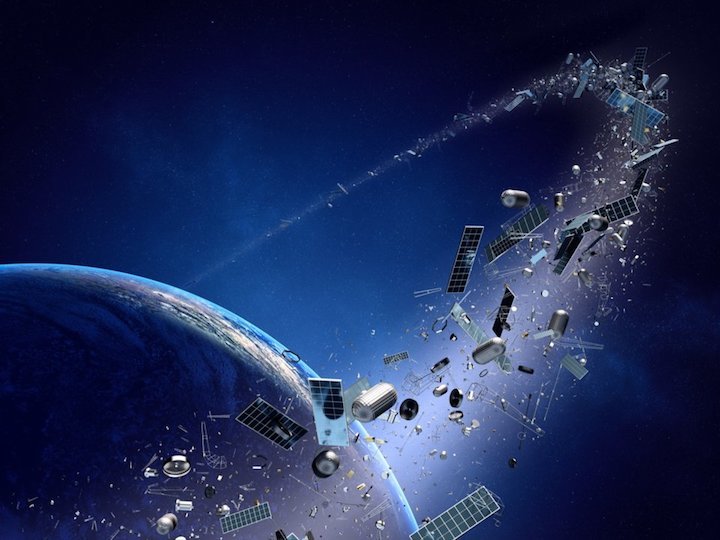 A thick ring of space junk orbits Earth in this fanciful artist's concept of a "Kessler syndrome" event.

In Gossner's eyes, the best way to manage space junk isn't with high-tech space nets and other debris-catching technologies.

Instead, he says it's most effective to find debris, track it, alert parties about possible collisions, and make sure companies and governments can eventually de-orbit any new things they launch in a controlled way. (That way, they won't further contribute to the problem.)

For now, current tracking and warning efforts have led Gossner to believe we're not at risk of a Kessler event.

"I'm not saying we couldn't get there, and I'm not saying we don't need to be smart and manage the problem," he said. "But I don't see it ever becoming, anytime soon, an unmanageable problem."

Raumfahrt - The US government logged 308,984 potential space-junk collisions in 2017 — and the problem could get much worse
« Zum vorherigen Eintrag Zum nächsten Eintrag »
1833 Views
Created with page4