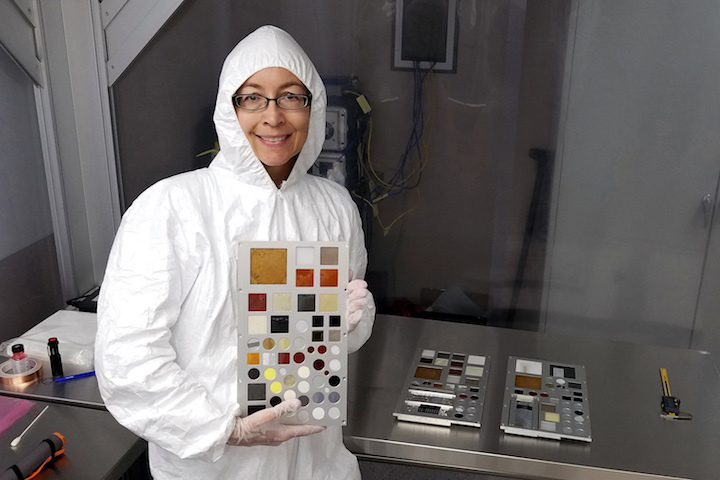 Almost every product we use has a shelf life. From milk and meat to laundry detergent and batteries, it’s important to know when it’s safe to use a product, and when it’s time to replace it. But what about materials used for spacecraft?

It is vital for scientists to know exactly how long a material will last in outer space; which is why Kim de Groh, a senior materials research engineer at NASA’s Glenn Research Center in Cleveland, is gathering data from the Materials International Space Station Experiment (MISSE) missions.

In April, de Groh will send 138 different material samples to the International Space Station as part of MISSE-9, which will be launched on SpaceX CRS-14 aboard a Dragon spacecraft. These samples will be part of the first MISSE mission to use the space station’s new external materials testing platform, the MISSE-Flight Facility (MISSE-FF).

De Groh wants to know how long these materials will last in outer space and will learn this by analyzing the affects atomic oxygen and radiation have on exposed polymers, composites and coatings. The flight data is needed to predict spacecraft performance and durability.

On Earth, the oxygen we breathe is made of two atoms of oxygen (O2), but in space the sun’s rays break down (O2) into single oxygen atoms, creating atomic oxygen.

When spacecraft, such as the space station and resupply vehicles, travel in low-Earth orbit, atomic oxygen can react with its surfaces, causing materials, such as polymers, to erode.  In addition, radiation can cause spacecraft materials to become brittle and crack. 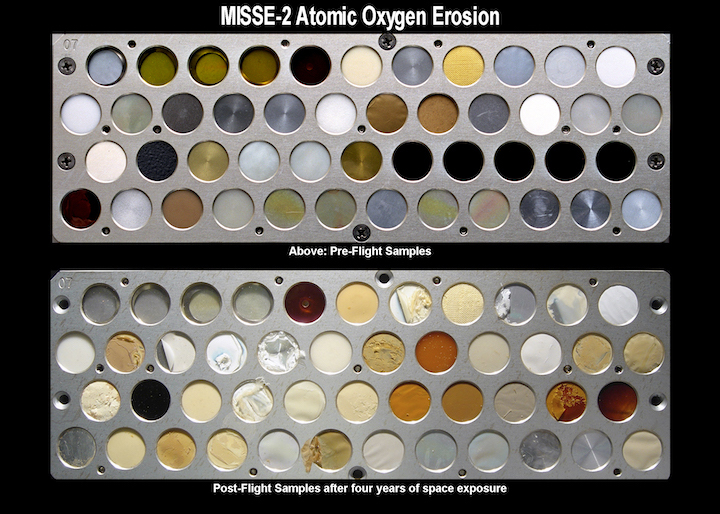 De Groh has been involved with the MISSE missions since they began in 2001, and through this research, de Groh and her colleague Bruce Banks, have developed a model to predict the erosion of materials in space.

After a year in space, the MISSE-9 samples will be returned to Earth for post-flight analyses.

The data obtained from this mission will enable de Groh to make more accurate predictions of materials and component lifetimes in space, allowing engineers to build longer-lasting vehicles for spaceflight.