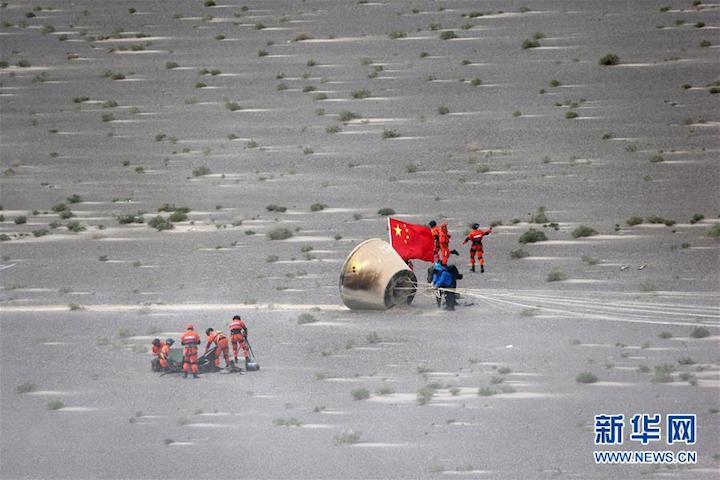 A scaled return capsule for a new generation crewed spacecraft, recovered in Inner Mongolia on June 26, 2016, following the first flight of the Long March 7 rocket. Xinhua

A Chinese spacecraft maker is developing a new generation of spacecraft for future human spaceflight missions to the Moon and deep space exploration.

The China Academy of Space Technology (CAST) is undertaking early work on two versions of the next-gen spacecraft, which will be a successor to the country's established Shenzhou crewed craft.

Zhang Bainan, a chief engineer at CAST, told the Chinese language Science and Technology Daily on March 7 on the sidelines of the country's annual parliamentary sessions that the spacecraft being developed will be reusable and versatile.

The capacity must be greatly increased and it must be reusable to reduce costs, Zhang says, while utilising world-class or even leading edge technologies.

While China's 8-tonne Shenzhou spacecraft can carry three astronauts to low Earth orbit - and will be used for transporting crew to the Chinese Space Station - the new generation crewed spacecraft will come in two versions: 14 tonnes for trips to the CSS, near Earth asteroids and Mars, and 20 tonnes for lunar landings.

The spacecraft, adaptable to two different propulsion systems, will be able to hold 4-6 astronauts. Zhang adds that the design will be modularised, allowing adaptation to various mission requirements.

Trips to deep space require extra measures to deal with the harsher radiation of deep space and must be able to handle reentering Earth's atmosphere at greater velocities, necessitating greater thermal protection from superheated, compressed air. 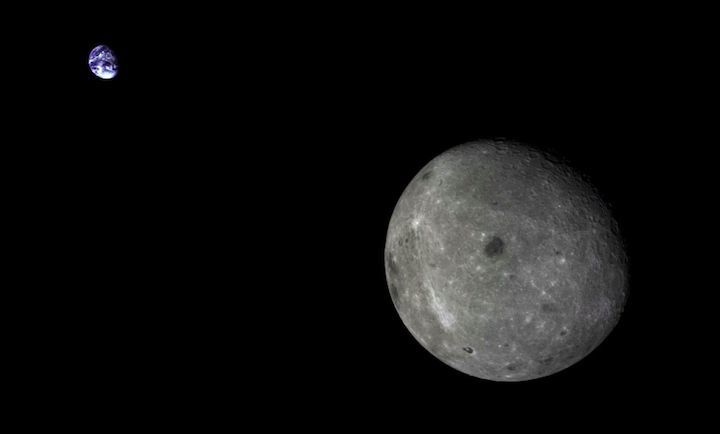 The far side of the Moon and the distant Earth, imaged by the Chang'e-5T1 mission in 2014.

China's Chang'e-5 lunar sample return mission, due in 2019, will face similar reentry challenges, with a test 'skip' reentry for the mission performed in 2014.

A scale version of the reentry capsule was flown in June 2016, as a test payload for the debut of the Long March 7 rocket. The mission tested the aerodynamics of the craft and various key technologies, and was recovered in Inner Mongolia after 19 hours of orbital flight.

Early designs of the spacecraft depict a two-module system, with a habitable crew module and a rear service module. Notably, the reentry capsule eschews the bell-shape of the Shenzhou reentry capsule, instead having a flat top and sloped sides. 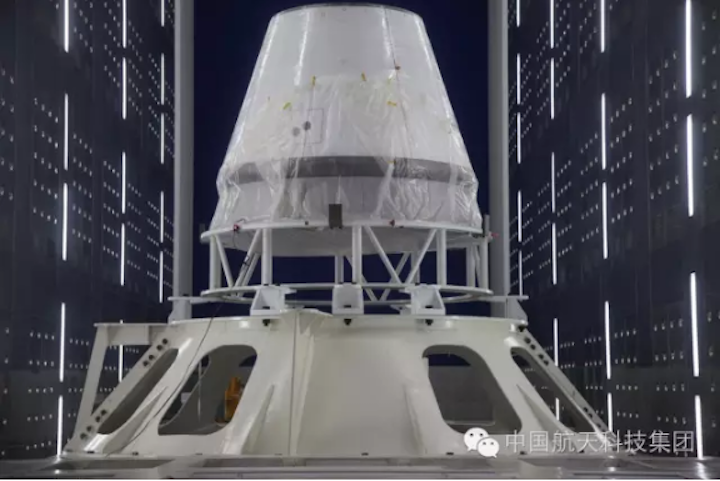 The next generation crewed spacecraft reentry capsule ahead of launch in June 2016. CASC

The next test flight for the new crewed spacecraft has now been confirmedfor June 2019, when the Long March 5B, a launch vehicle designed to loft space station modules into low Earth orbit, has its test launch.

It is unknown what version or scale of the craft will be flown, or how it will be recovered.

The reentry modules will be designed to be able to be recovered from the sea, as with Apollo capsules, relevant training for which China's astronauts - along with Europeans Sam Cristoforetti and Matthias Maurer - trained for last August. 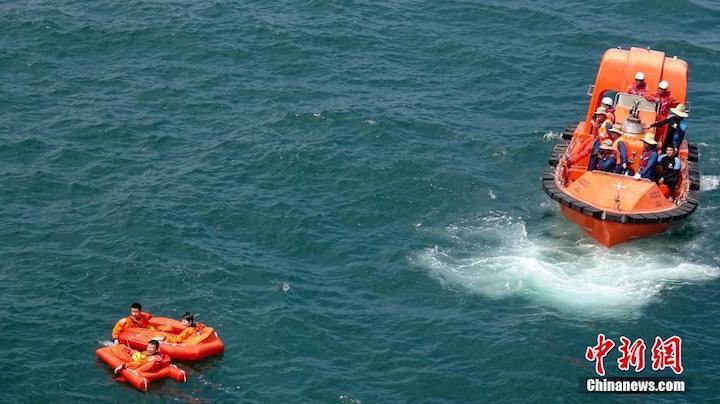 CAST is a subordinate to the China Aerospace Science and Technology Corporation (CASC), the country's main space contractor. Another body under CASC, the China Academy of Launch Vehicle Technology (CALT), is working on the early stages of developing the Long March 9, a super-heavy lift rocket similar in capabilities to the Saturn V which took NASA astronauts to the Moon.

At a global space conference in Beijing last June, a CALT official stated that the organisation is working on a human lunar mission concept involving the launch of Long March 9 followed by rendezvous and docking with CAST's next generation crewed spacecraft in low Earth orbit, launched by a Long March 5B, before performing a burn to take the combined craft towards the Moon.

Such a mission would first take place in the 2030s, following the first test flight of the Long March 9 around 2030.