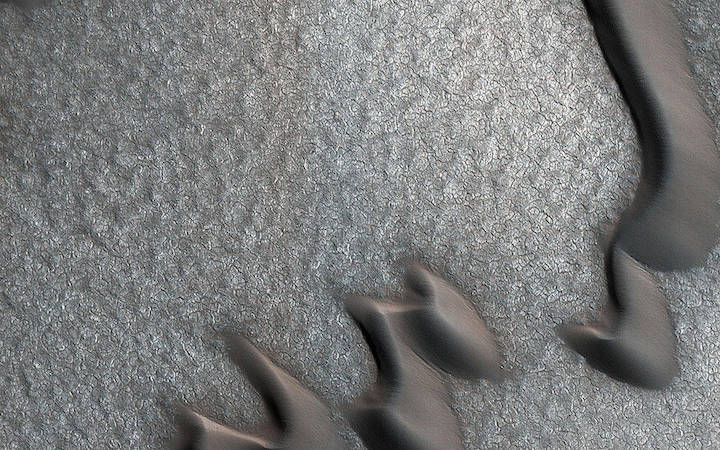 This image was originally meant to track the movement of sand dunes near the North Pole of Mars, but what's on the ground in between the dunes is just as interesting!

The ground has parallel dark and light stripes from upper left to lower right in this area. In the dark stripes, we see piles of boulders at regular intervals.

What organized these boulders into neatly-spaced piles? In the Arctic back on Earth, rocks can be organized by a process called "frost heave." With frost heave, repeatedly freezing and thawing of the ground can bring rocks to the surface and organize them into piles, stripes, or even circles. On Earth, one of these temperature cycles takes a year, but on Mars it might be connected to changes in the planet's orbit around the Sun that take much longer.