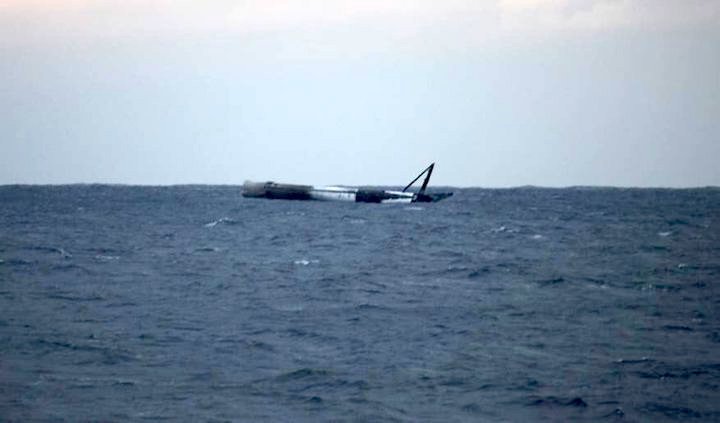 This rocket was meant to test very high retrothrust landing in water so it didn’t hurt the droneship, but amazingly it has survived. We will try to tow it back to shore.

SpaceX had a delightful surprise on Wednesday.

The satellite, to be used for secure communications over sea and humanitarian operations, was successfully deployed 32 minutes into its flight.

But in that time, something rather remarkable happened: A Falcon 9 first stage booster survived its water landing in the Atlantic Ocean. That wasn't supposed to happen.

In fact, the booster appears to be relatively intact, and now SpaceX will try to bring the rocket back to shore.

The rocket, named Core B1032, had landing legs and steering fins to help it come back to Earth. However, SpaceX announced prior to the GovSat-1 launch that it would make no attempt for its safe return, despite it doing so last May on another mission.

As per Space News, SpaceX perhaps decided to dispose of the rocket because it used an older configuration (Block 3) that's not as capable as newer iterations, and therefore is unlikely to be used again.

In a tweet, Elon Musk said the rocket was used to test a "very high retrothrust landing in water." No drone ship was used in the test, just in case it would be damaged or destroyed.

At the moment it's unclear what will be done with the surviving rocket, but depending on its condition it could find itself on another trip — or float proudly in SpaceX folklore for years to come.