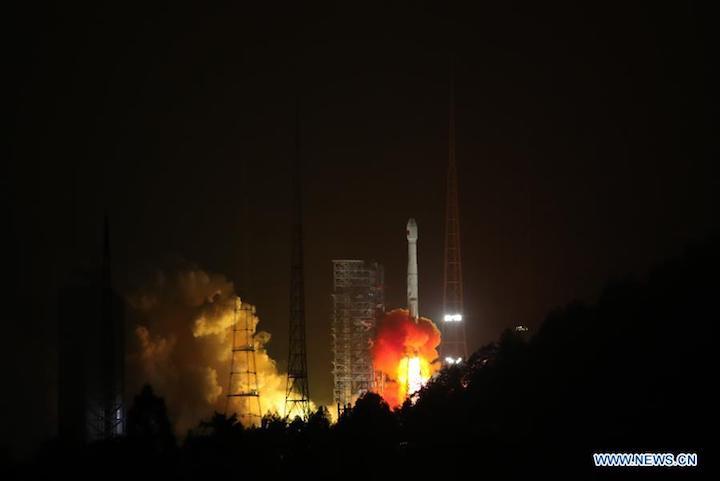 XICHANG, Sichuan Province, Jan. 12 China on Friday sent twin satellites into space on a single carrier rocket, as part of efforts to enable its BeiDou system to provide navigation and positioning services to countries along the Belt and Road by the end of 2018.

The Long March-3B carrier rocket took off from Xichang Satellite Launch Center in the southwestern province of Sichuan at 7:18 a.m.

This is the first launch of the BeiDou satellites in 2018, which will see intensive launches throughout the year.

The twin satellites are coded the 26th and 27th satellites in the BeiDou Navigation Satellite System (BDS). 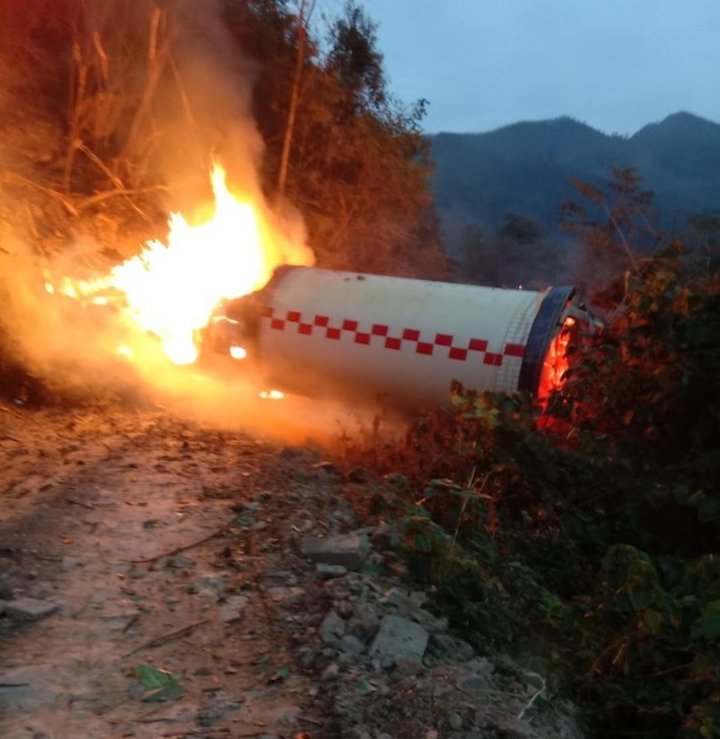 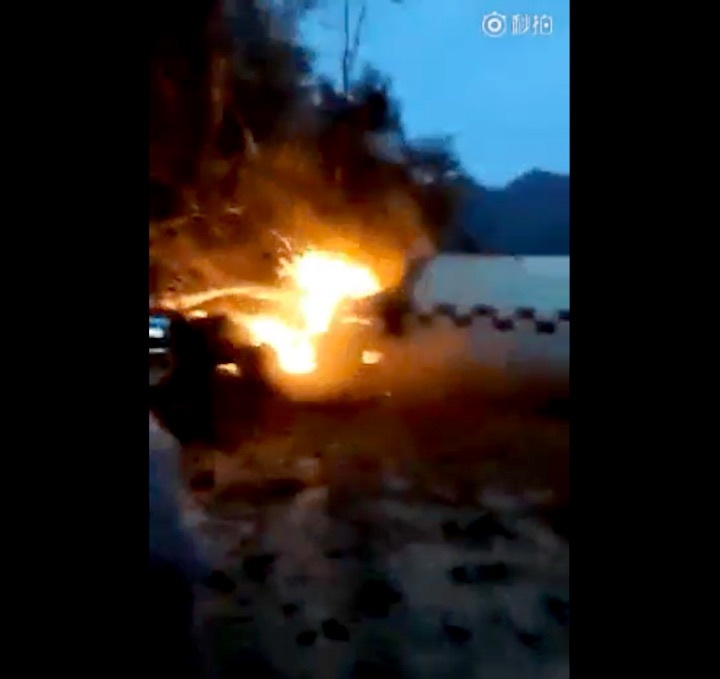 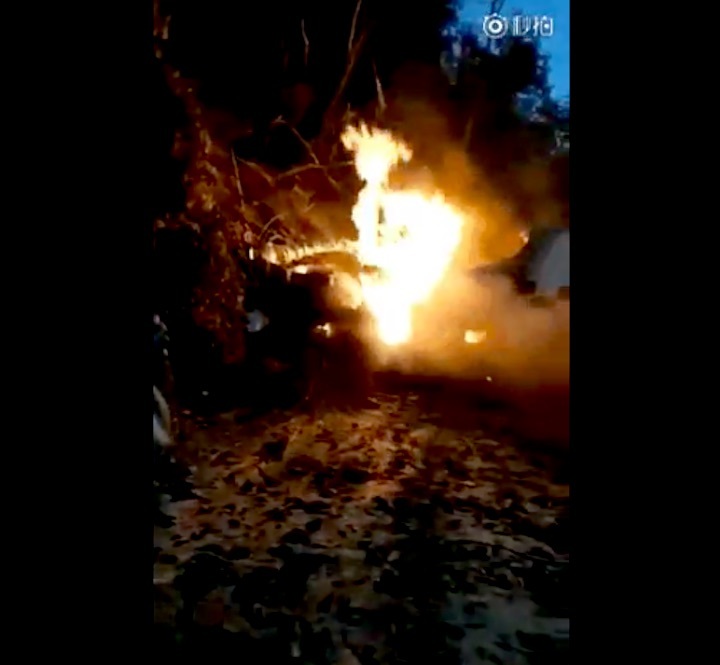 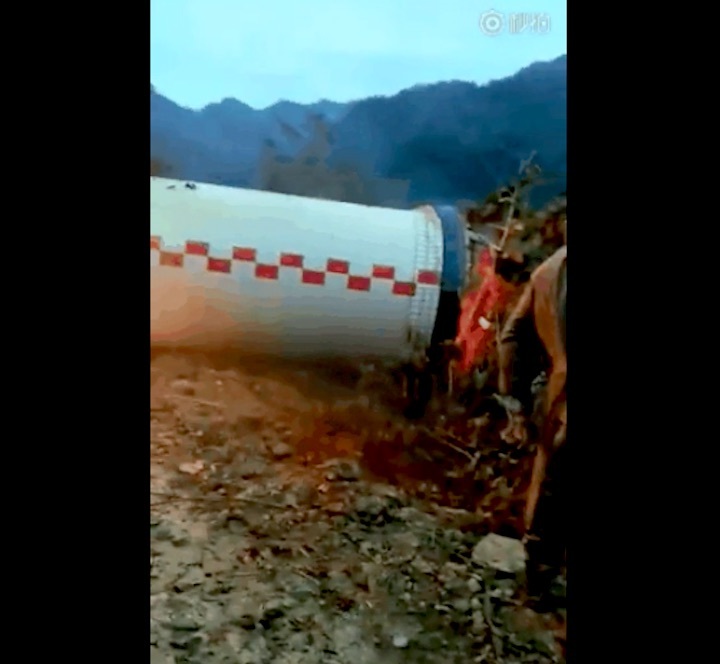 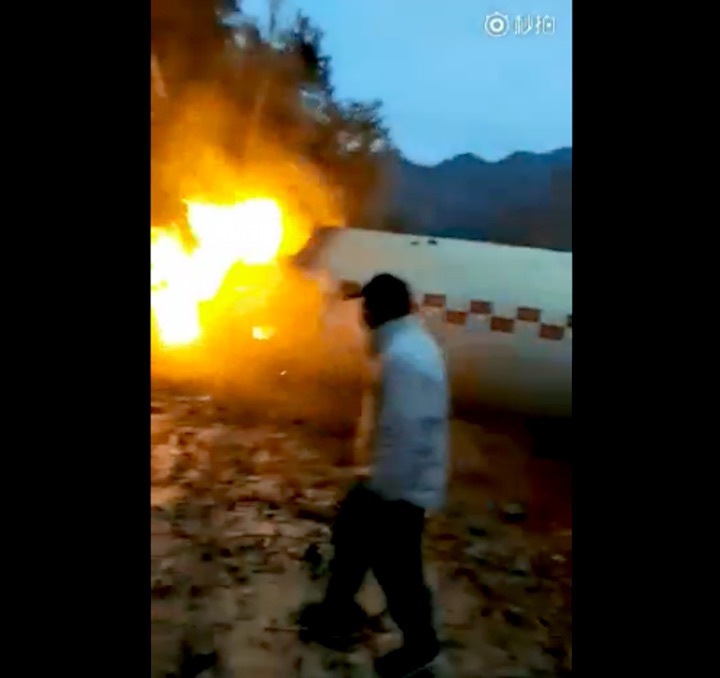 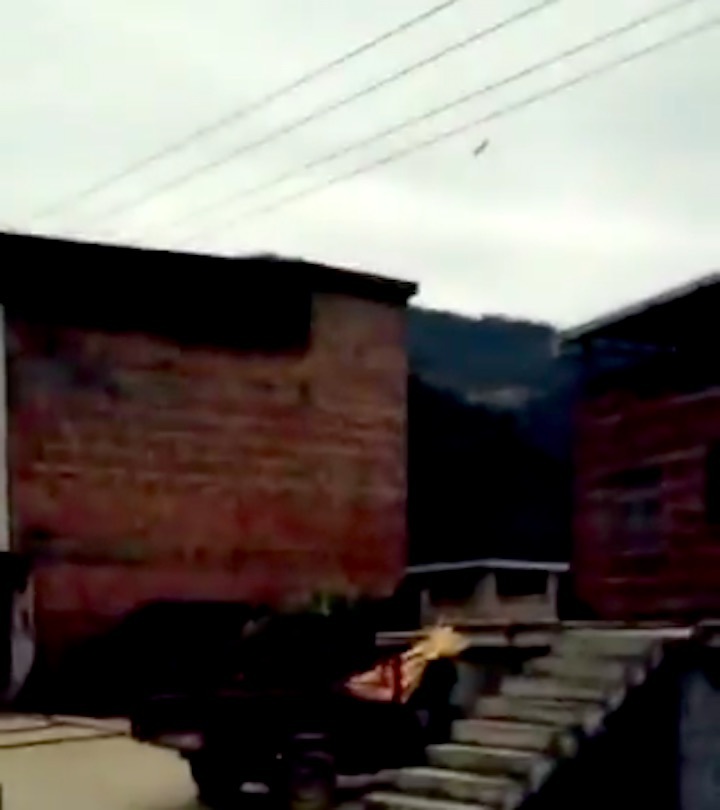 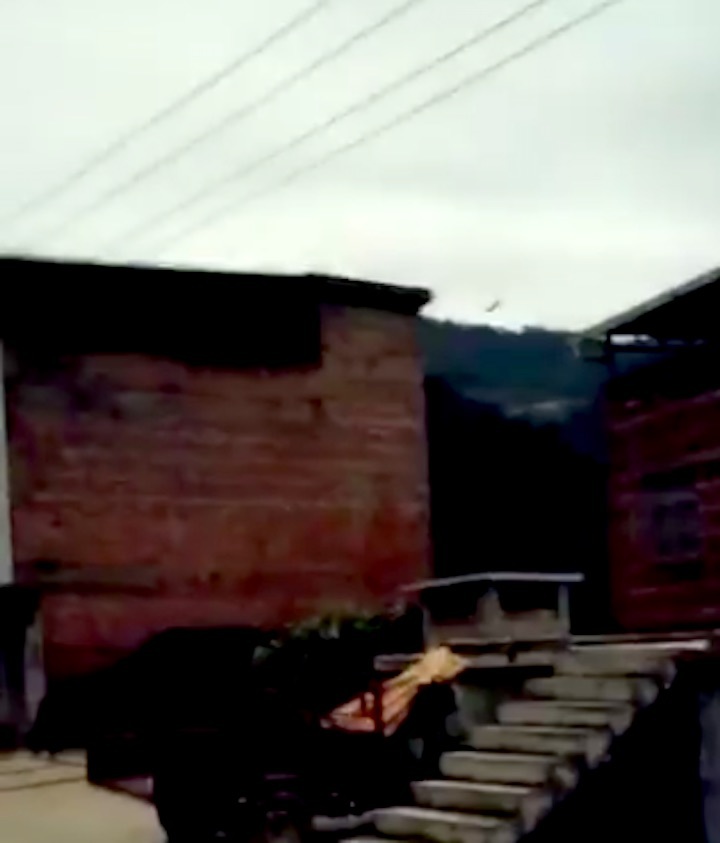 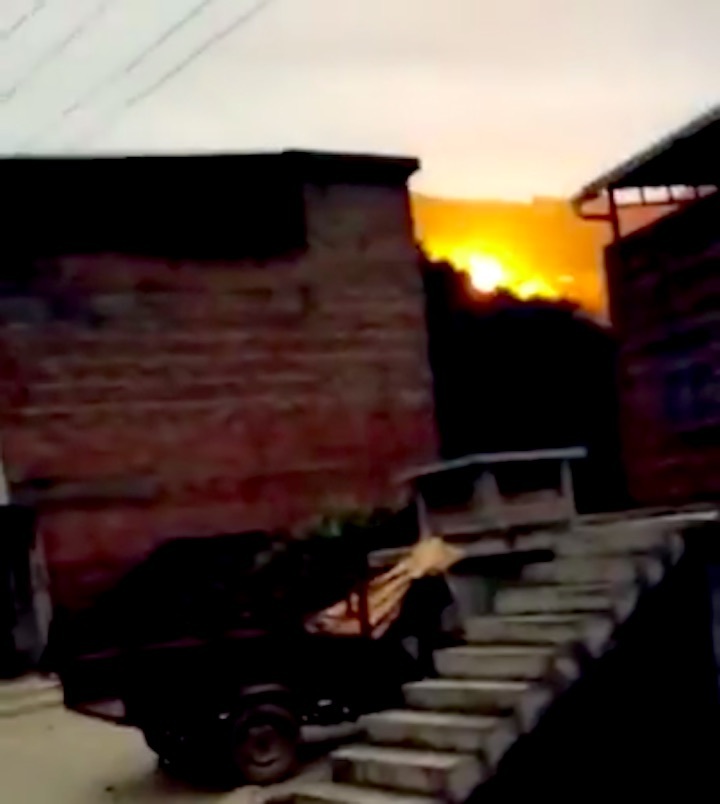 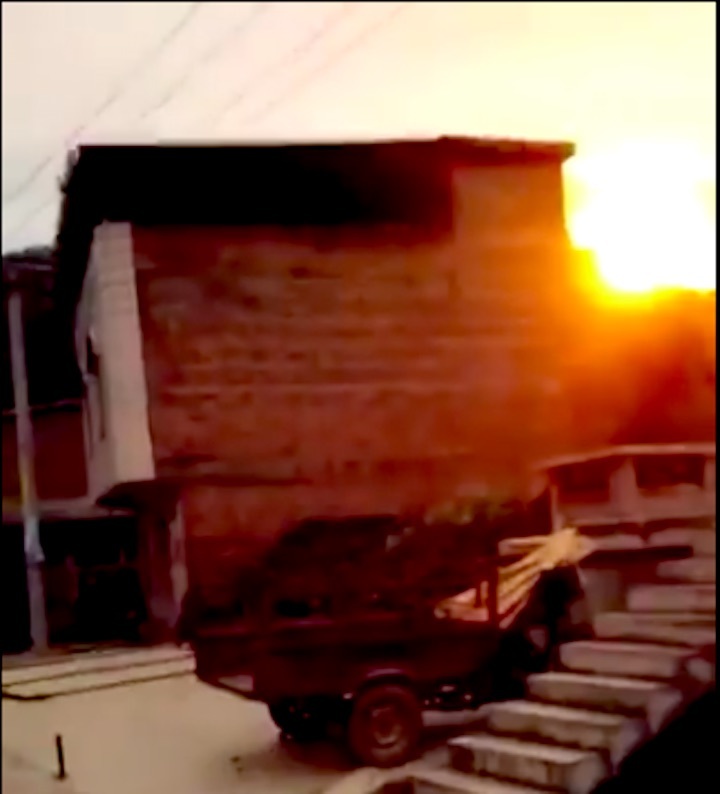 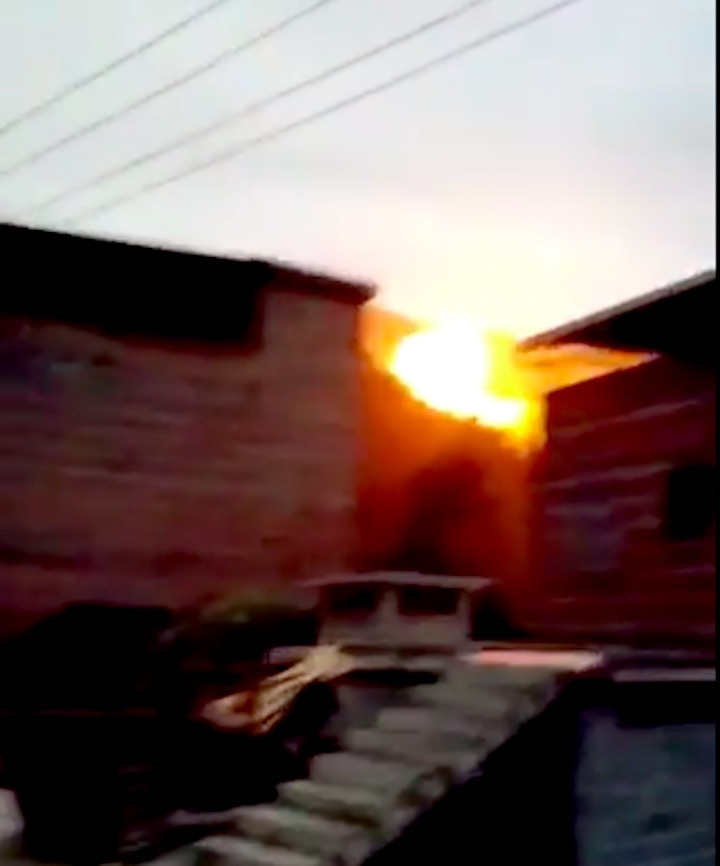 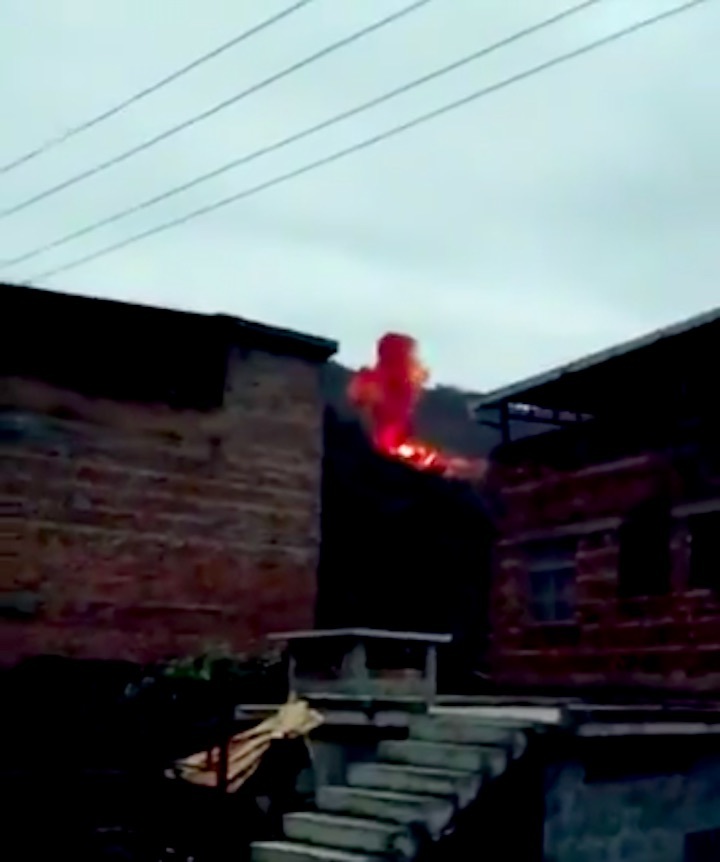 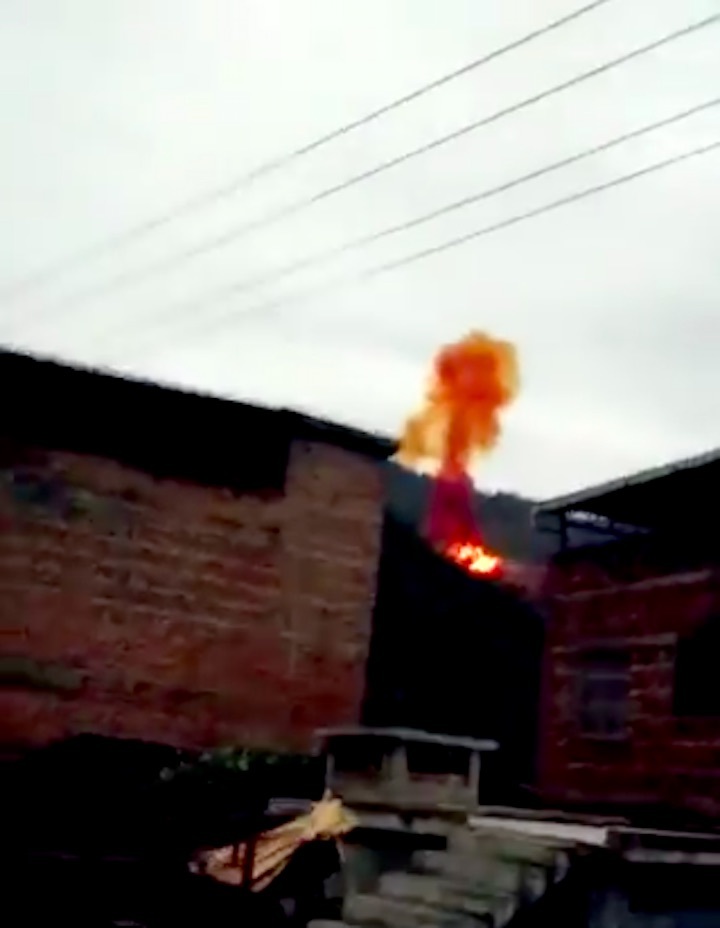 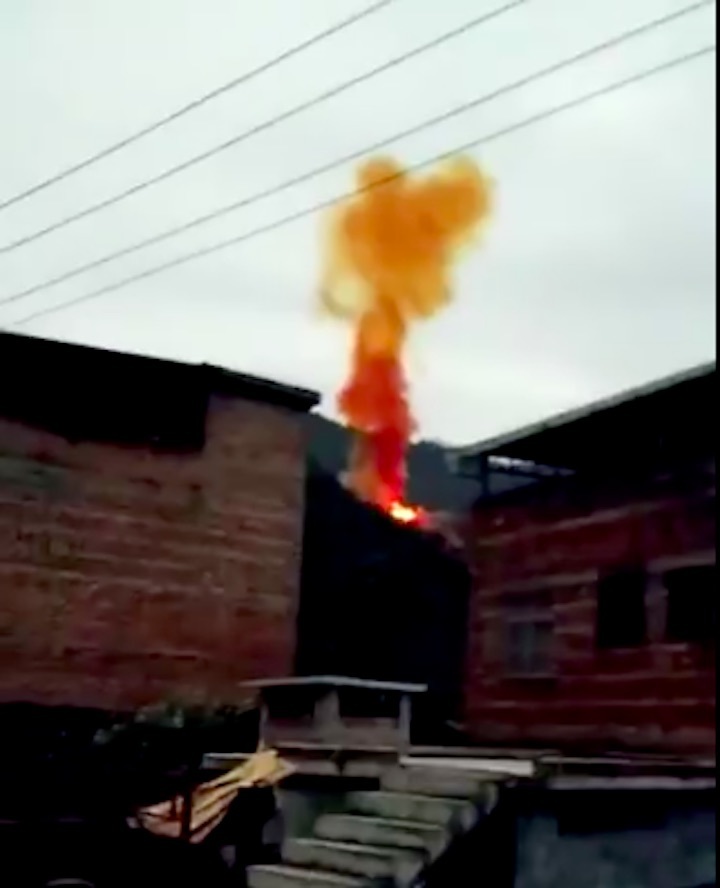 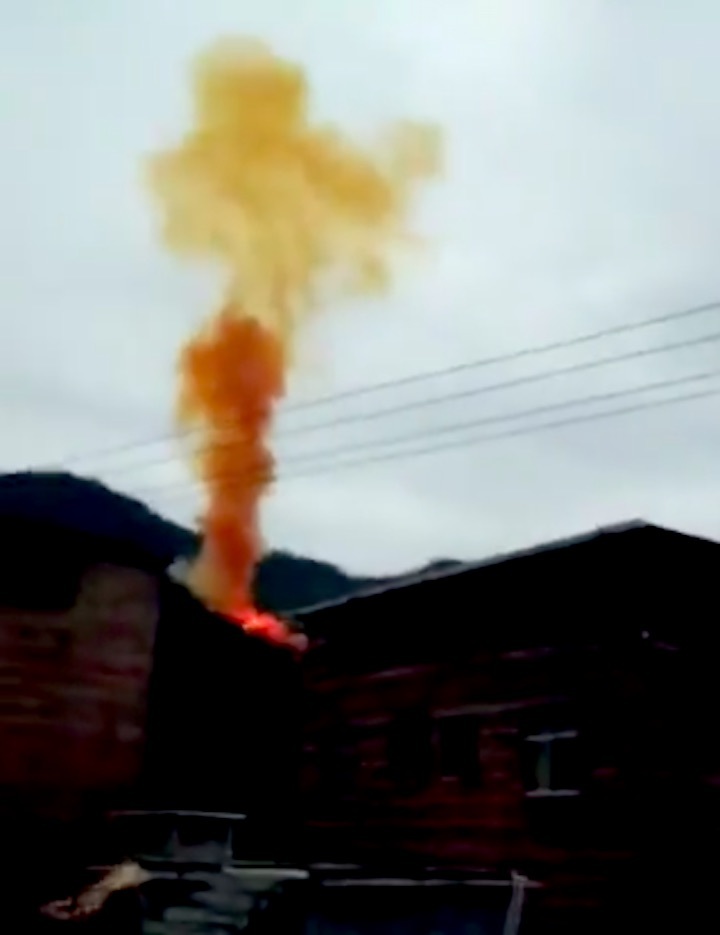 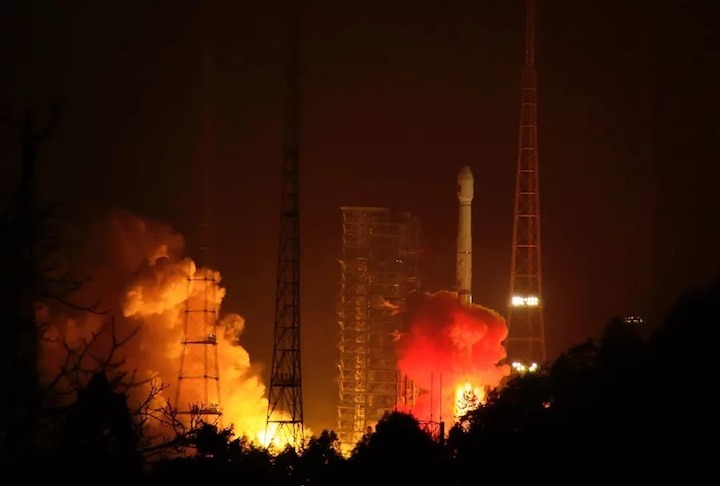 A booster from a Chinese Long March 3B rocket launch dropped from the sky and exploded near buildings in Guangxi, southwest China on Friday, shocking locals and onlookers.

The Long March 3B lifted off from the Xichang Satellite Launch Centre in Sichuan Province at 07:18 local time on Friday, carrying two Beidou-3 GNSS satellites.

Minutes after launch as the rocket flew downrange, four strap-on boosters separated from the core, with one dropping near the town of Xiangdu in Tiandeng Country, Guangxi Zhuang Autonomous Region, around 700 kilometres from the launch site.

With Tiandeng county being within the designated drop zones for debris for the launch, some locals were evidently ready to capture footage in the case that discarded rocket boosters fell from the sky.

The clip below shows just that happening, with an explosion occurring on impact behind buildings.

In the video itself, posted on Chinese social media platform Sina Weibo, a range of shouts and noises can be heard from onlookers.

The powerful Long March 3B rocket, used to carry satellites to medium and geosynchronous Earth orbits, is almost 55 metres long, with a diameter of 3.35 metres on the core stage. The launcher has a mass at liftoff of 458,970 kg, or just over 1 million pounds.

The booster did not hit any people or buildings, but the still burning wreckage will have posed a serious health hazard to locals who approached to film the debris, as seen below.

A burning booster which fell to Earth in Guangxi from the Long March 3B launch on January 12, 2018. Sina Weibo

The footage comes in stark contrast to United States launches, which send launch vehicles over the ocean, while private company SpaceX has mastered landing its Falcon 9 first stages back at launch sites and on drone ships off the coast.

China's first three launch sites were established during the Cold War, with Jiuquan and Taiyuan constructed deep inland for security reasons. These included tensions with the Soviet Union spilling over into border skirmishes and the United States considering preemptive strikes against China on sites linked to nuclear weapon launch capabilities.

This means that today's space launches pass over inhabited areas. Though drop zones for Long March rocket stages are carefully calculated and launch notices and procedures put in places, events like the above are all too common, especially with China's space activities expanding greatly in recent years.

An unidentified man stands next to what is likely an engine from a Long March 4C rocket from the launch of the Chinese Yaogan Weixing-27 satellite in August 2015. Internet photo

The newest site, the Wenchang Satellite Launch Centre on Hainan island, is a coastal site, bringing launches into a more open age. However it is only used for the Long March 5 and 7 rockets, which have only just debuted in the last two years.

The China Great Wall Industry Corporation (CGWIC), a subsidiary of the main contractor for the Chinese space programme, CASC, said it plans to launch 14 Long March 3A, B and C variant rockets this year, including 8 launches for the Beidou system.

Such events pose a greater threat than that of Tiangong-1, China's first space lab which is losing orbital altitude and expected to reenter the Earth's atmosphere around March this year.

A rendering of the Tiangong-1 space lab in orbit. CMSA

Most of the 8.5 tonne space lab will burn up on reentry, with remaining debris capable of landing anywhere within 43 degrees North and South.

However, this and events like today are bad optics for a country with serious space ambitions, including its own modular space station and lunar explorationgoals.

CASC subsidiaries, the Shanghai Academy of Space Technology (SAST) and China Academy of Launch Vehicle Technology (CALT) are looking into reusability for its respective Long March rocket vehicles, while CASC itself has stated plans to make all its launch vehicles fully reusable, but not until around 2035.