NASA rockets launched during the Alaskan winter typically explore the interaction of solar winds with Earth’s atmosphere and the resulting auroras that dance across the night sky. However this winter, between January 15 - 31, 2018, NASA personnel and university researchers are traveling to the Poker Flat Research Range (PFRR) in Alaska to launch several rocket-borne investigations for other purposes.

Between January 15 - 31, 2018, scientists will launch four rockets to measure x-ray emissions from space and determine how large quantities of water could affect the upper atmosphere and form Polar Mesospheric clouds, or PMCs. 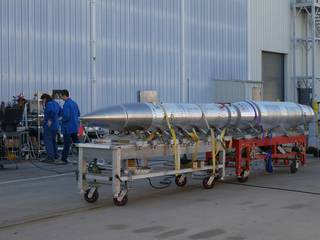 Personnel at the Wallops Flight Facility test the DXL payload’s ability to connect with the Global Positioning Satellite (GPS) network which will be used to determine the location of the payload during flight.
Credits: NASA/Berit Bland

One rocket will carry a science investigation called the Diffuse X-rays from the Local galaxy, or DXL, mission.  This investigation aims to study the sources of X-rays that hurtle towards Earth from elsewhere in our galaxy. “Very low energy diffuse X-rays from space are believed to come from two sources,” said Massimiliano Galeazzi, the principal investigator for the DXL mission from the University of Miami, Florida. “The first source is located outside our solar system and is generated by remnants of multiple supernovae explosions forming what is now called the Local Hot Bubble region of our galaxy. The second source is within the solar system and is generated by the solar wind charge exchange . DXL seeks to gain a better understanding of the nature and characteristics of these sources.”

Launching from Alaska brings important benefits to DXL. A launch from a range near the Earth’s magnetic pole allows researchers to take X-ray measurements closer to the region where the solar magnetic field interacts with Earth’s magnetic field – especially beneficial when measuring X-rays from solar wind charge exchange . Also, the Alaskan PFRR is unique among US rocket ranges in allowing researchers to wait on the launch pad, ready to fly, for an extended period of time while waiting for optimal conditions when there is a strong solar wind. The daily launch window for the DXL payload to wait for these conditions is between 6 and 9 a.m. EST. 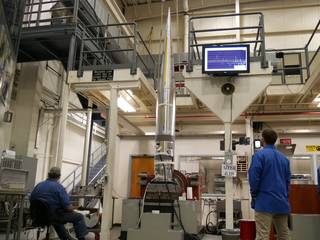 A Super Soaker payload is tested for its ability to operate while experiencing vibrations during flight.
Credits: NASA/Berit Bland

Three additional rockets will be flown from PFRR in another completely different science investigation named the Super Soaker mission.  This investigation focuses on the formation and dynamics of Polar Mesospheric Clouds (PMCs). “PMCs are layers of microscopic ice particles that form near 53 miles altitude and are extremely sensitive to small variations in their environment.” Said Irfan Azeem, Super Soaker principal investigator from Atmospheric and Space Technology Research Associates in Boulder, Colorado. “Because they are so sensitive to variations, PMCs are often used to try to quantify changes in the upper atmosphere over many decades.  However, their use as indicators of long-term change is complex and controversial because they also respond to many other shorter term variations such as tides, stratospheric weather and space vehicle exhaust.”

Super Soaker will attempt to measure the impact of short-term changes on PMCs and other atmospheric variables by releasing vapor into the upper atmosphere. “Water vapor is a common exhaust product of spaceflight traffic,” Azeem said. “Super Soaker will fly to the upper atmosphere carrying about 50 gallons of water, about the amount in a bathtub. We will release the water canister at 53 miles, dispersing and vaporizing the water. We will measure the basic state of the upper atmosphere before, during and after the release to determine the impact. These measurements include temperature, winds and high-altitude layers of ice particles known as polar mesospheric clouds).”Super Soaker will use three Terrier-Improved Orion suborbital sounding rockets launched over a 32-minute duration. The launch window stretches from 9 a.m. to noon EST.

In order to determine the initial and final state of the upper atmosphere in this investigation, two of the three rockets carry trimethyl aluminum, or TMA, canisters and will be launched before the water release. The TMA vapor will be observed by cameras on the ground at various points in Alaska. The vapor clouds are a classic, well-developed sounding rocket technique to create markers in the upper atmosphere that enable scientists to obtain measurements of the upper atmospheric winds.  After the TMA is released and it reacts with oxygen in the atmosphere, it produces compounds that occur naturally in the atmosphere. It will be released at altitudes of 45-90 miles and never poses a hazard to the community or the environment.

A third, separate rocket to release water into the atmosphere will be after the two TMA release launches. Scientists will measure the dispersion of the water vapor and changes in temperature and PMC formation using various ground instruments, including a Rayleigh lidar operated by the University of Alaska, Fairbanks, an Advanced Mesospheric Temperature Mapper from Utah State University in Logan.

The process to disperse water in the upper atmosphere during the Super Soaker mission is tested at NASA’s Wallops Flight Facility.
Credits: NASA

The University of Alaska Fairbanks Geophysical Institute has established a messaging service for anyone interested in listening to launch range communications or viewing a live web stream of the launches.  Subscribers will receive notification when the countdown begins along with a link to listen to range launch communications.  Subscribers also will be notified when the count drops below T-10 minutes, which is when the live web stream will commence.  To subscribe to the messaging service text PFRRLAUNCHES to 33222. 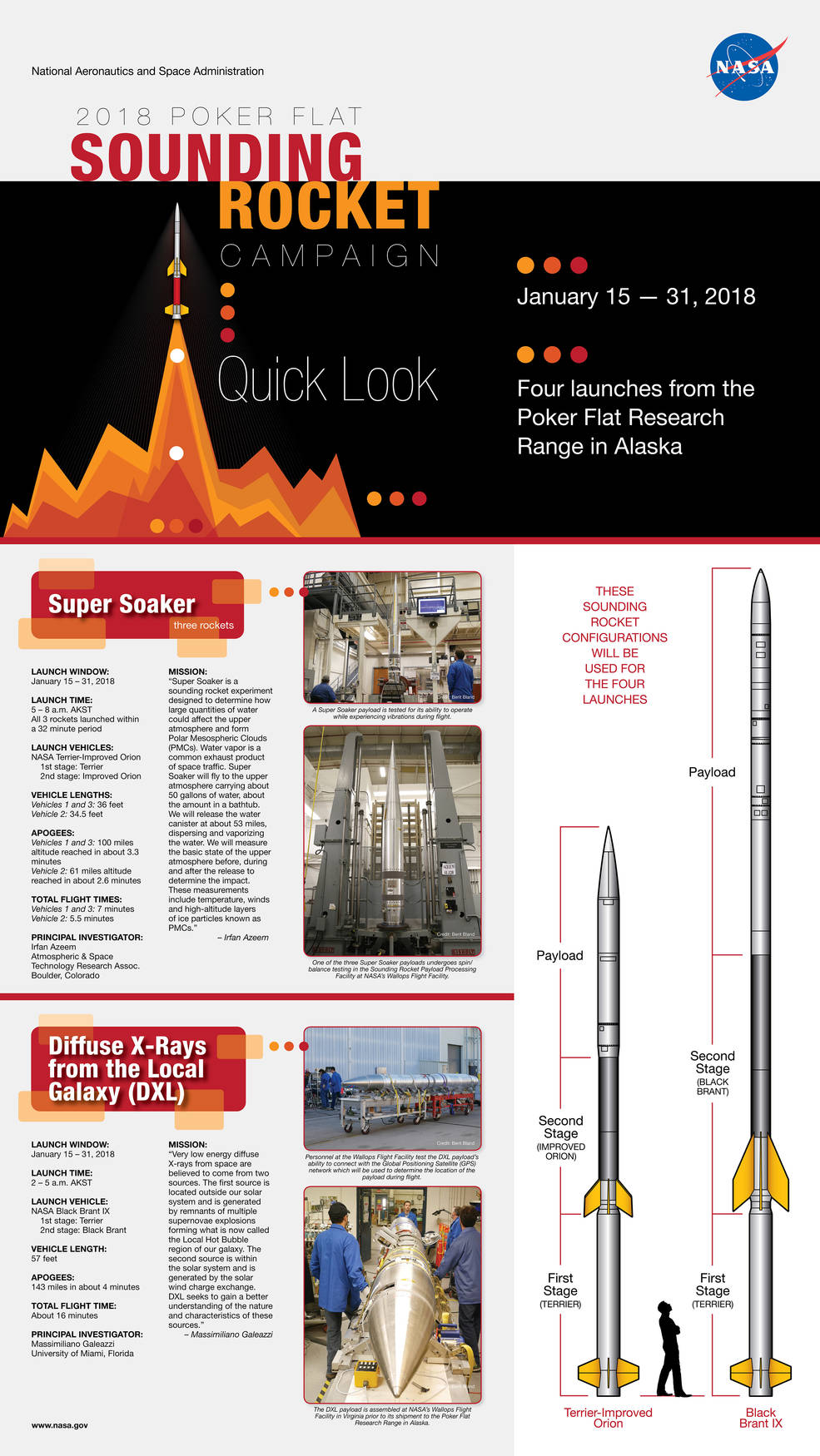