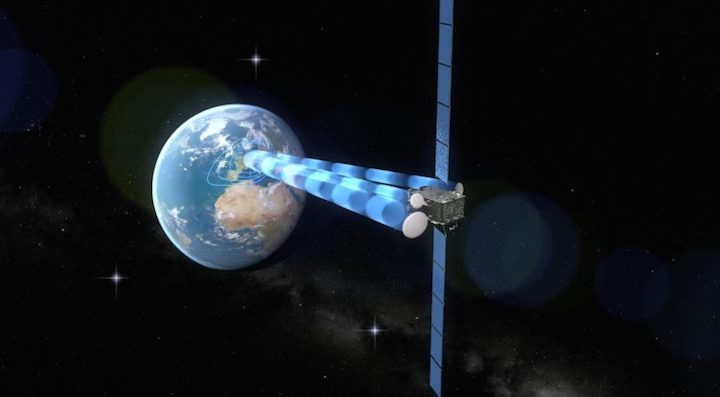 WASHINGTON — German satellite builder OHB Systems has secured a slot for the experimental Heinrich Hertz communications satellite on what could be one of the last Ariane 5 missions before Ariane 6 is expected to take over.

The launch, arranged on behalf of the German space agency DLR, is slated for late 2021 or early 2022 — a  transitional period during which Arianespace plans to launch a mix of Ariane 5 and Ariane 6 rockets while the newer vehicle gains acceptance. The first flight of the Ariane 6 is scheduled for July 2020 — a date ArianeGroup in September said remains firm.

ArianeGroup and the European Space Agency are expecting Ariane 6 to cost about half as much as Ariane 5 in order to better compete on price against SpaceX’s Falcon 9 and other emerging launch systems.

While Ariane 6 does have a first customer already — ESA has signed up for two Galileo launches — satellite operators can be slow to trust new launchers. Some may be reluctant to leave Ariane 5, which finishes 2017 with a track record of 82 consecutive successful launches.

With a mass of 3,450 kilograms, Heinrich Hertz will likely launch in the lower berth of Ariane 5, leaving the upper position available for a heavier satellite. OHB is responsible for manufacturing, launch and the associated ground infrastructure for the DLR satellite.

In July, DLR selected OHB for a 310.5 million euro ($362.2 million) contract to build the satellite on an ESA-supported SmallGEO platform. Germany’s Federal Ministry for Economic Affairs and Energy is paying for the Heinrich Hertz mission.

SmallGEO is the tip of the spear for OHB as it seeks a foothold in the geostationary telecommunications market. In a Dec. 14 statement, OHB praised the Heinrich Hertz program as “a further step in Germany’s return to full system capabilities in telecommunications satellites in accordance with the German space strategy adopted in 2010.”