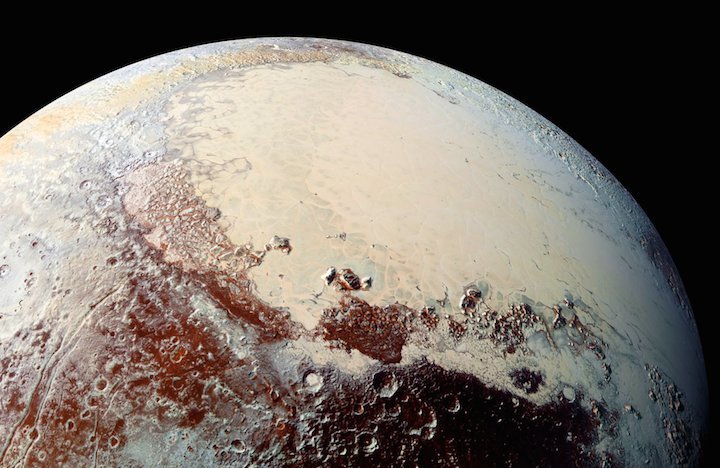 A grassroots movement seeks to build momentum for a second NASA mission to the outer solar system, a generation after a similar effort helped give rise to the first one.

That first mission, of course, was New Horizons, which in July 2015 performed the first-ever flyby of Pluto and is currently cruising toward a January 2019 close encounter with a small object known as 2014 MU69.

New Horizons got its start with letter-writing campaigns in the late 1980s, and the new project hopes to duplicate that success, said campaign co-leader Kelsi Singer, a New Horizons team member who's based at the Southwest Research Institute (SwRI) in Boulder, Colorado.

Nearly three dozen scientists have drafted letters in support of a potential return mission to Pluto or to another destination in the Kuiper Belt, the ring of icy bodies beyond Neptune's orbit, Singer told Space.com.

These letters have been sent to NASA planetary science chief Jim Green, as well as to the chairs of several committees that advise the agency, she added.

That would be the Planetary Science Decadal Survey, a report published by the National Academy of Sciences that lays out the nation's top exploration priorities for the coming decade.

"This is the way it normally works," said New Horizons principal investigator Alan Stern, who's also based at SwRI.

"First it bubbles up in the community and then, when there's enough action, the agency starts to get behind it," Stern, who has been the driving force behind New Horizons since the very beginning, told Space.com. "Then it lets the Decadal Survey sort things out."

Stern contributed a letter to the new campaign, and he has voiced support for a dedicated Pluto orbiter. Singer would also be happy if NASA went back to the dwarf planet.

"Pluto just has so much going on," she said.

But there are other exciting options available as well, Singer said. For example, NASA could do a flyby of a different faraway dwarf planet — Eris, perhaps — to get a better idea of the variety and diversity of these intriguing worlds.

Or the agency could target Kuiper Belt objects (KBOs) that have diameters of a few hundred kilometers or so, she added. New Horizons has flown by one "big" KBO (Pluto) and will soon see a small one — 2014 MU69 is just 20 miles (32 km) or so across — but there are no plans at the moment to study anything of an intermediate size up close.

The last Decadal Survey was put out in 2011, and it covers the years 2013 to 2022. The next one is due out in five years, and it will help map out NASA's plans for the 2020s and early 2030s. So Singer knows she and her colleagues must be patient, even if their letter-writing campaign ultimately bears fruit.

"I would say 25 years is the longest I think about," she said, referring to how long it may be before another Kuiper Belt mission gets to its destination. "And I hope it may be more like 15 years."