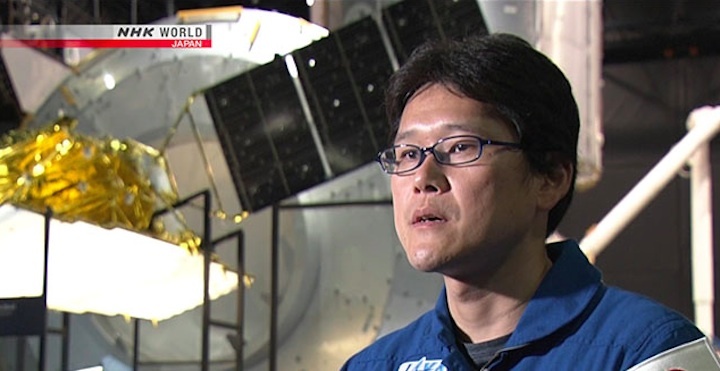 The countdown is on for Japanese astronaut Norishige Kanai. In less than 2 months, he will blast off to the International Space Station. While Kanai is far from the first Japanese astronaut to head to space, he may have the distinction of being the last.

Kanai is getting ready for the trip of his life. 11 other Japanese astronauts have gone up before him, but it may be a long time before another follows. "I am very excited. It's been a while since having been trained in Houston, Tsukuba in Japan, and in Russia. Finally, I'm flying into space," he says.

The plan is for the ISS to be dismantled in 2024, and it's unknown what, if anything, will replace it. Without somewhere to send them, Japan isn't training anyone else at the moment. But Kanai is hopeful that will change.

"I've never thought I'd be the last one. So I think in the future, in the near future, JAXA will select new astronauts, and we'll continue the endeavor of space development," he says.

Before entering the astronaut program, Kanai was a surgeon with Japan's Maritime Self-Defense Force. He studied rehabilitation methods for the elderly and patients who have long hospital stays.

He decided to go to space because he wanted to examine how the human body functions in zero gravity, and how it recuperates after coming back to Earth.

"Astronauts living on board the space station, they're losing muscles or bones pretty rapidly. It is like the aged losing muscles and bones. By studying astronauts' bodies, we can determine the mechanism of aging," he says.

A full-size model of the Japanese Experiment Module, where Kanai will stay when in space, is kept at Japan's space headquarters, JAXA. It's called Kibo in Japanese, meaning "Hope," and will be Kanai's home for 6 months.

Just around the corner, some students are checking out the exhibits. "It's hard to imagine space. But I think of it as being fun and dreamful," "If I get the chance, I would like to travel to space," they say.

Beyond the science, Kanai feels there are basic lessons children and adults alike can learn from what's happening aboard the ISS. "Everybody from different countries is working together for one goal. It doesn't matter (if they're) from Russia, or from America, it doesn't matter (whether they have) political disagreements. We are all together as space engineers. It's the beauty of the International Space Station," says Kanai.

Kanai will leave Japan in a couple of weeks for Russia, where he will finish the last of his training before the launch in December. And after that, no dates have been set, but JAXA is proposing a plan to send Japanese astronauts to the moon along with the Americans in the hope of creating Kanai's successors.