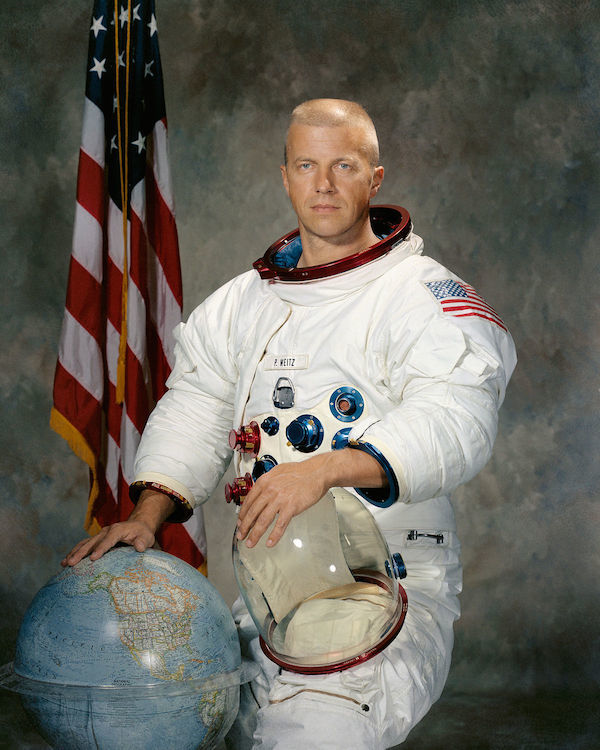 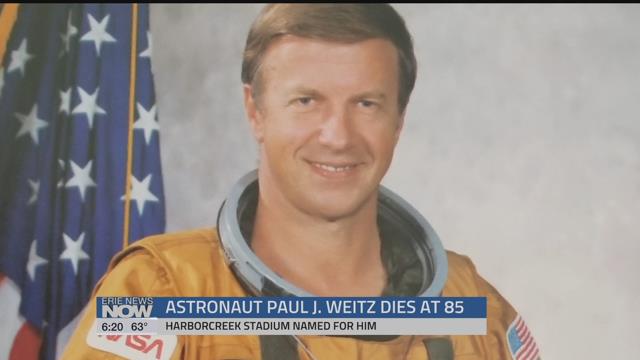 Likely the most famous graduate of Harborcreek High School, NASA astronaut Paul J. Weitz has died in Flagstaff, Arizona after a difficult battle with a form of cancer known as MDS or Myelodysplastic Syndromes.

Educated as an aeronautical engineer at Penn State, where he received his commission as an Ensign through the Naval ROTC program, Weitz served in various naval aircraft squadrons until NASA selected him as one of 19 astronauts in 1966.

Weitz flew into space twice. He served as pilot on the crew of Skylab-2, which launched on May 25 and ended on June 22, 1973. It was the first manned Skylab mission, and activated a 28-day flight, a new world record for a single mission.

Weitz, known by his friends as P.J., was spacecraft commander on the crew of STS-6, which launched from Kennedy Space Center on April 4, 1983. This was the maiden voyage of the Orbiter Challenger. Weitz and the crew conducted materials experiments in space, and tested support systems that would lead the way for future space walks.

In all, Paul Weitz logged a total of 793 hours in space.   He was Deputy Director of the Johnson Space Center when he retired from NASA service in May 1994.

Erie honored him with a massive parade through the city when he returned from his first mission.  At Harbor Creek High School, they named the stadium for Weitz.  Friends and family, who called him P.J., knew Weitz as a low-key guy who liked to hunt and fish and was modest about his NASA career. His brother and sister-in-law John and Karen Berry say he was in Erie just a few weeks ago to spend time with family.  Weitz ashes will be interred in Erie County.  Funeral arrangements are expected to be private.