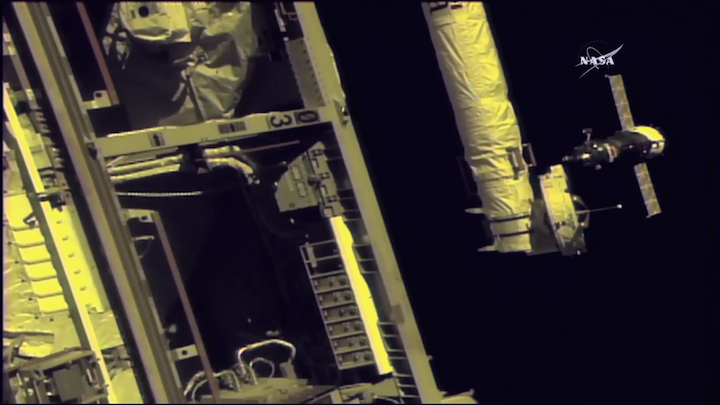 The three crewmates launched aboard the Soyuz MS-06 spacecraft from the Baikonur Cosmodrome in Kazakhstan at 5:17 p.m. (3:17 a.m. Baikonur time Wednesday), orbited Earth four times, and docked at the space station. The hatches between the spacecraft and station will open at 12:40 a.m. Wednesday.

Bresnik, Ryazanskiy and Nespoli are scheduled to remain aboard the station until December, and Vande Hei, Acaba and Misurkin are slated to return in February 2018.

This marks the first long-term increase in crew size on the U.S. segment from three to four, allowing NASA to maximize time dedicated to research. Highlights of upcoming investigations include demonstrating the benefits of manufacturing fiber optic filamentsin a microgravity environment, a new study looking to slow or reverse muscle atrophy in astronauts during spaceflight, and exploring the ability of a synthetic bone material that adheres bone to metal within minutes to accelerate bone repair.

For more than 16 years, humans have lived and worked continuously aboard the International Space Station, advancing scientific knowledge and demonstrating new technologies, making research breakthroughs not possible on Earth that will enable long-duration human and robotic exploration into deep space. A global endeavor, more than 200 people from 18 countries have visited the unique microgravity laboratory that has hosted more than 2,100 research investigations from researchers in more than 95 countries. 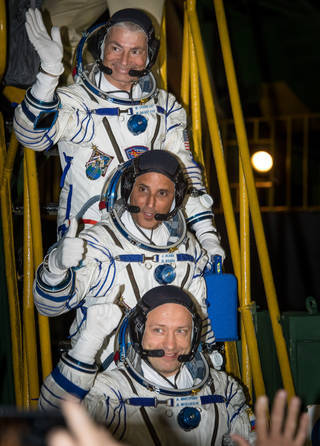