Mars, asteroids, Ganymede and Uranus: China's deep space exploration plan to 2030 and beyond 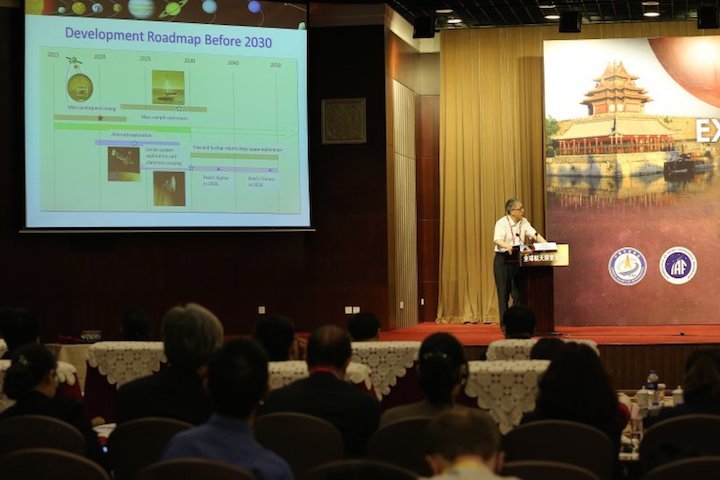 Having developed a broad range of capabilities, the country now has its sights on interplanetary exploration.

At the Global Space Exploration Conference (GLEX 2017) in Beijing in June, China outlined these plans and provided further details to expected missions.

China's first independent interplanetary mission will be a complex orbiter and lander-rover spacecraft set to launch for Mars in 2020. This will be followed by a probe sent to flyby asteroids and possibly retrieve samples from one of the ancient bodies.

Attention will then turn further afield, with an orbiter to be sent to Jupiter, with the aim of arriving in 2036. The mission will focus in part on Ganymede, one of the leading candidates for harbouring life in solar system.

An ambitious Mars sample return mission will also launch around 2030, which could place China in competition with NASA for a space 'first' that could potentially change our understanding of life.

A new addition to previously known missions is a visit to Uranus, according to the outline presented by Zhang Rongqiao, chief engineer at the Lunar Exploration and Space Engineering Centre under the China National Space Administration (CNSA).

The roadmap suggests the probe will arrive at the icy giant after 2040, and will be part of a planetary flyby phase of exploration.

At the same time, China will also be pushing ahead with its human spaceflight plans, namely the modular Chinese Space Station, with construction slated to begin in 2019, as well as an expanded lunar exploration programme which includes the lunar poles and far side, and a new round of space science missions.

Above: A rendering of the Chinese Space station (CMSA).

Another GLEX 2017 presentation by Li Chunlai of the Chinese Academy of Sciences (CAS) indicates that Ganymede, Jupiter's and the solar system's largest moon, has been singled out for close attention for the planned Jupiter orbiter.

At these early stages the plans are to study the body's atmosphere, topography, morphology, tectonics and ice layer.

Above: Li Chunlai outlines science goals for a visit to Ganymede (Andrew Jones/gbtimes).

The massive moon is of particular interest in the search for life elsewhere in solar system due to its inferred subsurface ocean, along with fellow Galilean satellite Europa and Saturn's Enceladus.

China's Mars 2020 mission will be followed by a sample return mission around 2030, depending on the development of the Long March 9, a super-heavy-lift rocket in the same class as the Saturn V or NASA's future SLS.

The mission will combine in-situ analysis of samples with studies undertaken on the samples sent to Earth.

Li said during his talk that the goals of the exploration roadmap include investigating the origin and evolution of the solar system, searching for clues to extraterrestrial life, as well as pushing forward Chinese astronomy, space science and technology.

The proposals, covering a very wide range of phenomena including black holes, gravitational waves, the magnetosphere and even life outside of the solar system, will help China compete for global firsts, Wu says.

Before all of this, China's next major space mission is expected to be the Chang'e-5 lunar sample return mission. Launch was scheduled for late November, but this is threatened by the failure of Long March 5 (Y2) rocket earlier this month.

The Long March 5 is crucial to much of China's most ambitious space plans, and a successful return to flight is now a key goal.

Above: Rollout of the first Long March 5 in October 2016 (China Daily/Su Dong).