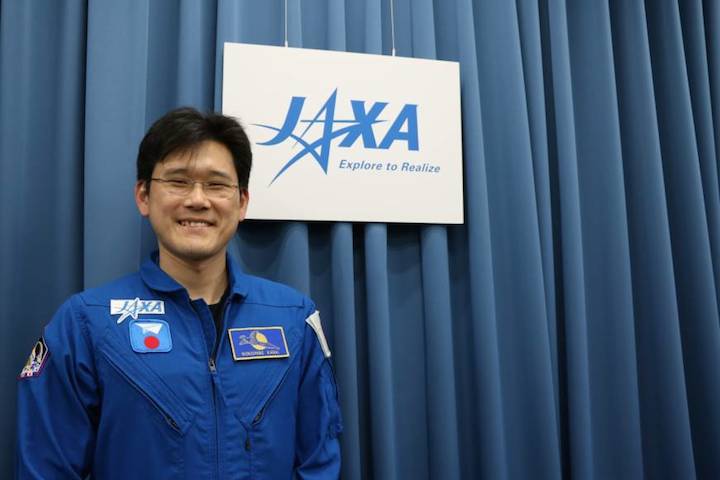 Life may offer an unexpected surprise after an epic letdown, but in the case of first-time space voyager Norishige Kanai, it was an out-of-this-world opportunity.

As Japan’s youngest astronaut, Kanai, 40, is set to undertake a long-duration mission to the International Space Station when he takes off aboard a Russian Soyuz spacecraft this fall, following his initial heartbreak and nine years of extensive training.

Kanai, who was among the 963 applicants for the Japan Aerospace Exploration Agency’s astronaut recruitment campaign in 2009, had set aside his dream of traveling to space when he failed the selection test, held only every 10 years or so in Japan, and decided to move on with life.

At the time in his seventh year as a Maritime Self-Defense Force doctor responsible for the health of deep-sea divers, Kanai was enjoying his daily lunch break jog at the on-base field when he received a call on his cellphone, which usually signals an emergency.

But it was a JAXA officer calling to notify him that he had won a slot as the third and additional astronaut candidate. It had been six months since he was told he would be kept “on hold” as a reserve candidate, which he interpreted as a polite way of saying no.

“It was so dramatic. I had given up. But I had no second thoughts. I made a quick job change,” Kanai said in a recent interview.

“I never imagined I’d get the call after two astronauts had already left for the U.S.,” he said of Kimiya Yui and Takuya Onishi, his classmates in the 14-member 2009 class of NASA astronauts.

Within two weeks Kanai quit his job (on friendly terms), and by the fourth week he had departed for the Johnson Space Center in Houston to begin what entailed days and days of intensive training, including underwater and cave exercises and crash landing simulation.

To this day Kanai has not been told why he was selected — whether it was the way he controlled his temper in the final test where 10 candidates were crammed into a tiny room and monitored for 24 hours, or how patiently he folded 100 origami cranes in one hour — but luck, he says, was definitely on his side.

“I don’t think it was because I was better than the other candidates. The JAXA director jokes that there were more skilled candidates, but I was the only one who passed the physical exam.”

Though he was cleared after a checkup in which candidates stay in a hotel for days to undergo a rigorous head-to-toe medical assessment, ironically, Kanai never saw himself as physically fit growing up, having never been the athletic type as a young boy.

Today, he is not allowed to play contact sports, which come with potential risks of injury as cited in the regulation book for ISS expedition crew members in their six-month departure preparation period.

Sticking to a balanced diet is part of his job, and though Kanai follows an eating plan recommended by his nutritionist and tries to cook in his apartment in Houston whenever possible, he does dine in restaurants and even drink alcohol on occasion.

For most people life beyond our planet is life in a Star Wars episode, but in fact, in a lot of ways, Kanai says, his daily routine is just like any other salaried worker here on Earth, with most of his business hours spent on the ground.

“The funny thing is, I actually have work hours. I start from around 7:00 or 8:00 in the morning, have a lunch break and when I finish in the early evening, I’m free to do whatever. I get the weekends off, too,” he said.

But he is more diligent about hitting the gym than most office workers, performing two-hour weight-bearing exercises every day to limit bone and muscle loss that will be caused by time spent aboard the space station.

Of course, unlike on Earth, recreational activities aboard the space station will be limited — especially in the confines of a bulky spacesuit. On off days, Kanai cannot just shoot off to the movies. But what he will see will be more soothing to the eyes.

“Obviously when I’m in space I can’t take walks, so I’ll look out the window and enjoy the view of the Earth. I’d also like to take photos from the sky looking down. We get to make video calls to family, too,” he said.

Psychological health support services for family members are available for astronauts, but Kanai, who is single, says the thought of having to spend so much time away from his home and family has made him reluctant to marry.

Kanai is based in Houston but has many “homes,” he says. His unique profession requires many business trips to Russia, where he spends four to five months out of the year. He admits he does feel homesick, making only two or three trips to Japan annually.

He speaks Russian and English apart from his native language, as the linguistic barrier can be more than just an inconvenience — it can be a case of life or death. But to Kanai, nationality, like age or gender, is of little relevance in zero gravity.

“I’m not as talkative or aggressive as other astronauts. We all have our own style,” he said. “But once on the job we’re all human beings. It doesn’t matter whether you’re American, Russian or Japanese.”

“I see diversity as an advantage when it comes to a global project. Japan is the only Asian country participating in the ISS program, and maybe we appear different, but I think the (Asian) way of thinking is more appreciated now.”

Koichi Wakata became the first Japanese commander of the ISS in his fourth mission in space in March 2014. Kanai says this shows that the work of his Japanese predecessors — 10 overall including those assigned to short-term missions — was evaluated highly.

Fortunately there have been no Japanese to date who have become certified astronauts and never flown to space, but Kanai says that it does happen elsewhere, like in the United States and Russia, where there are more astronauts.

“I’ve heard some have decided to resign before they get a chance to fly due to age, illness or lack of motivation,” Kanai said. “Being Japanese I have little concern about not having a chance for space flight, so quitting has never crossed my mind.” The cost of training a single astronaut is one reason Kanai will continue to value his job. He can think of a dozen ways to contribute to JAXA after he returns from space, and is not worried about losing his passion after his scheduled long-term expedition.

During his stint as a trainee Kanai has seen many astronauts come and go from Earth, so he says he feels like he is just awaiting his turn in the rotation. He calls himself a rookie, but he has waited long enough that the panic has passed.

When he first joined JAXA he would tense up while meeting astronauts he had only seen on TV, but today Kanai himself is every kid’s hero, and the next astronaut whose face they will see flashing across their TV sets.

Kanai, the third doctor-turned-astronaut after Chiaki Mukai and Satoshi Furukawa, says it’s great that we live in a world where astronauts traveling to space are no longer unusual, and space tours are no longer a farfetched reality.

“Space flight is no longer special. It has been going on (in Japan) for about 15 years now. In a way I could say it’s getting old. But on the flip side of things, it means time has passed and I’m more experienced, more professional.” 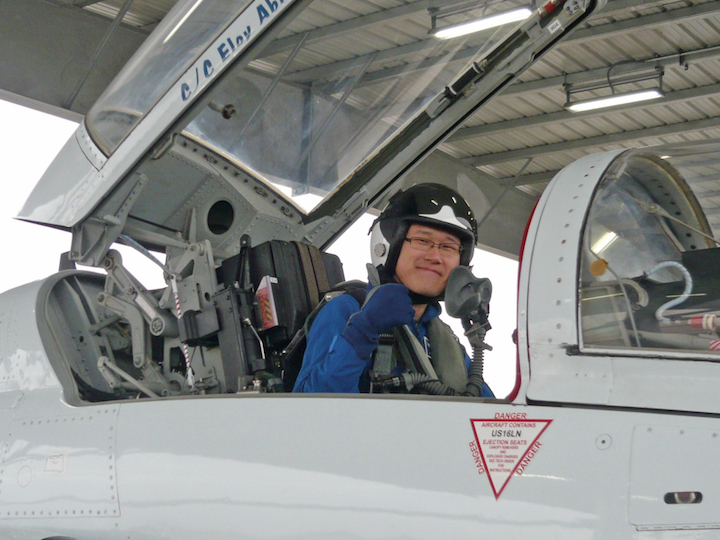