At first, it seemed like a mysterious space capsule had crashed in the desert.

When local officials investigated a tip from a NASA scientist, they discovered a silver metal drum with an attached parachute in Casa Grande, Arizona, according to ABC 15. The strange object was found sitting on the side of the highway with the words "United States" and "Capt. J. Millard" written on it, along with an American flag.

On Monday morning, officials from the Arizona Department of Public Safety unveiled the truth. 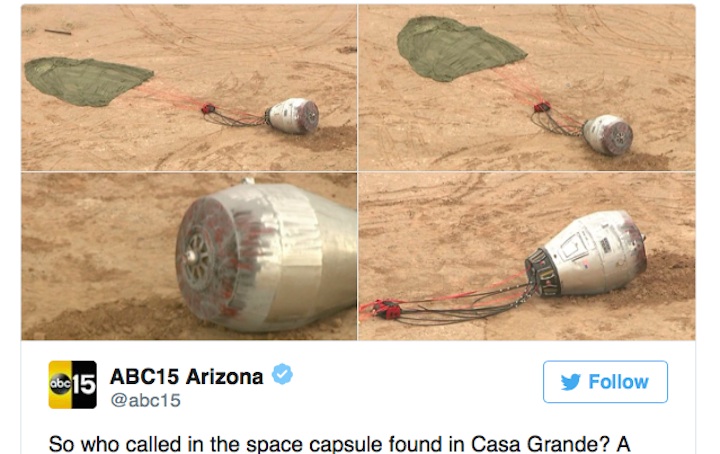 Turns out that crazy-looking capsule was actually just a piece of very life-like art, consisting of a cement truck drum with a parachute attached to it.

ABC 15 tracked down the man behind the capsule, Jack Millard, who has lived near the highway and has been doing similar work for over 30 years. Some of the other things lying on the side of that desert highway on Sunday were concrete teepees and dinosaurs, USA Todayreports.

"I think its going to be known as the 'Casa Grande Capsule," Millard told USA Today, adding that he created the so-called capsule out of a cement mixer from an abandoned concrete truck nearby. 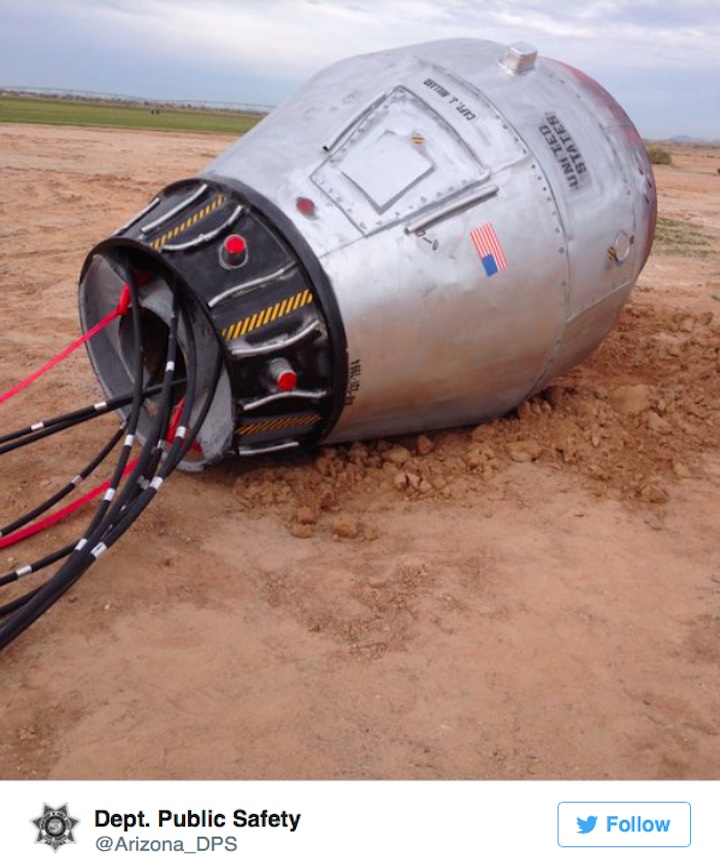 "The cement mixer was abandoned there for 30 years just rusting in the field," he said.

The idea came to Millard when he drove past that metal mixer sitting on the roadside. When he first spotted it, he said, he thought it looked just like a capsule astronauts would travel through space in.

From there, he enlisted the help of another artist, Ren Eide, and they set about creating something that would look like it fell from space. Using a cargo parachute from a military surplus store, they transformed the cement mixer, USA Today reports.

And some people, like that one scientist, took the capsule to be the real thing. Whether they believe it or not though, the most important thing is people just having a good time with the art, Millard said.

"If they enjoy it, that's great," he told USA Today. "We live in such a cynical, jaded world. If it distracts them for a moment, that's a wonderful thing."