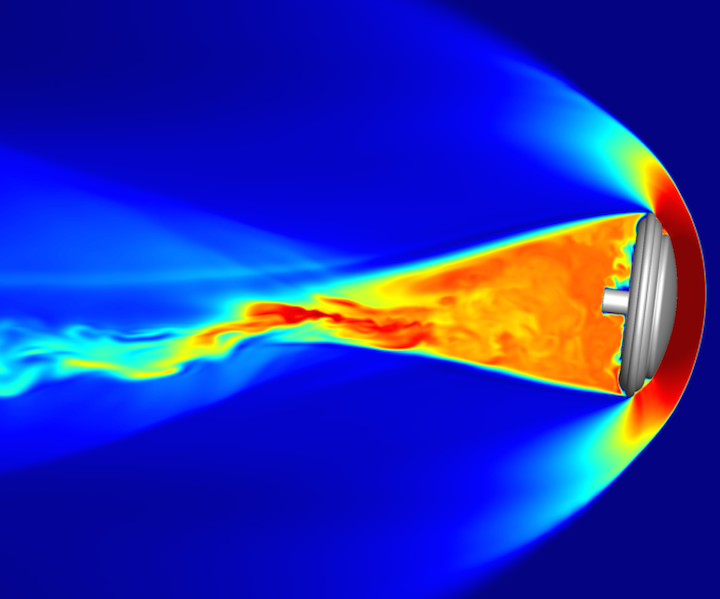 A spacecraft mission's entry, descent, and landing (EDL) phases are some of the most dangerous parts of the vehicle's journey into deep space and must be carefully planned.

Because it is nearly impossible to fully test all aspects of new EDL concepts on the ground, design engineers rely on modeling and simulation to help quantify risk, ensure correct system operation, and analyze data returned from previous missions.

This visualization shows the temperature around a free-flying model that was tested in a ballistic range facility at NASA's Ames Research Center.

The simulation was run on the Pleiades supercomputer at the NASA Advanced Supercomputing facility at Ames Research Center in California's Silicon Valley.

Results were compared with flight dynamics observed during the test in order to validate the computational model.

Meanwhile, NASA this week has been showcasing 40 of the agency's exciting computational achievements at SC16, the international supercomputing conference, Nov. 14-17, 2016 in Salt Lake City, Utah.