Science fiction thrillers usually send in gun-toting heroes like Will Smith or Tom Cruise to kick invading alien butt. Arrival is completely, wonderfully different: it sends in a linguist, played by Amy Adams.

“Language,” one character says, “is the first weapon drawn in a conflict.” The big question to ask the aliens: what is their purpose on Earth?

In Contact, the aliens used prime numbers as a Rosetta stone that could be used to decrypt their communication; in Close Encounters of the Third Kind they helpfully used five musical tones in a major scale, presumably because vibrating strings have the same harmonics in other parts of our galaxy. The aliens of Arrival make incomprehensible groaning noises.

In attempting to communicate with the aliens, Adams’s character, Louise Banks, learns that they use non-linear orthography. Their written language is circular, and doesn’t seem progress from cause to effect – to the aliens, time does not have a direction. This is not so odd – on Earth there are cultures that conceive of time differently to how we do it in English. Chinese speakers tend to think of time running from top to bottom, as opposed to English speakers, who think of time running left to right.

“They use non-linear orthography,” says Banks. “Do they think like that too?”

This is our introduction to the Sapir-Whorf hypothesis, which holds that a language shapes the way we think. In the 1940s, Edward Sapir and Benjamin Whorf proposed that the structure of a language determines, or at least influences, how we perceive and experience the world. The theory has been controversial, but there is now some support for it. For example, in Russian there are two words for different shades of blue, and Russian speakers are faster at discriminating between the shades than are English speakers (PNAS, doi.org/bms49k). It seems that words can prime parts of the brain to work better.

Building a black hole: Our spoiler-free guide to the science of Interstellar

Some supporters of linguistic relativity, which is another name for the Sapir-Whorf hypothesis, think that the cognitive benefits of language helped spur its evolution. This is relevant to the movie, as the fate of humanity, and possibly of the aliens, depends on us understanding their language.

There could be some evidence for this selective power of language in putty-nosed monkeys. These are social monkeys that live in Nigeria and have two simple warning calls: a “pyow” means there is a leopard coming, and a “hack” means there is an eagle. But if you put the two together it means “let’s move along”. It’s very simple, to be sure, but language requires different meanings to be constructed from the same syllables, which the monkeys have managed to do.

The movie takes this idea and runs with it. If you learn a new language, your brain gets rewired, we are told. Sure, this happens especially in bilingual speakers switching between languages. In Arrival we see Banks’s brain getting rewired to an absurd extreme.

This rewiring has a deeply personal impact on Banks. In fact, Arrival is far more about human understanding, memory, love and fortitude than it is about alien invasion.

Banks’s daughter, Hannah, has tragically died of some rare illness. “There are days that define the story of your life,” Banks says at the film’s downbeat beginning. Here we get a namecheck to the short story on which the film is based, a piece by Ted Chiang called Story of Your Life, and a subtle clue to one of themes of the film: Hannah’s name is a palindrome, so it reads the same forwards and backwards.

Interstellar achieved a similarly moving emotional tone, but that film had an epic, last-chance-for-humanity feel to it. With Arrival, the stakes are just as high, but the struggle and the tension stay grounded – in Amy Adams. Adams gives a performance of such intimacy and empathy that she dominates everyone else on screen, even the gigantic, mysterious aliens themselves.

Director Denis Villeneuve is currently working on the Blade Runner sequel. On the evidence of Arrival, I can’t wait: this is a movie that stays with you, and will have you pondering the final twist for days. 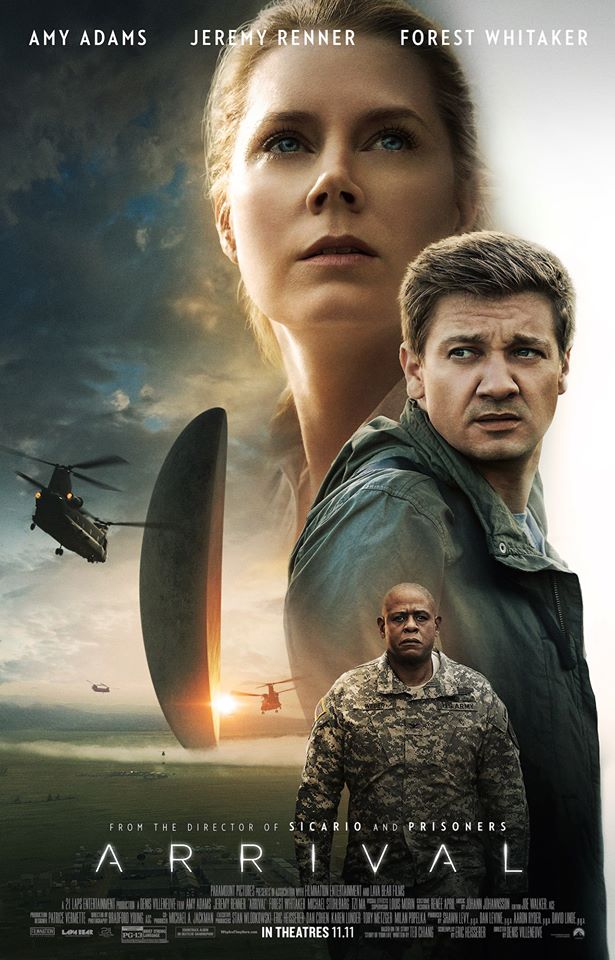 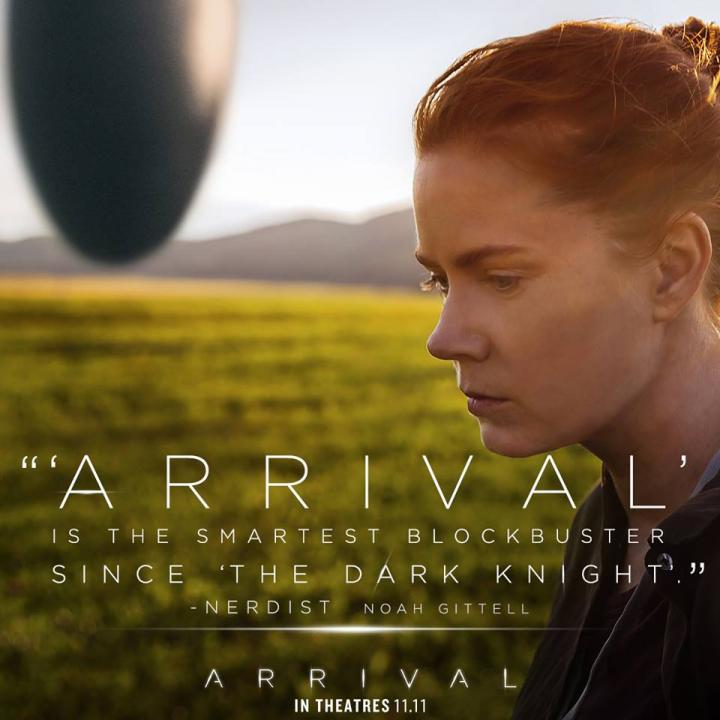 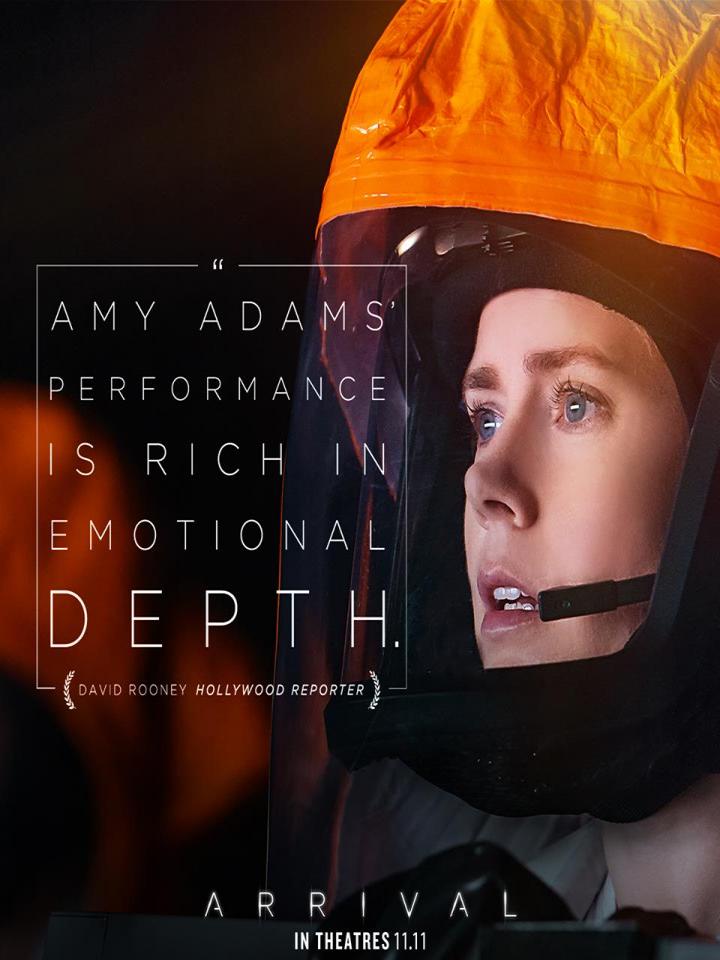 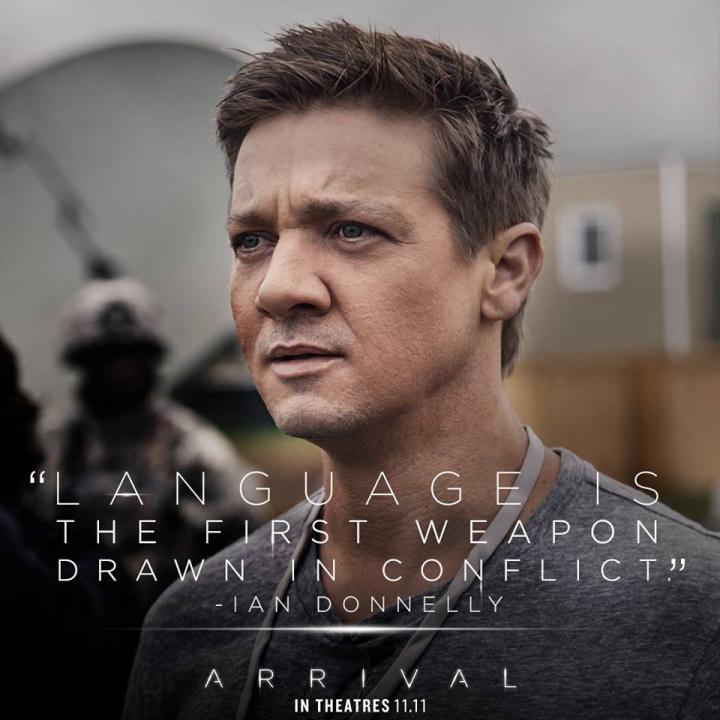