Sending Messages to Aliens: Could It Kill Us?
If an advanced alien civilization is out there, should we advertise our presence and hope they're friendly?
Humans are amazing. We build huge, complex machines. We have deep philosophical thoughts about the universe. Our scientific thinking is so advanced that we can manipulate life on a genetic level and create matter than hasn't existed since the dawn of the cosmos. What's more, we are one of a kind. Evolution broke the mold when humanity invented the wheel. Sure, there's intelligent animals like dolphins and apes, but they can't build radio telescopes. And we're the only ones in the galaxy... that we know of.
One of the burdens of being an amazing race of intelligent, technology savvy beings is that we can overthink stuff. This is usually beneficial; we are able to foresee challenges and dangers to our existence and adapt to deal with change. We can also learn from our mistakes and understand our weaknesses, usually. However, when considering the sheer vastness of our universe, our imaginations are kicked into overdrive. Humanity may be a sophisticated, advanced and awesome race, but say if there's an extraterrestrial civilization out there that is even more awesome.
And as we project the worst of human nature on these imaginary alien beings, we ask ourselves: What if "they" are our worse nightmare?
. 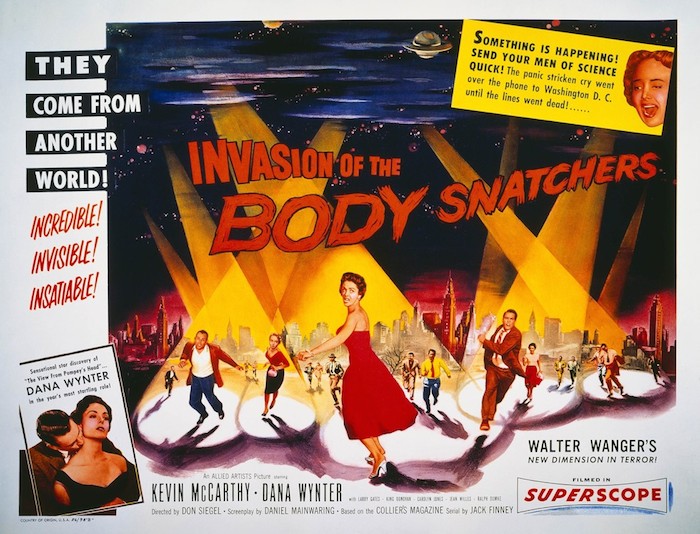 This "what if" has really been the driving force behind the extraterrestrial debate in recent years. As life is only known to exist on this planet, we can only use life as we know it to guess what life elsewhere will be like. Our history is a mess of advancement and bloody conquest; our most transformative eras are usually spawned by competition and violence, not peace and quiet collaborations. So by extending this logic into outer space, our natural conclusion is that should we come across advanced aliens, they will more likely be an invading force rather than benevolent, peace-loving lifeforms.
After all, why would these aliens bother with overcoming the interstellar expanse if not to loot Earth of its valuable resources?
The most recent twist in the alien invasion imaginings comes from a paper published in the arXiv preprint service by John Gertz of the Foundation for Investing in Research on SETI Science and Technology (FIRSST). In the thought-provoking discussion, Gertz outlines the rationale behind active SETI -- known as Messaging Extraterrestrial Intelligence, or "METI."
METI is very different from the Search for Extraterrestrial Intelligence, or "SETI." SETI assumes that should there be technologically intelligent extraterrestrials, they might be transmitting radio waves (or some other form of artificial electromagnetic signal) that we might be able to detect. There could be beacons scattered throughout our galaxy just waiting to be found, it's just a matter of knowing where to look. Since Frank Drake's famous modern attempts to look for these signals in 1960, SETI has been going ever since in various forms. The SETI Institute, a non-profit research organization in Mountain View, Calif., was even founded to develop technologies in this niche -- though the organization is involved in many other astronomy and astrobiology research programs, not just the search for alien signals.
Other methods of passively seeking-out aliens include looking for hints of advanced civilizations, but not necessarily the ones that are transmitting. We might be able to detect a civilization's accidental radio "leakage" -- like Earth has been leaking radio into space for over a century. Perhaps these civilizations are so advanced that they might build huge structures around their stars that we can detect from afar -- a field known as the Search for Extraterrestrial Technology (SETT) or the Search for Extraterrestrial Artifacts (SETA). Perhaps that bizarre transit signal detected by the Kepler Space Telescope from Tabby's Star (KIC 8462852) is a huge solar collector -- a.k.a. the wonderfully named "megastructure" -- built by super advanced aliens! (Though the signal is likely comets, I prefer to ponder aliens.)
We could also assume these hypothetical aliens face similar challenges as us and perhaps we will detect the presence of an industrialized alien planet by seeking out pollutants choking their atmosphere, such as an excess in carbon dioxide or chemicals that can only be generated via industrial processes, like chlorofluorocarbons, or CFCs.
As our technology becomes more sophisticated, we're able to seek out weaker signals originating from farther star systems, but passive searches will always be stymied by the odds. There are billions of stars in our galaxy, we can't monitor every single one for an artificial signal. And even if we could, there's no guarantee that the hypothetical aliens will be transmitting at the specific time we decide to look. There are some ingenious ideas for narrowing our search and decreasing the odds -- such as "directed SETI", where we identify "habitable" exoplanets to target with our radio antennae -- but for passive SETI to be successful, it needs more observatories, more time (hundreds or even thousands of years) and a lot more funding to stand even a slim chance.
. 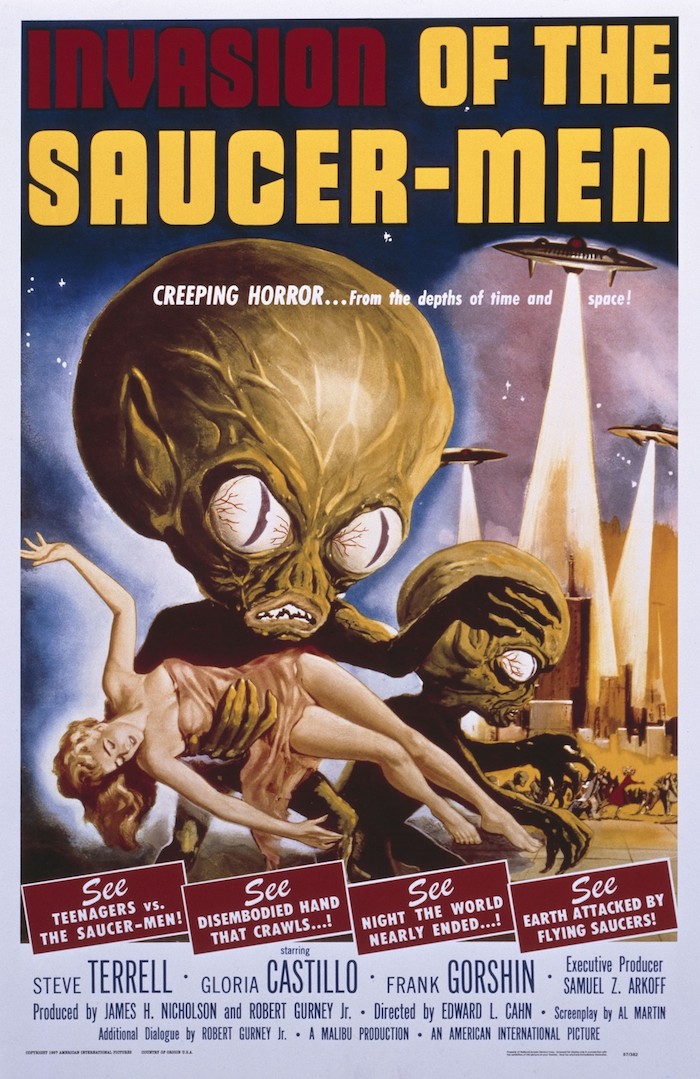 But for those advocating active SETI, or METI, passively looking at the stars is a fools errand, we need to be advertising our presence to the cosmos! We should be blasting unambiguous signals to the stars right now to stand a chance of making "first contact" and proving, once and for all, that there's life -- intelligent life no less -- beyond our interstellar shores.
There have been various METI efforts, but, as pointed out by Gertz, these have been done largely without regulation or discussion with the international community and could be considered to be "unwise, unscientific, potentially catastrophic, and unethical." He even goes as far to say that the current METI methodology is little more than a faith-based roll of the chamber during a game of Russian Roulette.
"Sending a message without a practical plan in place to receive a return message, leads to the conclusion that METI transmissions are like a Hail Mary, they have more in common with a faith based religion than with science," he writes.
Indeed, there are many that oppose the idea that we should alert the universe that there is a habitable planet populated with intelligent creatures. British theoretical physicist Stephen Hawking is an outspoken critic of METI, echoing the concerns of Gertz and pointing out that an encounter with alien beings would more likely resemble the Roman Conquest than a meeting with a peaceful entity like the one from Stephen Spielberg's movie "E.T. the Extra-Terrestrial."
"Such advanced aliens would perhaps become nomads, looking to conquer and colonize whatever planets they can reach," Hawking speculated in 2015.
The fear about a violent, conquering force of rampaging aliens isn't without merit; when our planet's very existence is at risk -- even if the danger is extremely unlikely -- why would we advertise our presence? Would it be like dropping a bucket of chum in shark-infested waters? Do we really want to find out?
So, yes, these arguments alone should be enough to make us want to switch off our radio transmitters. But METI advocates, like Seth Shostak, Senior Astronomer of the SETI Institute, points to the potential benefits to mankind if we were to establish a collective effort to send messages to the stars. Chiefly, Shostak points out that having a fear of these hypothetical intelligent aliens is just an assumption based on our history. Just because humanity has a violent past, it doesn't necessarily mean other life forms would have evolved in a similar way.
"The universe beckons, and we can do better than to declare that future generations should endlessly tremble at the sight of the stars," he concluded in a 2015 New York Times article.
Shostak argues that to not transmit signals could limit technological developments, though I don't share this concern; it could be just as well argued that the lack of development in the field of METI could be offset by huge developments in passively seeking out signals. In the process of boosting our sensitivity to artificial signals, we could make huge gains in new radio astronomy techniques that will have very real spin-offs for science.
. 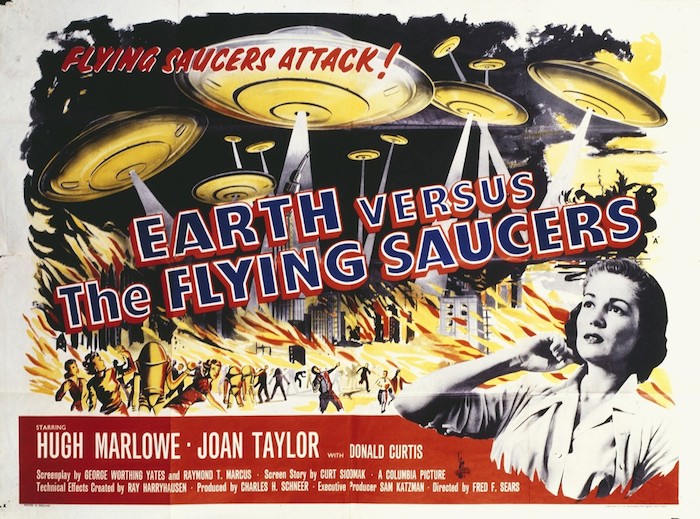 There's the argument that, assuming a sufficiently-advanced alien life form, we are already in the Galactic Rolodex. We've been leaking radio signals into space and blasting radar far and wide for decades; anything within 100 light-years should already be aware of our presence. Perhaps there's some kind of "Star Trek"-like Prime Directive that prevents advanced aliens from making contact until they deem us developed enough to cope with an alien spacecraft landing outside the United Nations Building. If we are actually part of an interstellar ecosystem, I think we can safely assume "they" know we're here. So the question isn't "are we alone?" it's "why are they leaving us alone?"
We can speculate forever about whether or not other life exists and, if it does, what will it be like. But while caution should be urged when advertising our presence to the universe (and we definitely need some kind of international agreement outlining our rules of interstellar communication), we also shouldn't fear the unknown. The vast majority of concerns surrounding alien invasions are based on our perspective and our experiences, naturally. We can't assume that extraterrestrial life will evolve on the same, violent path. The universe is full of wonder and infinite possibilities, that shouldn't be overshadowed by irrational fear of monsters in the dark.
I do share the optimism of METI supporters. If we can establish communications with a peaceful alien civilization, the benefits could be revolutionary. But I don't share their urgency. Before transmitting signals we need to make it a global decision; not short-term projects dreamed up on an ad-hoc basis. And as for silly marketing stunts, I think we can pass.
So while we ponder the possibilities of intelligent life in the the cosmos, remember that many of the fears surrounding alien life come from our nature and our history. Though our evolution has shown that conflict and competition has set us on the path of becoming the intelligent entities we are today, we have no experience beyond our planet.
Also, remember where most of these alien invasion imaginings come from. Who would want to watch movies about vegetarian aliens that land on Earth, making friends, spawning world peace and curing cancer? Not many I'll bet.
Quelle: Seeker
Astronomie
« Zum vorherigen Eintrag Zum nächsten Eintrag »
2614 Views
Created with page4