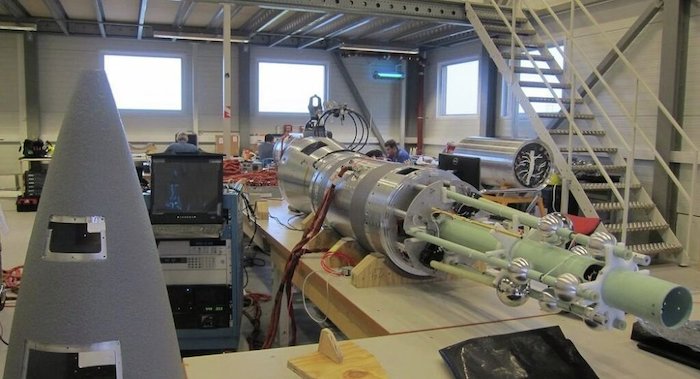 A Russian rocket engine company, with the assistance of a major research and development institute, will work on a project to create a powerful electrodeless plasma rocket engine, Russia’s Roscosmos space corporation said Wednesday.
MOSCOW  — The project will be developed by the Kurchatov Institute, Russia's leading research and development institution in the field of nuclear energy, and the Chemical Automatics Design Bureau (CADB).
"The project involves the development of a new-generation electrodeless plasma engine. It is a high-power engine using fuel in a plasma state. It has a high energy efficiency, an ability to use almost any kind of rocket fuel… and its maximum engine power is limited only by the power supply of a high-frequency generator," Roscosmos said in a statement.
According to Roscosmos, the implementation of the ideas incorporated in the proposed project became possible due to the advance made in the study of plasma fusion process, in the development of high-temperature superconducting technology and modern electronic components of high-frequency generators.
Quelle: Sputnik
Raumfahrt
2175 Views
Created with page4