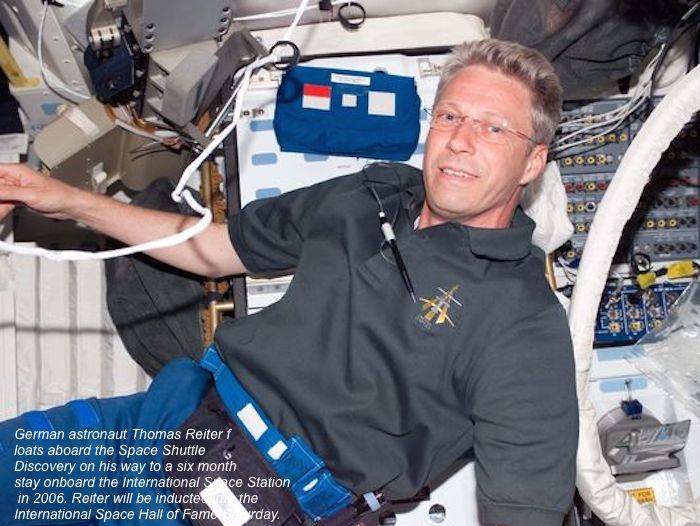 Reiter is a retired German Air Force Brigadier General. As a GAF pilot, he flew more than 15 types of military combat jet aircraft, including the Tornado, and logged over 2,000 hours of flight time. He was also involved in the European Space Agency’s studies of the Hermes manned space vehicle and equipment development for one of Europe’s main contributions to the International Space Station, the Columbus module.
Reiter was selected to join ESA’s Astronaut Corps in 1992 and, after completing his training, was chosen to participate in the Euromir 95 mission to the Russian Mir space station.
Assigned as on-board engineer for the mission, Reiter performed some 40 scientific experiments and performed two spacewalks. It was a record-breaking 179 day mission to Mir.
Reiter also participated in ESA’s first long-duration mission to the International Space Station – the Astrolab Mission which took place from July 4, 2006 to Dec. 22, 2006. Designated as Flight Engineer, he also conducted 19 experiments while on board the ISS and participated in a 5 hour and 54 minute spacewalk. He returned to earth after 171 days in space.
The two long-duration missions that Reiter participated in gave him the distinction of being the only astronaut, other than an American or Russian, with 350 days in space.
Reiter is currently the Director of ESA’s Directorate of Human Spaceflight and Operations. He is responsible for managing European contributions to the ISS, overseeing human spaceflight activities for the Agency, the Space Situational Awareness Programs and operations of ESA satellite missions, along with coordinating the evolution of ESA’s international partners in the ISS program.
Immediately following the induction luncheon, a reception will be held at the German Community Center, 1451 Galway Drive. Attendees will have the opportunity to meet and speak with Reiter. Tickets for the luncheon are $25 each. Tickets for the reception are also $25 each and are limited to a total of 50. Tickets for both events are on sale at the New Mexico Museum of Space History’s Marketing Department, call 575-437-2840 ext. 41153 or email msh.info@state.nm.us
Quelle: ALAMOGORDO DAILY NEWS
- 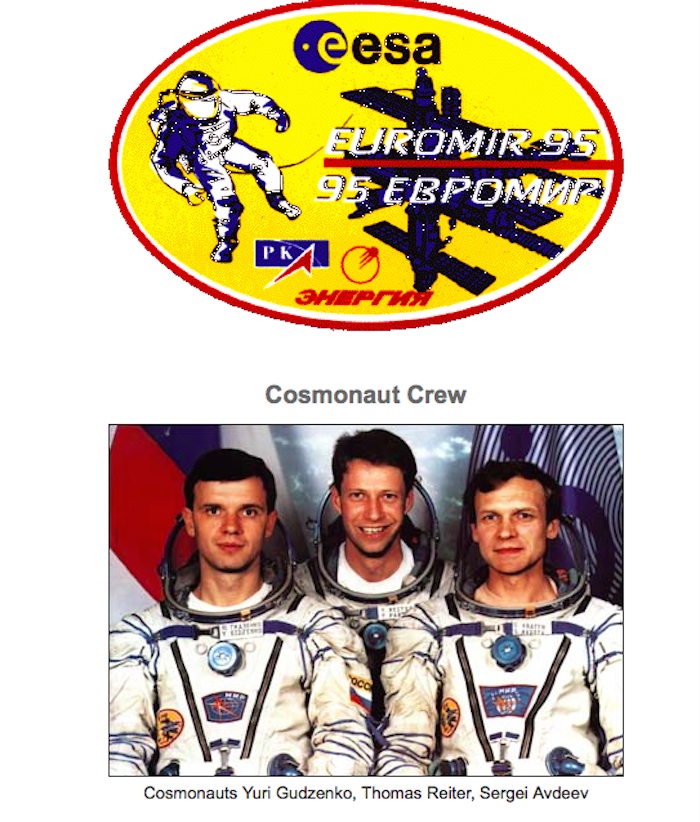 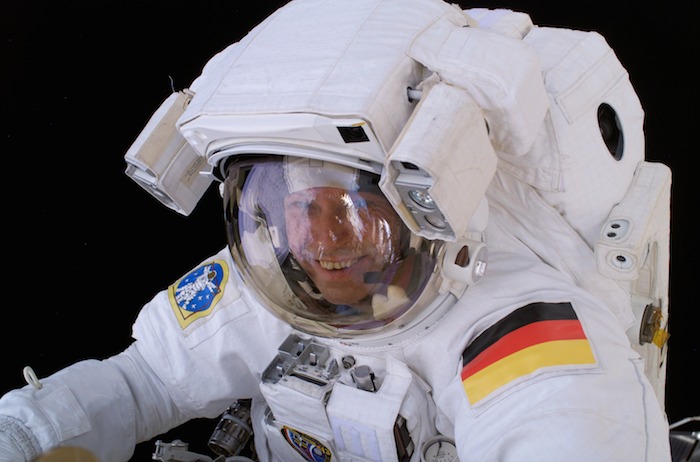