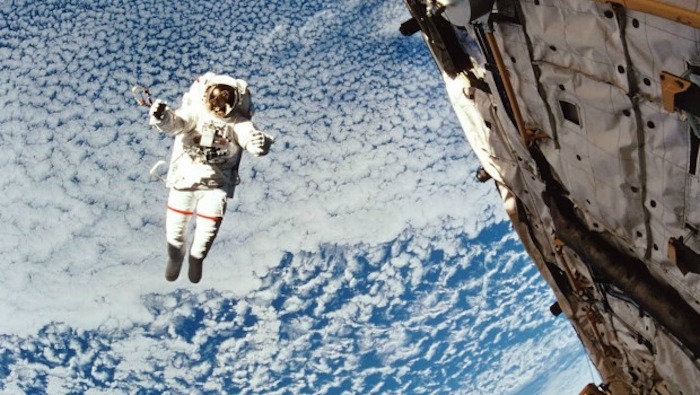 Nigeria wants to launch the first-ever manned mission into outer space by an African country as early as 2030, the country’s Ministry of Science and Technology said.
To get there, Nigeria’s National Space Research and Development Agency plans to collaborate with China, according to Felix Ale, head of communications at NASRDA, Inquisitr reported.
“We contribute to various sectors that benefit the nation,” Ale said. “The focus of our space program is on the socio-economic development of the country. The best way to fast-track development in any part of the world today is through the application of space science and technology.”
Several African countries have their sights set on space and want to tap in and harness the potential of space technology. Nigeria has already launched five satellites since 2003 — some still useful and in orbit.
Ghana and Kenya launched space exploration initiatives in 2012. South Africa is spearheading space technology.
Three hours from Cape Town in the arid Karoo, 455 square miles of farmland have been earmarked to become home to part of the Square Kilometer Array project, a $2 billion radio telescope said to be the world’s largest.
South Africa and Australia were jointly chosen to host the SKA project, according to a report in Africa Good News. The telescope is 50 times more sensitive than any equipment so far and will seek answers to the origins of the universe, according to an earlier AFKInsider report.
The Square Kilometer Array should be fully functional by 2024. A test telescope has already been built to try out the technology. The Karoo Array Telescope 7 is a working instrument.
The KAT-7 telescope uncovered the secrets of a binary star system, according to Africa Good News. The star system was observed firing energetic matter from its core into the surrounding system in extensive, compact jets that flared brightly, details of which are visible only in radio waves, the report said.
Kenyan space expert Calestous Juma, Harvard Kennedy School professor, is considered one of the most influential African authorities on the subject. Nigeria’s ambitions to enhance the scope of science, innovation, and space engineering could have far-reaching benefits for the country’s economy, he said, according to Inquistr.
“Scientific, technological and engineering capabilities would have direct economic benefits to Nigeria long before the decision of putting a person in space is made,” Juma said. “Space walks are probably the least important. It is the scientific and technological infrastructure and its linkages to the rest of the economy that matters.”
Citizens of 40 countries have ventured into space since the first-ever manned space-flight, commanded by Russian Cosmonaut Yuri Gagarin, made history in April 1961. Since then, only three countries — former Soviet Union, the U.S., and China, have successfully launched their own manned space missions. The Soviet Union and U.S. integrated many astronauts from other countries into their space programs, according to Inquistr.
More than 1,000 satellites are in orbit, nearly half of them from the U.S. Many are in low-earth orbit, a few hundred kilometers above the earth. Some of the better known satellites include the International Space Station and the Hubble Space Telescope.
Sign up for the AFKInsider newsletter — the most compelling business news you need to know from Africa and the African diaspora, delivered straight to your inbox.
Quelle: AFK Insider
---

Nigeria plans to send an astronaut to space by 2030

Nigeria has announced plans to send an astronaut into space by 2030, as part of its drive to develop a world-class space industry.
"The space program is very important," said Dr. Ogbonnaya Onu, Minister of Science and Technology, during a speech in the capital city Abuja. "Space is a major asset that Nigeria must be involved in for the purpose of protecting national interests."
A Nigerian Space Agency delegation will visit partners in China this month to discuss logistics and investment for a manned space mission, which would be the first by an African nation.
The case for space
Dr. Onu's announcement has been greeted with skepticism, partly as it came soon after a scam email demanding $3 million for a lost Nigerian astronaut went viral, and as policy announcements from the new government have been scoring poorly on the Buharimeter, a Nigerian civil society website assessing policy commitments. Onu also recently announced plans to start a pencil manufacturing industry that would create 400,000 jobs.
But Nigeria's space program is no joke, and it is making steady progress. The National Space Research and Development Agency (NASRDA) has launched five satellites since 2003, with three still in orbit delivering vital services. The most recent - NigeriaSat-X -- was the first to be designed and constructed by NASRDA engineers, and more advanced models are in development.
Ethiopia starts looking at the stars - from a nearly perfect location
The space agency has made extensive and creative use of the satellites, from analyzing climate data to improve farming practices, to retrieving hostages from Boko Haram, and officials argue this proves space exploration is essential for Nigeria.
"We contribute to various sectors that benefit the nation," says Felix Ale, NASRDA communications chief. "Space applications are key to development."
Capacity has improved through greater investment in infrastructure and skills, says Ale, adding that NASRDA has now trained over 300 staff to PhD or BsC level.
Crucially, the industry also benefits from political will at the highest level.
"The president is committed to the program," says Ale. "To ensure that dreams transfer to reality."
Grand ambition
Launching an astronaut into orbit represents a greater challenge than Nigeria's previous missions, but leading figures from the space industry are optimistic.
"To train an astronaut from selection to flight takes about eight years," says Dr. Spenser Onuh, head of the Centre for Satellite Technology Development. "2030 is realistic in my opinion...Responses from the international collaborators are very supportive and encouraging."
Professor Calestous Juma, a specialist on space programs in developing countries at the Harvard Kennedy School, suggests the mission represents "lofty ambition" that "may or may not happen as planned."
But he believes that the vision is more important than the outcome.
"Scientific, technological and engineering capabilities would have direct economic benefits to Nigeria long before the decision of putting a person in space is made," says Juma. "Space walks are probably the least important. It is the scientific and technological infrastructure and its linkages to the rest of the economy that matters."
Inspiring a continent
The Nigerian space program has ambitions beyond its borders, and it is hoped that bold statements -- such as a manned mission -- will inspire stargazers across the continent.
"This would be a landmark achievement for Nigeria and Africa, which will encourage the rest of Africa to get involved," says Ale.
Nigeria already shares resources from its space assets, such as providing satellite imagery to Mali, and has supported the idea of an African Space Agency.
With an ever-increasing number of African states investing in space programs, while traditional powerhouses downsize, the continent could be the hotspot of exploration for years to come.
Quelle: CNN
----
Raumfahrt
« Zum vorherigen Eintrag Zum nächsten Eintrag »
2142 Views
Created with page4