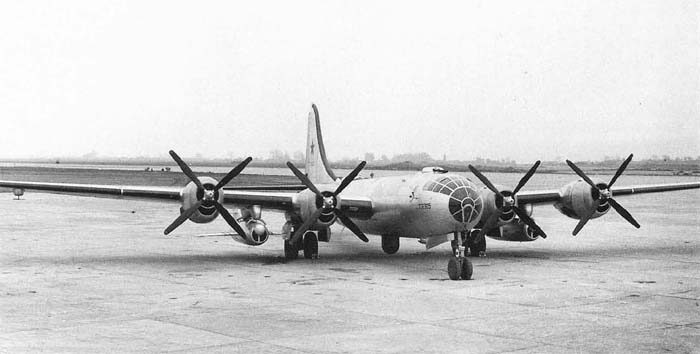 701 club: Case 1168 April 29, 1952
Don Berlinner’s list describes this as follows:
April 29, 1952; Goodland, Kansas. 100 p.m. Witness: B-29 bombardier Lt. R.H. Bauer. One white fan-shaped light pulsed 3-4 times per second for 2 seconds.1
The actual time was 2200 CST. Berlinner apparently dropped a “0” from his time.
Blue Book investigation
The Blue Book file only contains a three page report filed by the intelligence officer of the 90th Bombardment wing at Topeka, Ks.2 It contained several attachments but nothing that helps much.
Investigation into the Blue Book file indicates the Bombardier was the only person who saw the object. It passed directly over the aircraft and never changed direction. Only the shape seemed odd but for a 2 second observation, one has to question how accurate this was especially when viewing through the Plexiglas dome of a bombardier’s position on a B-29. It would not be surprising that the curvature of the glass could introduce distortion of shape.
.

Investigators considered a meteor explanation but dismissed it because the Astronomy department of Washburn University in near- by Topeka (300 miles from the sighting location) stated there was no meteoric activity that night3. While there were no significant meteor shower activity, sporadic fireballs are not uncommon.
Perhaps the Astronomy department meant that they had no reports of bright fireballs that night. There may be a good reason for this. The Blue Book file clearly states that the plane was at 30,000 feet and ABOVE a solid overcast up to 28,000 feet! Weather obser- vations for Salinas, Kansas indicated there were light showers that night4. Other observations in the area indicated there were show- ers and clouds over the region. This indicates that it is unlikely that local ground observers could have seen a fireball that evening.
Solved?
While the case can’t be conclusively solved, the short duration of the sighting and flight path indicates a fireball meteor is plau- sible. This case should be reclassified as a probable fireball.
Quelle: SUNlite 2/2016
UFO-Forschung
« Zum vorherigen Eintrag Zum nächsten Eintrag »
2308 Views
Created with page4