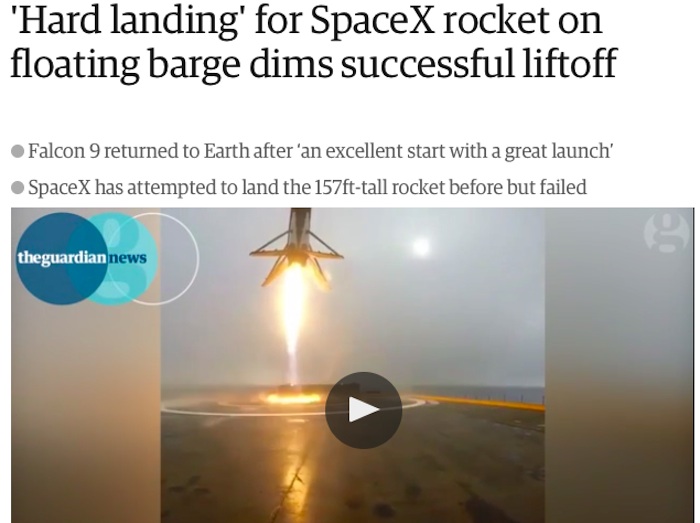 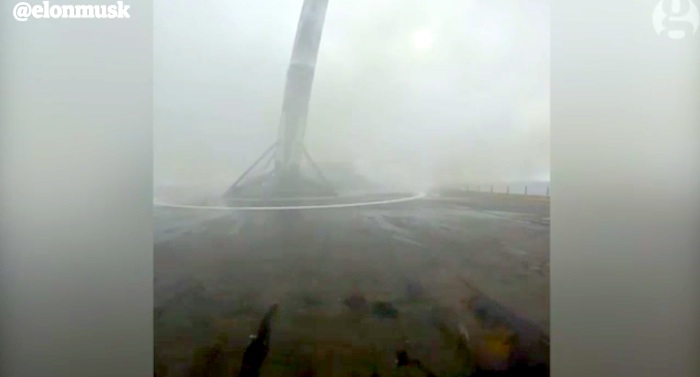 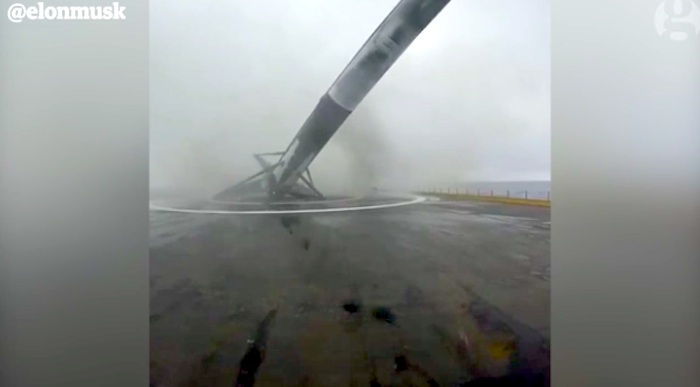 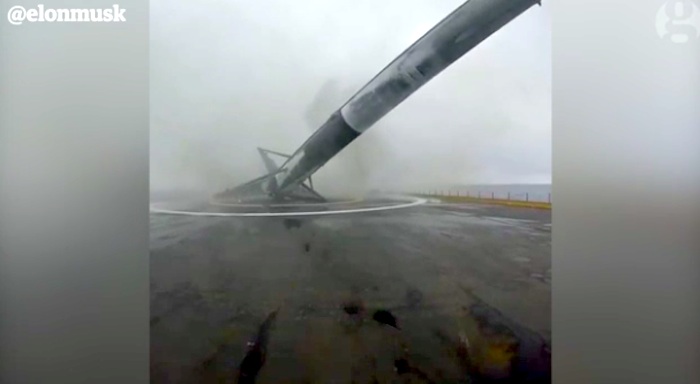 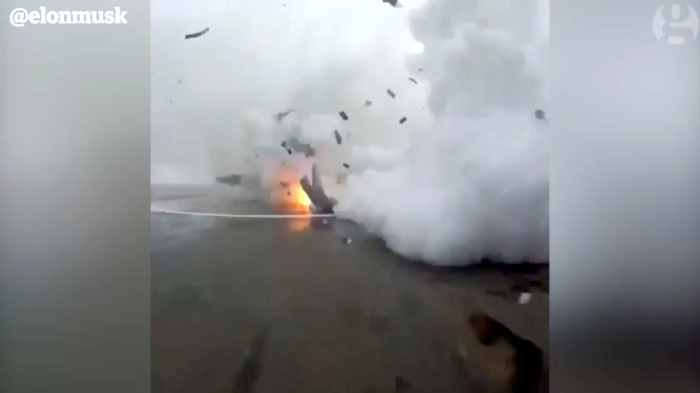 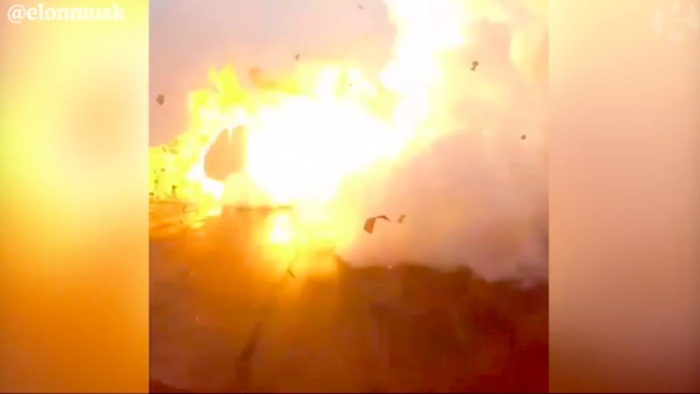 SpaceX failed to land its reusable rocket on a robotic barge floating in the Pacific on Sunday, a little less than a month after Elon Musk’s private spaceflight company managed a historic landing on solid ground.
The spaceflight company launched a Falcon 9 rocket from Vandenberg Air Force Base, near Los Angeles, at 10.42am. It delivered a Jason-3 satellite into orbit on behalf of Nasa and the National Oceanic and Atmospheric Administration (Noaa)
The Falcon 9 returned to Earth not long after liftoff, its thrusters firing to slow its plummet through the sky, until it reached the barge and made what SpaceX engineers called a “hard landing”. It broke a landing leg on contact with the landing platform.
SpaceX has attempted to land the 157ft-tall rocket at sea several times in the last year, but not yet succeeded: one rocket exploded due to a faulty steel strut and another nearly stuck the landing until it toppled over (and exploded).
In December the company managed to land a rocket on land, an achievement only managed so far by another private space firm, Blue Origin, whose New Shepherd rocket landed safely in Texas in November. Musk and Jeff Bezos, the Amazon billionaire who owns Blue Origin, both hope to revolutionize spaceflight with reusable rockets that would dramatically reduce the costs of missions.
On Sunday rough seas, with waves 12 to 15 feet high, may have made the landing more difficult even than normal. Musk has said he hopes to make a sea landing on the robotic barge work because it would save fuel – ships can move – and it would remove landings away from where people work and live.
“Definitely harder to land on a ship,” Musk wrote on Twitter. “Similar to an aircraft carrier vs land: much smaller target area, that’s also translating [and] rotating.”
“However that was not what prevented it being good. Touchdown speed was OK, but a leg lockout didn’t latch, so it tipped over after landing.”
The Jason-3 is designed to measure sea level variations and changes to the ocean’s topography, helping teh agencies better predict hurricanes and severe weather. The satellite will carry on a mission that has continued unbroken since 1992.
Parag Vaze, a project manager for the satellite, said on Nasa TV that the entry into orbit went “exactly as planned”.
The satellite had “an excellent start with a great launch”, Vaze said, adding that scientists are “anticipating lots of great science telemetry to come”.
. 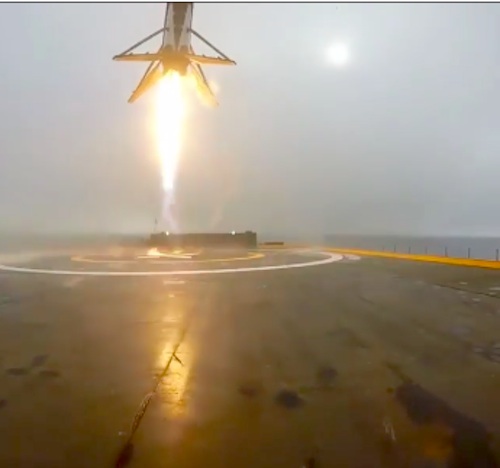 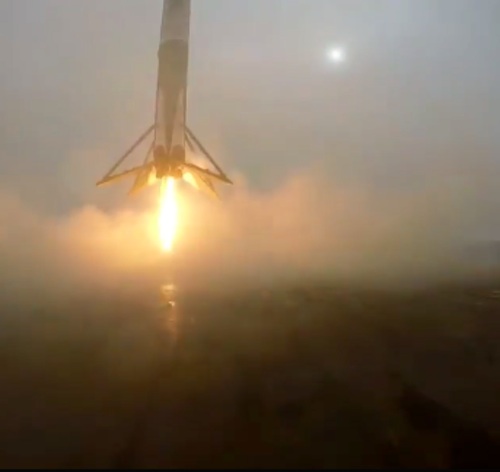 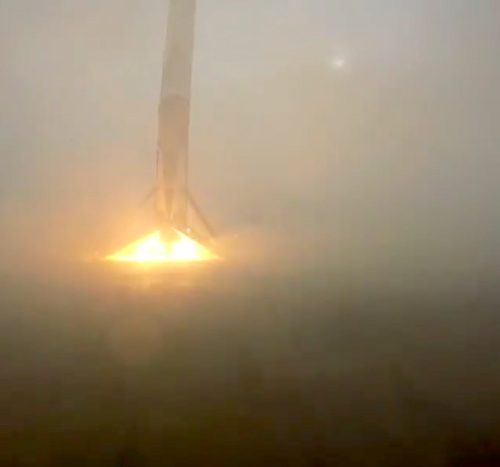 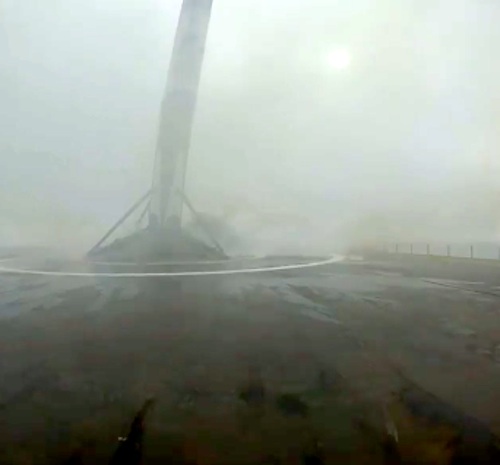 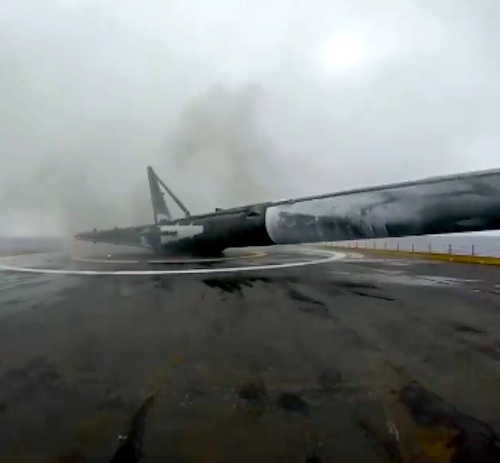 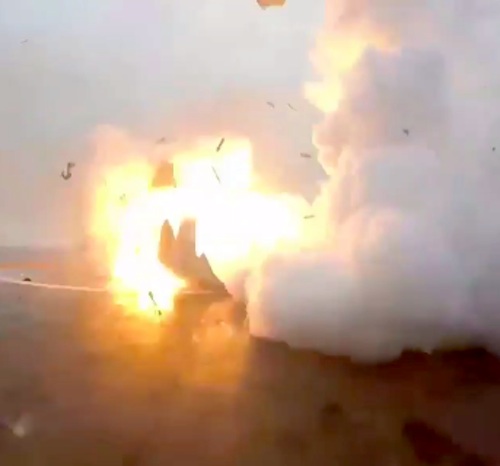 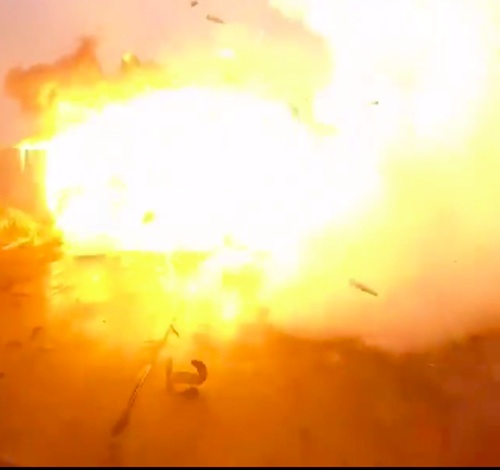