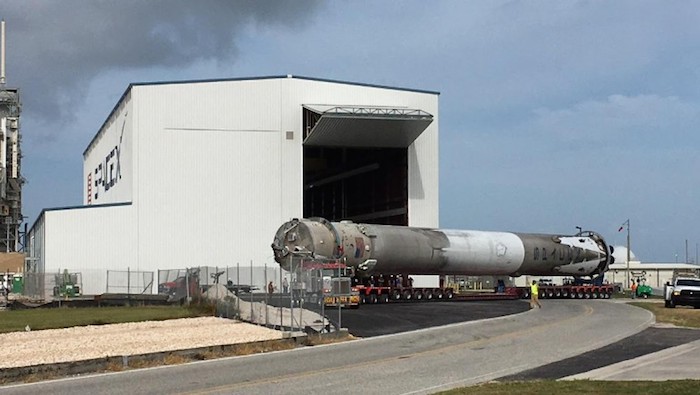 The first SpaceX Falcon-9 first stage booster to launch payload to space and land back at Cape Canaveral is seen here arriving at the company’s Launch Complex 39A, the historic site of many of NASA’s Apollo and space shuttle missions. The booster will now undergo numerous tests at the launch site where SpaceX will soon begin launching their Falcon Heavy and crewed Falcon-9 / Dragon ISS missions. Photo Credit: Shannon Gordon (used with permission)
-
On Dec. 21, six months after its 19th mission exploded offshore of Cape Canaveral, Fla., SpaceX’s new and improved “Full Thrust” Falcon-9 booster successfully launched 11 Orbcomm Generation-2 (OG-2) communications satellites into low-Earth orbit. The company made their “Return to Flight” triumphantly, not only because they pulled off the primary objective flawlessly, delivering Orbcomm’s satellites, but because they also landed the rocket’s first stage booster back at Cape Canaveral 10 minutes later. To add icing on the cake, not only did the booster hit its mark inside Landing Zone-1 (LZ-1), it did so almost dead center where X marked the bulls-eye on a roughly 200 foot by 200 foot concrete landing pad.
Activities commenced immediately upon landing so workers could safely access their historic vehicle. The LOX oxidizer system was purged, and any excess fuel was drained. Any remaining pressurants (i.e., helium or nitrogen) were vented, and any Flight Termination System (FTS) explosives had to be rendered “inert” prior to declaring the vehicle safe. Falcon-9 was then lifted and placed on to a stand, followed by the landing legs being removed before workers lowered the booster into a horizontal position, placed it on a transport vehicle, and took it to nearby Launch Complex 39A at NASA’s Kennedy Space Center over this past weekend.
Quelle: AS
-
Update: 6.01.2016
. 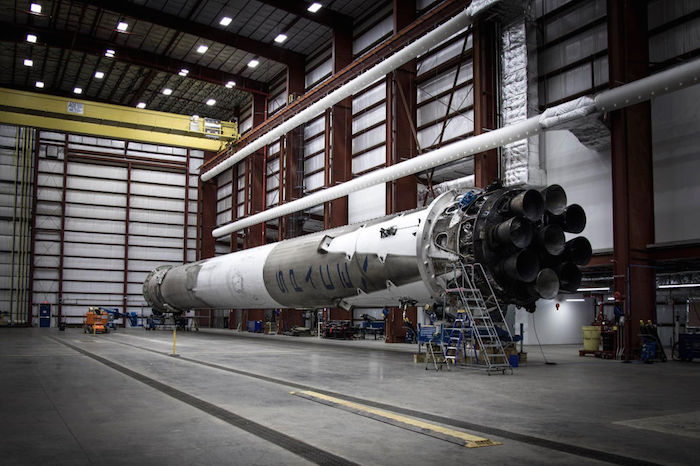 Image of used Falcon 9 booster in the SpaceX hangar, released on January 3.
The Falcon 9 rocket not only survived, it now appears increasingly clear it did so in good shape. On Sunday, SpaceX released a new photo of the first stage of its Falcon 9 rocket that it successfully landed two weeks ago. Aside from soot, produced by the rocket's engines, the Falcon 9 booster appears to be structurally intact.
That was the assessment of SpaceX founder Elon Musk, who tweeted, "No damage found, ready to fire again," on New Year's Eve. Musk has said the flown booster will undergo "static fire" testing on the launch pad, in which the rocket is restrained while its engines are fired. After testing, the rocket is expected to become a valued artifact, although Musk has not said where its final resting place will be.
During a conference call with reporters after the launch and successful recovery of the Falcon 9 rocket on December 21, Musk said he expects the company will attempt to refly a Falcon 9 rocket sometime in 2016.
. 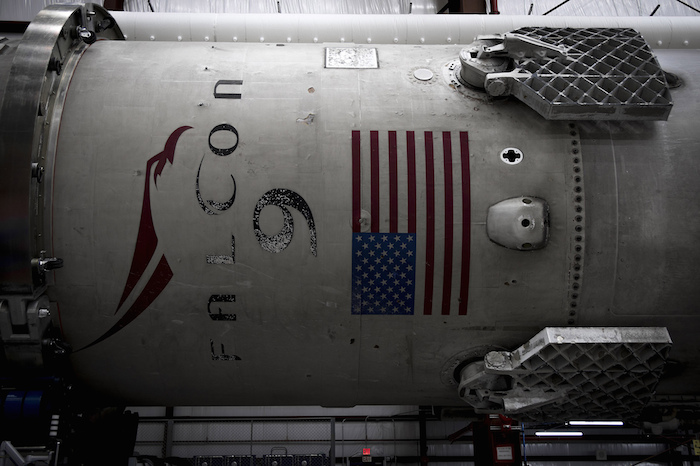 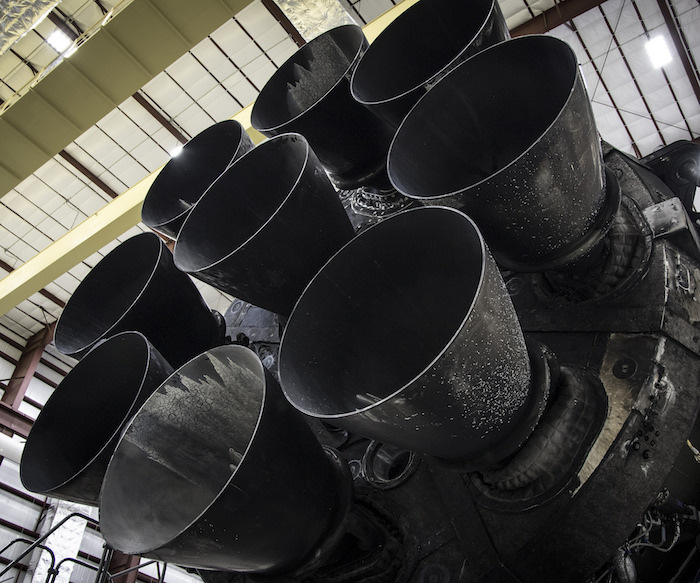 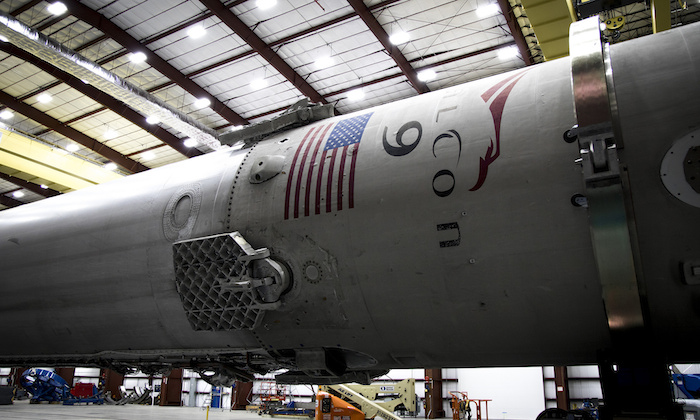 Another view of the Falcon 9.
. 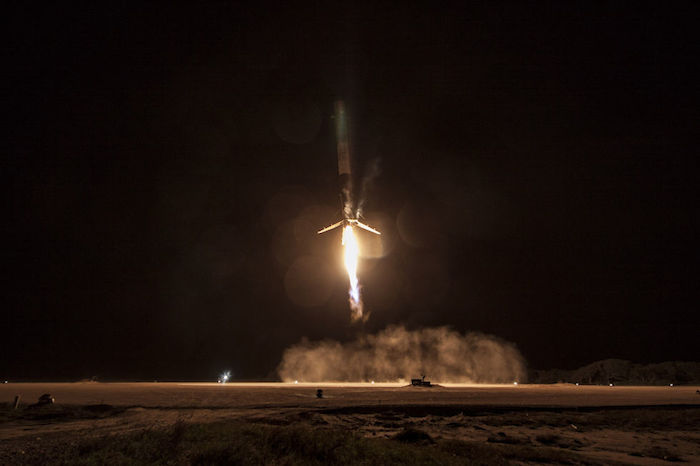 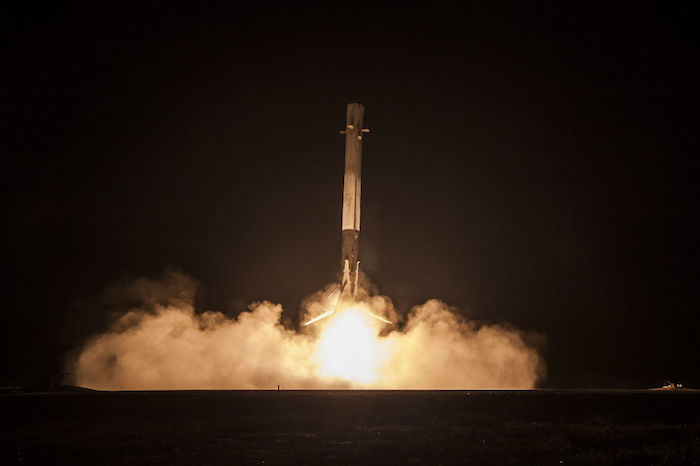 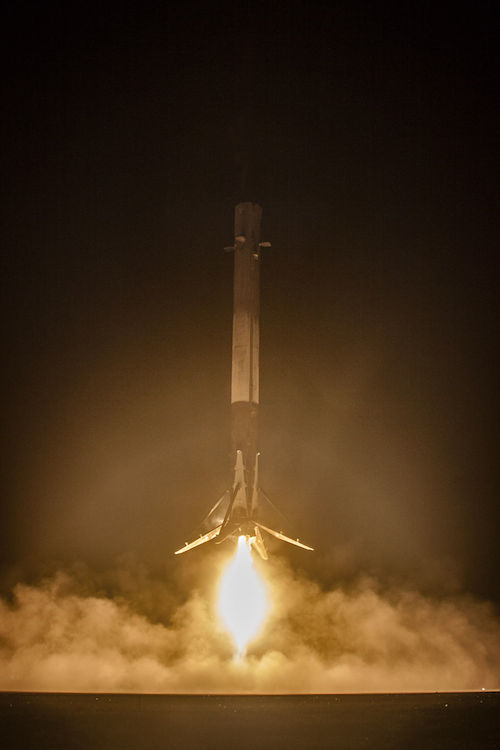 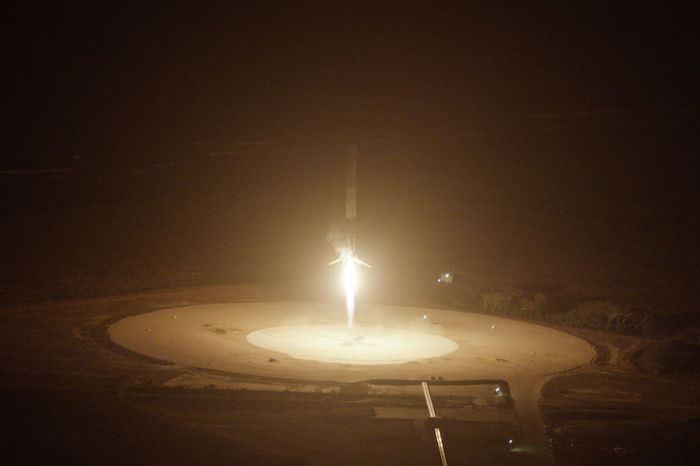 The landing was pretty much dead center.
. 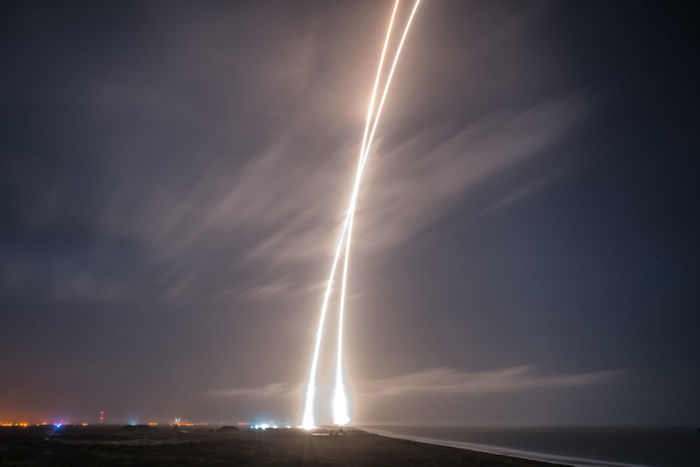