Some people take the new year as an opportunity to contemplate their goals; Alan Lightman, writing in the January issue of Harper’s magazine, takes the opportunity to contemplate the creation of the universe.
It’s a topic too vast and unimaginable for most of us to wrap our brains around, but Lightman brings his considerable skills as both physicist (he teaches at MIT) and novelist (“Einstein’s Dreams”) to introduce us to a “small platoon of physicists” who focus on figuring out such things as what happened at the very first moment of the big bang, whether time or anything else existed before it, and exactly how we distinguish the future from the past.
And they expect, sometime in the next 50 years or so, to have some real answers.
Most physicists, he begins, agree on the big-bang theory, which says that 14 billion years ago the entire observable universe was “roughly a million billion billion times smaller than a single atom” and has been expanding ever since, to its current size of something like 100 million galaxies.
Thereafter, theories diverge: There’s the “Two-Headed Time” school, which sees the BB as sort of a pothole in the long road of time, with the future pointing away from that moment in two opposing directions. In this theory, time moved in a way we would consider backward for billions of years — with the universe contracting all the while — until it shrank to subatomic size. Then the big bang occurred and time began to progress, and the universe expanded, in the way we see now.
. 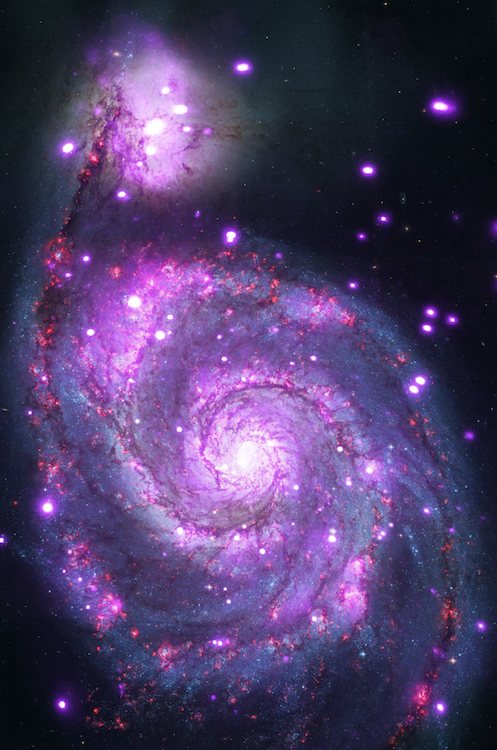 A spiral galaxy similar to the Milky Way glittering with hundreds of X-ray points of light. (NASA/CXC/STSCL/EPA)
.
The other theory posits that the universe materialized literally out of nothing. As Stephen Hawking puts it, in this theory the universe “would be neither created nor destroyed. It would just BE.” Physicists in this school point to a documented phenomenon known as quantum tunneling, in which very small particles appear in different places at the same time. This happens only to particles smaller than an atom. But since at the time of the big bang the entire universe was subatomic, the entire universe could have suddenly appeared where it had not been before.
Got that? There’s more. Lightman brings the theological implications of physics into his story. Noting that not all physicists are atheists, he recounts what Saint Augustine said when asked what God was doing before creating the universe. “Augustine replied,” he says, “that since God created time when He created the universe, there was no ‘before’. ”Headache-inducing as the creation theories can be, Lightman and the quantum cosmologists believe it to be an appropriate and useful subject for study. On the other hand, as he wryly notes, “It all happened, whether we think about it or not.”
Quelle: The Washington Post
Astronomie
« Zum vorherigen Eintrag Zum nächsten Eintrag »
2932 Views
Created with page4