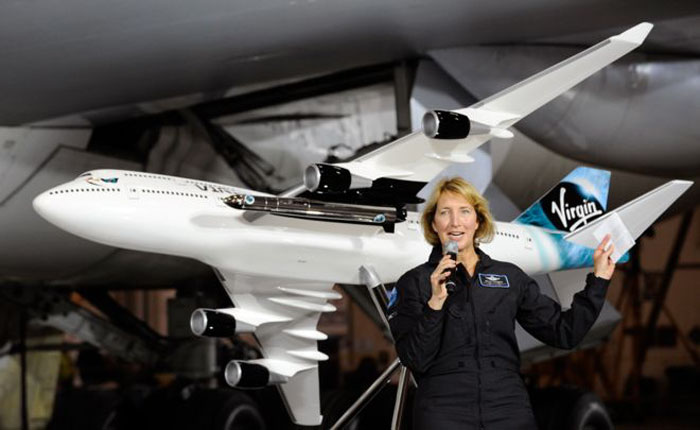 Virgin Galactic's newest pilot Kelly Latimer makes the announcement at an event in San Antonio, Texas
Sir Richard Branson is reassigning one of his old Virgin Atlantic 747-400 jumbos to the service of space.
The jet will be the launch platform for the satellite rocket being developed by another of the entrepreneur's companies - Virgin Galactic.
The 747 will carry this booster to high altitude where it will be released to ignite its engine and go into orbit.
Jumbos have long played a role in space activity, most famously to transport Nasa's old shuttles across America.
Virgin Galactic will be air-launching a tourist spaceplane from underneath a jet vehicle, and originally had planned for the satellite rocket to use the same platform.
But the performance requirements of the booster have driven engineers to seek an alternative carrier.
Earlier this year, they announced they would be increasing the payload capability of the forthcoming rocket after consultations with prospective customers - a jump from 120kg of satellite payload to 200kg, into a standard orbit.
That meant stretching the tanks on the booster to accommodate more propellant, and, as a consequence, its mass and length had to increase.
The old 747-400 jumbo can handle this. Coincidentally, it used to fly in its Virgin Atlantic livery under the nickname "Cosmic Girl". It will now get a new paint job in the Virgin Galactic colours.
"The Boeing 747 has a very special place in my heart: we began service on my first airline, Virgin Atlantic, with just one leased 747," Sir Richard said in a statement.
"I never imagined that today one of our 747s would get a second chance and help open access to space. I'm absolutely thrilled that Cosmic Girl can stay in the Virgin family - and truly live up to her name!"
. 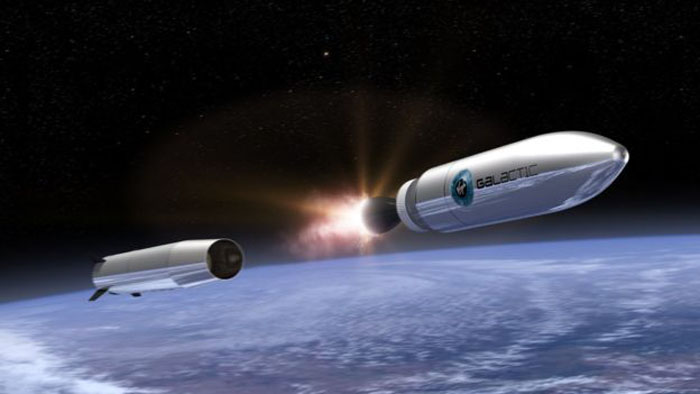 LauncherOne has been scaled up, so a bigger carrier is needed as a consequence
Virgin Galactic is calling its satellite booster LauncherOne.
It intends to debut the liquid oxygen/kerosene rocket in 2016 or 2017, selling missions for under $10m. The company believes that with this price it can grab a major share of the market for launching small satellites.
Already, it has done a deal with satellite telecommunications company OneWeb. This British Channel Islands-based outfit has ordered at least 39 LauncherOnes to orbit up to two spacecraft at a time.
One of the advantages of an air-launch model for satellites is the freedom to base the carrier jet at many locations. It is not restricted to a fixed pad location.
"Air launch enables us to provide rapid, responsive service to our satellite customers on a schedule set by their business and operational needs, rather than the constraints of national launch ranges," said George Whitesides, Virgin Galactic CEO.
"Selecting the 747 airframe provides a dedicated platform that gives us the capacity to substantially increase our payload to orbit without increasing our prices."
. 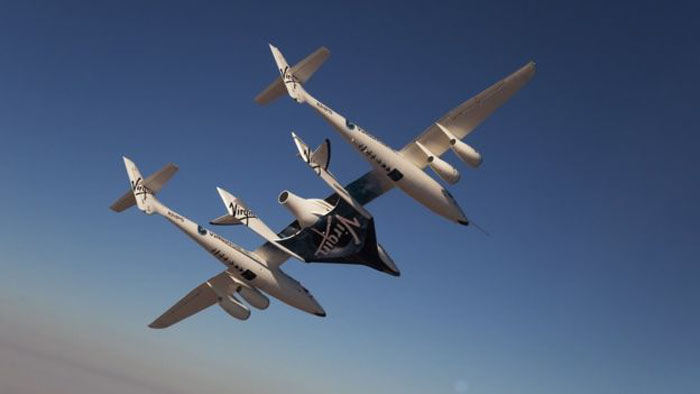 Virgin Galactic's rocket-powered tourist spaceplane will launch from underneath its own carrier jet
. 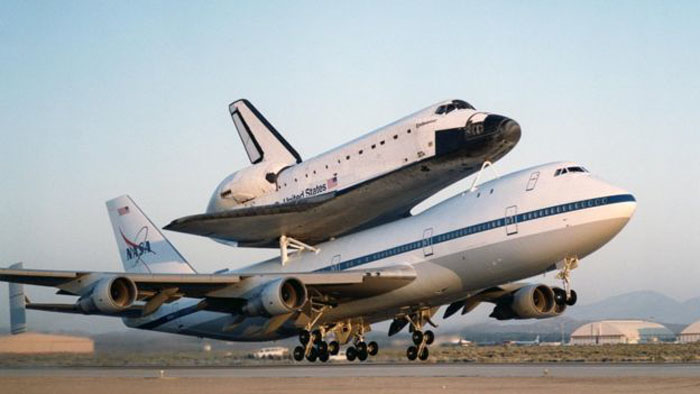 Nasa used to move the space shuttles on the back of modified 747-100s
Quelle: BBC
Raumfahrt
1953 Views
Created with page4