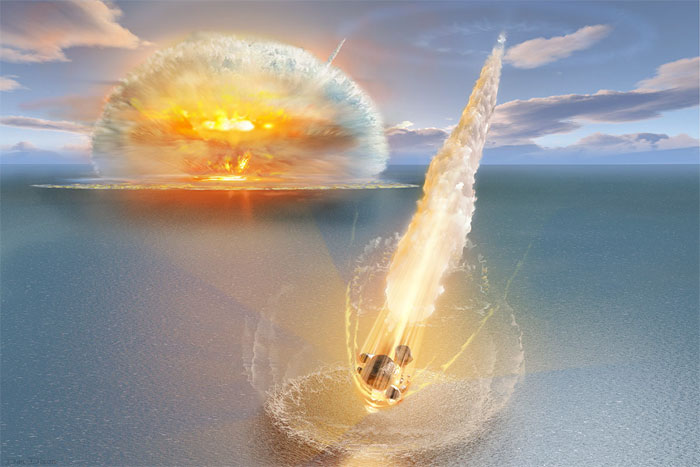 Researchers at the University of Gothenburg have found traces of two enormous meteorite impacts in the Swedish county of Jämtland, a twin strike that occurred around 460 million years ago.
The researchers have discovered two craters in Jämtland. One is enormous, while the other is a tenth of the size of the first.
"The two meteorite impacts occurred at the same time, 458 million years ago, and formed these two craters," says Erik Sturkell, Professor of Geophysics at the University of Gothenburg.
Erik Sturkell and his research colleagues found one of the craters 20 kilometres south of Östersund in Brunsflo. This is an enormous crater, with a diameter of 7.5 kilometres. The smaller crater is located 16 kilometres from there, and has a diameter of 700 metres.
An era of meteorites
The two meteorite impacts 458 million years ago were not the only ones to strike Earth at this time.
"Around 470 million years ago, two large asteroids collided in the asteroid belt between Mars and Jupiter, and many fragments were thrown off in new orbits. Many of these crashed on Earth, such as these two in Jämtland," says Erik Sturkell.
Jämtland was under the sea at the time, with a water depth of 500 metres at the points where two meteorites simultaneously stuck. Double impacts like this are very unusual. This is the first double impact on Earth that has been conclusively proved.
"Information from drilling operations demonstrates that identical sequences are present in the two craters, and the sediment above the impact sequences is of the same age. In other words, these are simultaneous impacts," says Erik Sturkell.
The water was forced away during the impact, and for a hundred seconds these enormous pits were completely dry.
"The water then rushed back in, bringing with it fragments from the meteorites mixed with material that had been ejected during the explosion and with the gigantic wave that tore away parts of the sea bed," says Erik Sturkell.
. 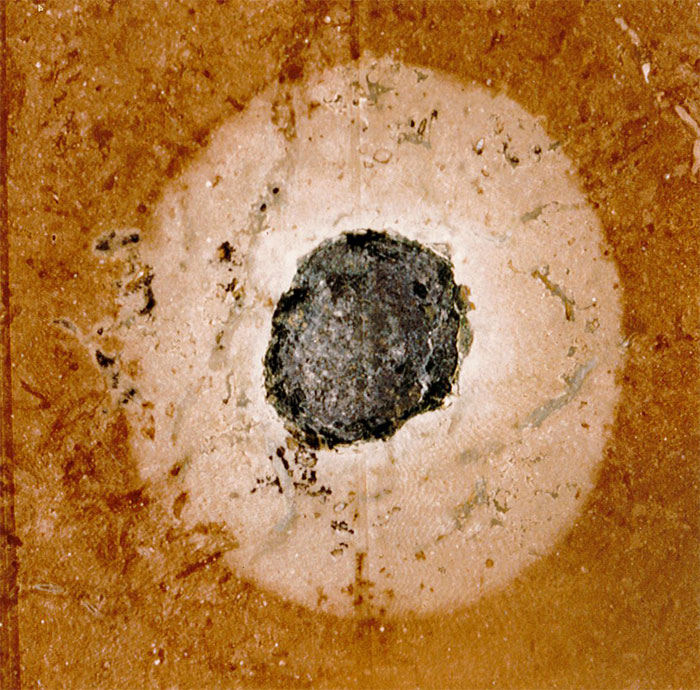 Meteorite in limestone slab from Kinnekulle. The meteorite is the black section in the middle. The side of the limestone slab actually measures 25 centimetres.
-
Impacts at several locations in Sweden
Several meteorites have also been found on Kinnekulle.
"In the 1940s, an unusual-looking red limestone slab was found in a quarry. A few years later, researchers understood that there was a meteorite in the slab. Large meteors explode and disintegrate almost completely, while small meteors fall as rocks, such as in this limestone," says Erik Sturkell.
Around 90 meteorites from meteorite impacts have been found on Kinnekulle over the past fifteen years.
"Small meteorites survive the fall, while large ones explode and disintegrate. In Jämtland we have only found minerals from the meteorites, small grains of chromite.
The fact that active quarrying is conducted on Kinnekulle is the reason why researchers have found meteorites there. And as a discovery was made as long ago as the 1940s, the individuals working in the quarry know what to look for.
So might it be possible to distinguish slabs in our limestone floors that might come from meteorites?
"Technically speaking, yes, although there is probably not much chance, as the limestone slabs that come from meteors are often rather ugly and will probably have been discarded. But they do exist!
Quelle: University of Gothenburg
Astronomie
« Zum vorherigen Eintrag Zum nächsten Eintrag »
2544 Views
Created with page4