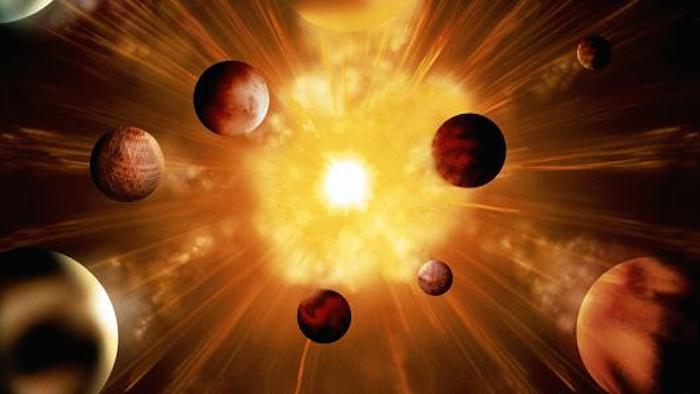 It's the end of the universe as we know it, but don't worry just yet

A team of astronomers from around the world confirmed this week what researchers have known for almost a century now: what started with the Big Bang will eventually go bust.
According to experts from the Galaxy And Mass Assembly (GAMA), the universe is only churning out half as much energy as it did 2 billion years ago, and is gradually approaching a state of entropy. The study confirmed something researchers have suspected for decades: the stars that populate countless galaxies are slowly burning themselves out.
Could that bleak scenario, although far into the future, have an impact on expectations for space travel, and other such endeavors? The question is legitimate, given that space tourism is expected to grow into a $1 billion sector over the next several years, according to the Federal Aviation Administration. Meanwhile the National Space Society estimates the industry's size could eventually swell to as high as $1 trillion.
Indeed, the GAMA research in some ways seems to have inspired science writers and science fiction rather than scientists, many of whom think the new data illustrate information that has been known for years. The new information is not, as one astrophysicist put it, "earth-shattering," nor is it likely to be an issue for at least a billion years or so, they add.
However, scientists from some of the top academic institutions across the United States agree that the new data contribute to the understanding of the universe—even if the findings are relatively old hat.
"Of course the universe is dying," said Sean Carroll, an astrophysicist at the California Institute of Technology, who authored two books on theoretical physics. He added that it was "something we've known since at least the 1920s."
In the early 20th century, scientists theorized that the universe was dying, yet only recently has that death been accurately measured. The new GAMA study is part of an effort to quantify the effects of universal deterioration.
The news comes as space exploits have dominated headlines. Recent events has included comet landings, meteor showers, the discovery of an Earth-like planet and a touchdown on Pluto—putting the mysteries of the universe squarely in the public's imagination.
The study, which was jointly led by Simon Driver and Andrew Hopkins, was an international effort that harnessed technology both on land and in space to study 200,000 galaxies and the energy they generated. Basically, it found that stars have lost roughly half their firepower over the last 2 billion years.
Yet the scientists stated the demise of all we know could best be described as a fade to black, rather than an apocalyptic end. As the International Centre for Radio Astronomy Research, where Driver is on staff, euphemistically put it, scientists are measuring "the slow death of the universe."
Driver conceived and initiated the project, and told CNBC in an interview that he prefers to say the universe is "fading," rather than dying. He said that he and his team studied the "energy released from matter" from galaxies where the light takes between some tens of millions to 2 billion years to reach the planet.
What the team produced was more and newer data that confirms the energy release by galaxies is declining. In other words, Driver said, the universe "will get consistently darker and gloomier"—although no one can estimate when, or by how much.
There is one type of cosmic body largely responsible for emitting galactic energy, and it's slowly losing steam, experts said. "Those emissions are dominated by stars," said Adam Burrows, professor in the astrophysical sciences department at Princeton University. The galaxy gas that creates these stars "is being depleted, and is not being adequately replenished."
Burrows, who used to chair the National Research Council Board on Physics and Astronomy, also chose to describe the scenario as a "gradual diminution of the brightness of the galaxies," rather than either dying or fading. Andrew Hopkins, head of research at the Australian Astronomical Observatory who jointly led the GAMA survey, chose to call it a "decline."
Daniel Akerib, a professor of particle physics and astrophysics at Stanford University, simply described the phenomenon as "expanding and cooling," adding that some of the doom and gloom appears overblown. To believe stars are in imminent danger of being extinguished "strikes me as a bit hyped, like saying that a newborn baby in its first week of life has started dying," Akerib said.
Whether the universe is dying, fading, declining or cooling, most scientists believe the endgame is too far into the future for humans to worry about. In fact, one scientist contends it could be 100 billion years out before the universe fizzles.
For perspective, the universe is just 14 billion years old, according to NASA.
"I'm not losing any sleep over this, since there are much more urgent threats to humanity from our own reckless behavior," said cosmologist Max Tegmark, a physics professor at the Massachusetts Institute of Technology and author of the book "Our Mathematical Universe."
Meanwhile, there might be more immediate challenges for the universe—and again, those too are much further on the horizon. "In 5 billion years, the sun will expand and swallow the Earth," said Driver. "In 10 billion years, our galaxy will merge with Andromeda."
In the meantime, scientists intend to keep themselves busy studying the more than 200,000 known galaxies that remain shrouded in mystery. Astronomers estimate there are more than 100 billion galaxies in the observable universe, said David Kaiser, a physics professor at MIT whose work focuses on Early-universe cosmology.
"We're starting to answer some of the questions asked by every civilization that's ever existed," said Driver. "But there's still a long way to go."
Quelle: CNBC
Astronomie
2440 Views
Created with page4