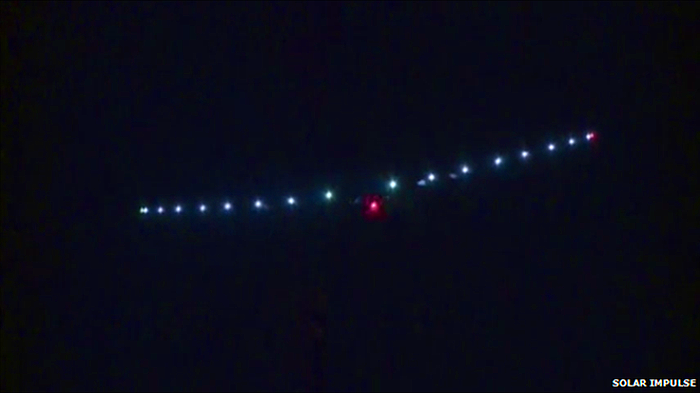 The familiar line of LEDs on the front of the plane as it comes into Chongqing, China

Solar Impulse, the fuel-free aeroplane, has completed the fifth leg of its round-the-world flight.
The vehicle, with Bertrand Piccard at the controls, touched down in Chongqing in China just after 17:30 GMT.
It had left Mandalay in Myanmar (Burma) some 20 hours previously.
The intention had been to make the briefest of stops in Chongqing before pushing on to Nanjing in the east of the country, but that strategy has been abandoned because of weather concerns.
The team will now lay over in southwest China until a good window opens up on the east coast at some point during the coming days.
Getting to the city of Nanjing would set up Solar Impulse to make its first big ocean crossing - a five-day, five-night flight to Hawaii.
Leg five proved to be a tough one for Bertrand Piccard. He had to cover a distance of 1,375km, and faced some difficult winds as he approached Chongqing Jiangbei International Airport. Local controllers also asked the Swiss pilot to delay his arrival for a short while because of the pressure of commercial traffic.
. 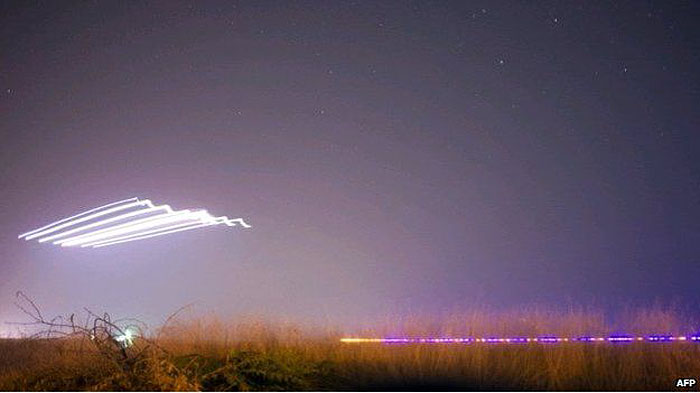 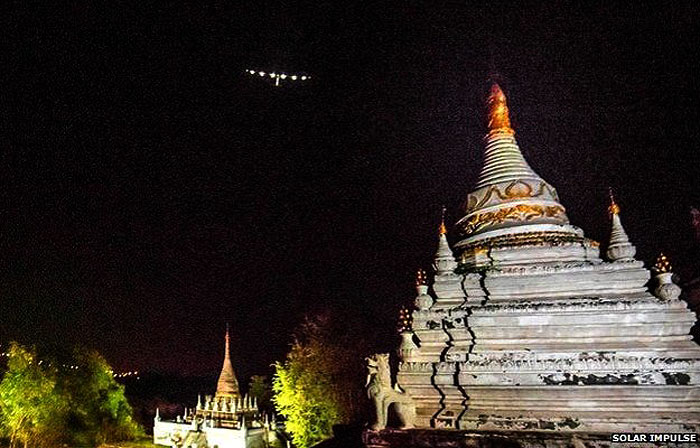 It is almost three weeks since the venture got under way from Abu Dhabi.
The project expects the circumnavigation of the globe to be completed in a total of 12 legs, with a return to the Emirate in a few months' time.
Bertrand Piccard is sharing the flying duties in the single-seater plane with his business partner, Andre Borschberg.
Solar Impulse has set two world records for manned solar-powered flight on the journey so far.
The first was for the longest distance covered on a single trip - that of 1,468km between Muscat, Oman, and Ahmedabad, India.
The second was for a groundspeed of 117 knots (216km/h; 135mph), which was achieved during the leg into Mandalay, Myanmar, from Varanasi, India.
No solar-powered plane has ever flown around the world.
. 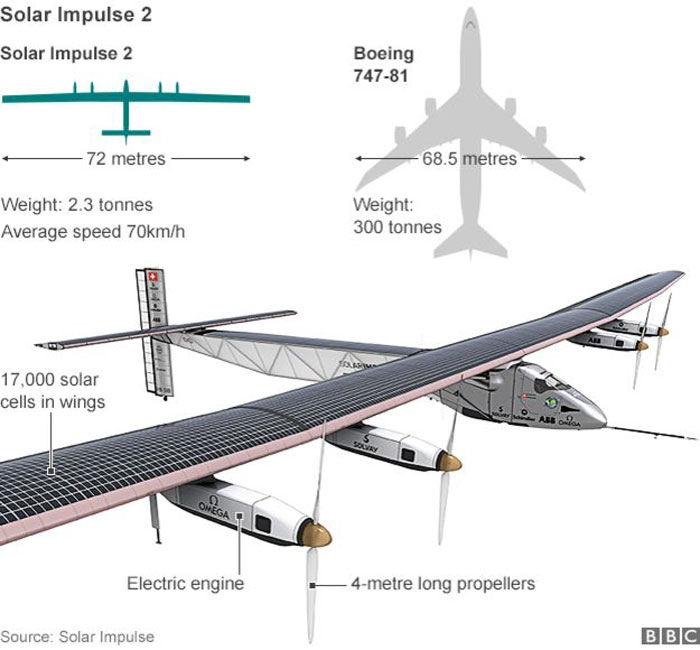 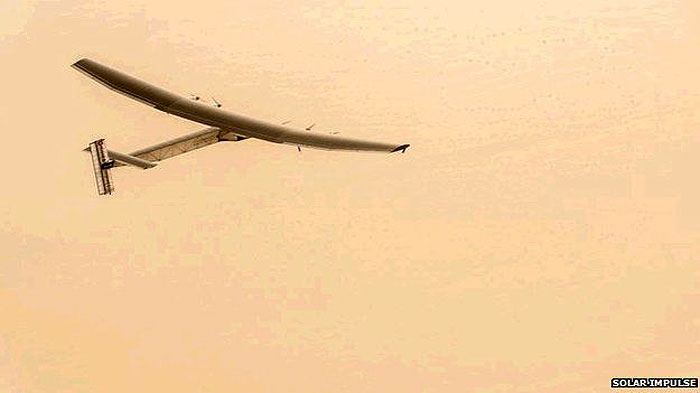