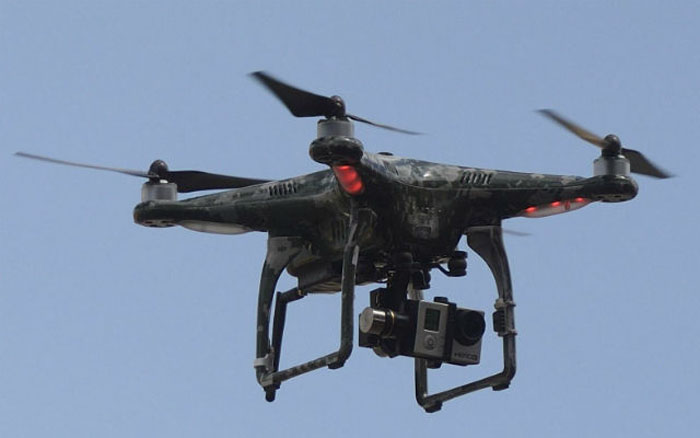 France looks to deter UAV flights over nuclear sites
The French government and its ANR national research agency are looking for technology that would be used to prevent unmanned air vehicles flying over nuclear facilities, bids for which need to be submitted by 2 February.
Bidding teams – which must consist of at least one research organisation – will offer technology that would ideally detect, geolocate, identify and possibly neutralise small UAVs weighing less than 150kg (330lb), ANR says.
“Although currently listed over-flights do not present a threat challenging thesmooth operation and security of nuclear facilities, they are nevertheless an alertto the potential risks arising from inappropriate or malicious use of drones in a field of wider risk areas,” an ANR white paper says.
“In a prospective approach to anticipate these risks, and for a variety of scenarios and employment contexts, it is necessary to evaluate the technical responses that can be made in the medium term for the detection, geolocation, identification, or neutralisation of aerial drones of small dimensions,” ANR adds.
The 18-month funded “flash” projects – for which €200,000-600,000 ($226,000-679,000) is available per project – would lead to operational demonstrations at an active nuclear site.
Meanwhile, the French civil aviation authority has issued 10 guidelines for civil UAV use in national airspace.
The authority says UAVs must not fly over people and must be flown at altitudes below 492ft and within line of sight.
UAVs should also not be flown at night, over public areas, near aerodromes or over sensitive or classified sites. The CAA also urges users to respect the privacy of others and not to distribute imagery without authorisation – or to make commercial gains out of the data collected.
Quelle: Flightglobal
UFO-Forschung
« Zum vorherigen Eintrag Zum nächsten Eintrag »
2943 Views
Created with page4