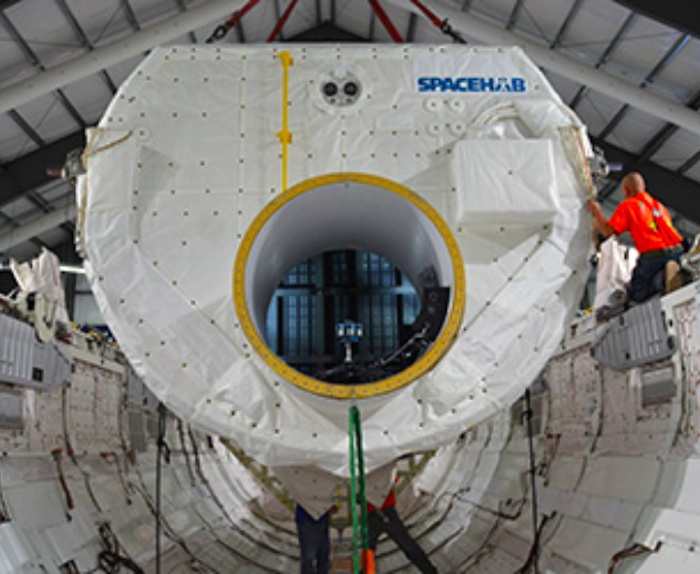 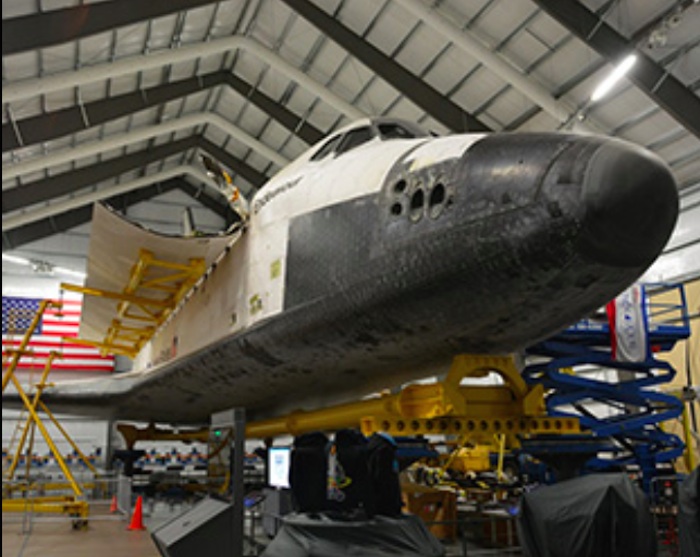 NASA equipment was needed to open and support the opening of space shuttle Endeavour's cargo bay doors. (CSC/Dennis Jenkins)
Since October 2012, the CSC has displayed Endeavour in a temporary pavilion erected for the orbiter. Beginning in late 2017, the center plans to attach Endeavour to a set of real solid rocket boosters and a replica external tank and then raise the entire stack to stand inside its new Samuel Oschin Air and Space Center. In that display, Endeavour will have one of its 60-foot-long (18-meter) payload doors open, showcasing the Spacehab inside.
"Having the [Spacehab] module in there will give people a feel for the work that went on," educator-astronaut Barbara Morgan, who flew onboard space shuttle Endeavour on its 20th spaceflight, said.
Go for Payload
Phillips and the CSC's team chose Morgan's flight, STS-118, as the model for outfitting Endeavour's payload bay. Over the course of 13 days in August 2007, Morgan and her crewmates helped to further assemble and stock the International Space Station, while also performing science demonstrations that were recorded for use in classrooms back on Earth.
"We think that is appropriate because she is an educator and that is what we do here," Phillips told collectSPACE. "Of course, Endeavour replaced the [fallen] space shuttle Challenger and Barbara was BACKUP for [teacher-in-space] Christa McAuliffe, so we think that is a very nice tie-in."
. 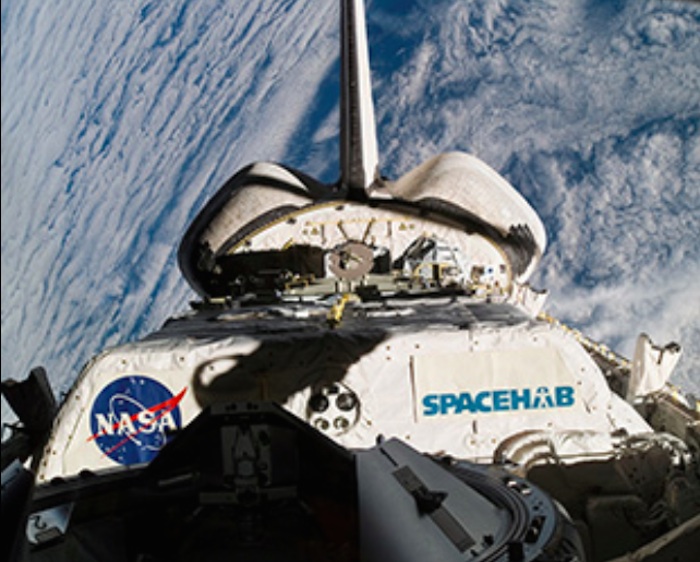 The same Spacehab DISPLAYED by the California Science Center is seen inside Endeavour's payload bay during STS-118. (NASA)
The CSC exhibits the Spacehab module that Morgan flew with on Endeavour, but it is remaining on display next to the orbiter so visitors can look inside. The module placed in Endeavour's cargo bay on Thursday also flew in space on eight shuttle missions, although always connected with another Spacehab to form a double module. The CSC has configured the unit with a replica front piece to represent the SINGLE module flown on STS-118.
To complete the payload bay's configuration, the CSC had several replica parts produced to the same specifications as the authentic hardware that flew in space.
"We have had replicated an external airlock, a Canadarm [robotic arm], and also some connecting tunnels go from the orbiter's mid-deck entry down to the flown Spacehab," Phillips described.
Opening the bay doors and installing the payloads took a month of advance planning, and required equipment from both NASA and the Smithsonian.
"In an extremely unusual move, the Smithsonian allowed us to remove several parts from [shuttle] Discovery at the National Air and Space Museum to support our payload installation," Dennis Jenkins, the CSC's project director for Endeavour's future display, said. "We are very grateful to the Smithsonian for allowing us to acquire them and their continuing support."
. 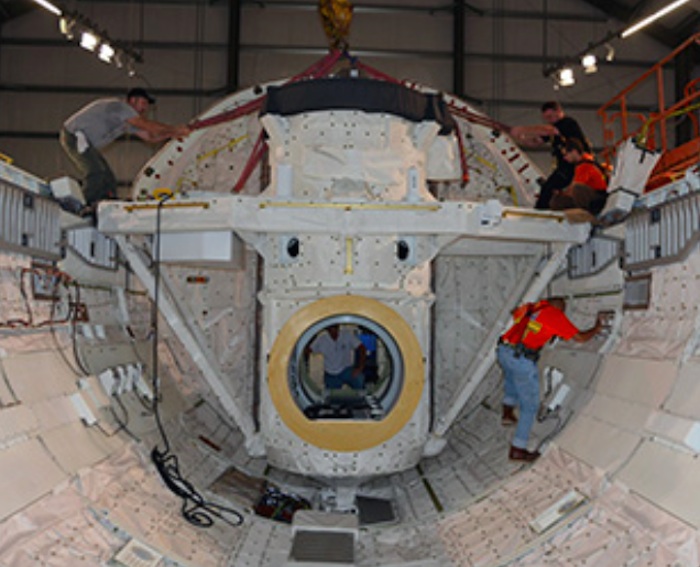 Specialists work to install a replica external airlock inside space shuttle Endeavour's payload bay. (CSC/Dennis Jenkins)
Jenkins, who worked for 20 years on the shuttle program, CONSULTED with and recruited several of his former orbiter colleagues to carry out the cargo installation. Even though Endeavour will not go vertical for several more years, the CSC decided to do it now, in part because of Jenkins' and his team's availability.
"We are doing this now because it is a relatively relaxed period of time," Phillips said. "The people who are capable of doing it are around. It is a major operation."
Go for Stack
Endeavour's payload bay will remain open until about Oct. 25 as the work is completed to configure its newly-added cargo. Throughout the entire process, visitors to the CSC have had continued access to view Endeavour.
"We are trying to keep the orbiter on public display for as long as we can," Phillips said, "because once we [begin mating Endeavour with its boosters and tank], it will be off public display for probably about a year between the time we shut the doors on the existing pavilion and then move it over to the new Samuel Oschin Air and Space Center."
When Endeavour was flying, it was attached to its launch hardware by being hoisted high into the air in the Vehicle Assembly Building at NASA's Kennedy Space Center in Florida. For its final mating in late 2017 or 2018, a similar vertical integration is probably not going to be possible.
. 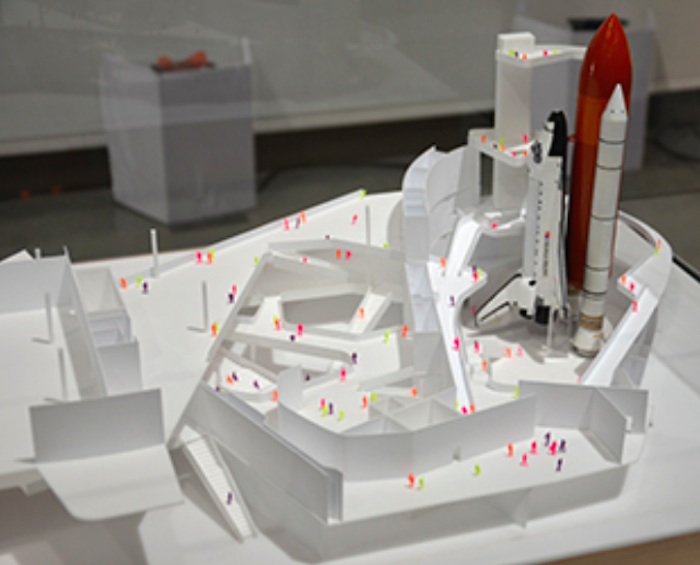 This model reveals the planned design for the Samuel Oschin Air and Space Center, Endeavour's vertical exhibit.
"It's unlikely we will try to do a vertical mating because we would have to lift Endeavour probably 300 to 400 feet into the air," Phillips told collectSPACE. "You've got wings on it and even though it was jokingly called the 'flying brick,' any breeze is going to cause roll-axis rotation and we can't have that."
"It was difficult enough for NASA to do it in the Vehicle Assembly Building where they had bridge cranes, precise control and could take their time," he continued. "So we decided, not being NASA, that we would have to keep low center of gravity as much as we could for as long as we can in the process as we go vertical."
The plan, at least as of now, is to move Endeavour to the site of the Samuel Oschin Air and Space Center, which is still to be erected on the east end of the existing science center, and mate the orbiter while its boosters and tank are horizontal on the ground.
After Endeavour is attached to the launch stack, it will be carefully positioned, then raised to vertical inside the new building using special TRANSPORTERS and one of the world's largest crawler cranes.
Go for Launch
When Endeavour reopens to the public in 2018 its exhibit will be unique; no other retired space shuttle is shown as they were positioned on the launch pad. The Smithsonian exhibits Discovery on its wheels; Kennedy Space Center has Atlantis mounted as if it was back flying in orbit; and the Intrepid Sea, Air and Space Museum in New York City shows the prototype shuttle Enterprise as if it was landing.
Further, Endeavour will join Atlantis as the only two space shuttle orbiters with an open payload bay.
. 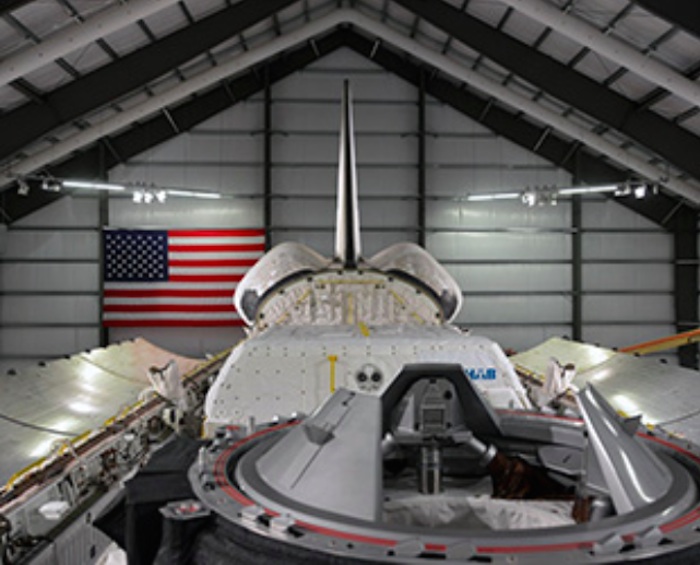 Space shuttle Endeavour's payload bay doors will be closed on or about Oct. 25 to await the next phase of orbiter's DISPLAY. In late 2017, Endeavour will be "Go for Stack." (CSC/Dennis Jenkins)
"This [Spacehab module] installation will provide guests the opportunity to see the inside of the payload bay when it's on display in the launch position in the Samuel Oschin Air and Space Center," Jeffrey Rudolph, president of the California Science Center, said. "Being able to see inside the shuttle is essential for Endeavour's enduring mission of advancing science learning."
That mission, dubbed "Mission 26" by the science center, may spotlight STS-118 as a result of its new payload but it is about much more, Morgan said.
"Endeavour did so many, many, many wonderful missions and lots of great work with lots of great crews, so I don't see it necessarily focusing only on STS-118," Morgan told collectSPACE. "I am thrilled that people will get to learn about STS-118, but really, what I am most thrilled about is that people will get to learn about the many missions that Endeavour flew."
Quelle: SC
. 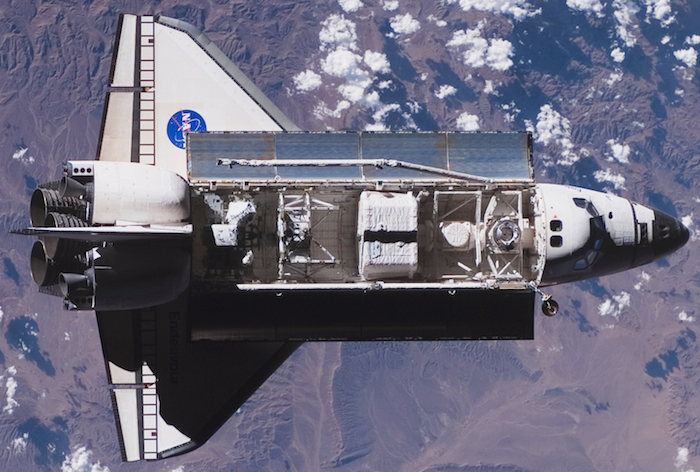 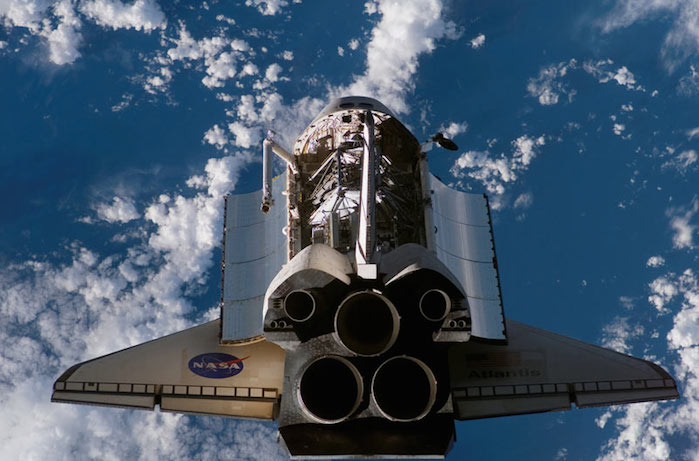