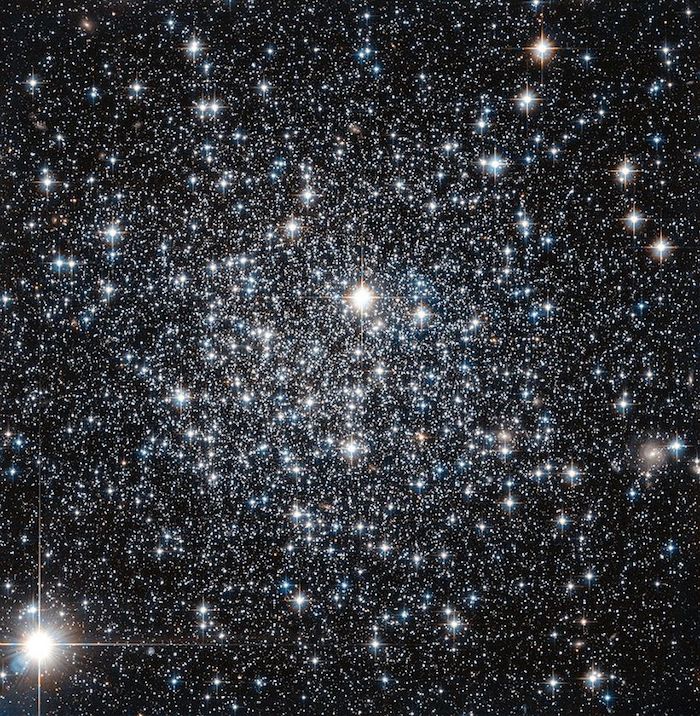 This sparkling jewel box of stars is the globular cluster IC 4499.
A globular cluster is a tight glittering collection of thousands of old stars orbiting around a galaxy.
This one is located about 55,000 light years away on the outer HALO of the Milky Way, beyond the galaxy's spiral arms.
The most massive stars appear blue or white - they are usually hotter and burn through their nuclear fuel faster than the smaller yellow or red stars.
The kaleidoscope of colours in this image was thought to be due to the different masses and ages of the individual stars.
This led astronomers in the 1990's to think that IC4499 was a fairly young globular cluster that was obtaining fresh supplies of gas to make new stars.
However, by carefully studying the stars in this new ESA/NASA image taken by the Hubble Space telescope, scientists have concluded that all the stars in this globular cluster were born at about the same time, some 12 billion years ago.
That makes IC4499 roughly the same age as other Milky Way globular clusters.
Quelle: ABC-Science
Astronomie
2729 Views
Created with page4