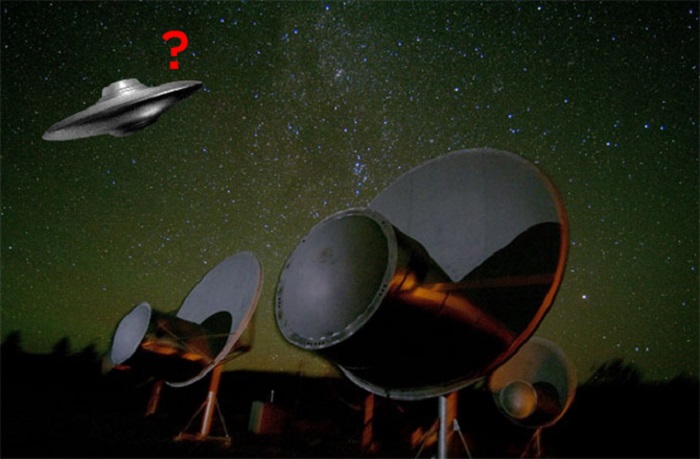 The Allen Telescope Array listens for ET. But the popular image of UFOs is driven by myth, not science.

The Search for Extraterrestrial Intelligence, or SETI, may becoming more mainstream, as evidenced by this week’s House Science and Technology Committee hearing, which included testimony by two well-known SETI hunters, Seth Shostack and Dan Werthimer.

But the hearing took an odd turn when U.S. Rep. Chris Collins, a New York Republican, had the floor.

“I think I might ask the question everyone in this room wants to ask,” Collins said. “Have you watched ‘Ancient Aliens’ and what’s your comment about that series?”

The television show, broadcast on The History Channel, explores purported extraterrestrials’ visits to Earth over millions of years.

“The public is fascinated with the idea that we may be being visited now, or may have been visited in the past, the so-called UFO phenomenon,” he said.

Then he got down to business:

“I personally don’t share the conviction that we are being visited. I don’t think that that would be something that all the governments of the world had managed to obfuscate — to keep secret. I don’t believe that.

“I think the pyramids, for example, were probably built by Egyptians. I know that that’s a radical idea for some people, but they were very clever and they could certainly do that,” he added.

Werthimer, director of  SETI research at the University of California Berkeley, was more blunt.

“UFOS have nothing to do with extraterrestrials,” he said.

“I think some of these sightings are real phenomena. We get a lot of calls when the space station goes over, although some people embellish and they say it has windows and things.

“Some of it is people’s imagination and we know that because it ties very closely to popular culture. When Jules Verne wrote about flying saucers, everybody started seeing flying saucers. Before that people saw angels. When people watch movies then we get a lot of reports that are tied to what’s in the movies. Some of it is actually deliberate hoaxes for people making money,” Werthimer said.

A bit later, Florida Republican Bill Posey asked about Project Blue Book, a series of studies on UFOs undertaken by the U.S. Air Force between 1952 and 1969.

“I am personally quite skeptical,” Shostak reiterated,  adding that since the 1960s polls show that about one-third of Americans — and people in other countries — believe that Earth is being visited by extraterrestrials.

“I don’t think that that evidence is very good. I think that if we were being visited, it would not be controversial. It’s been 60-some years since Roswell, for example,” Shostak said, referring a purported UFO crash in New Mexico in 1947.

“If you had asked the residents of Massachusetts 60 years after Columbus, ‘Do you think you’re being visited by Spaniards?’ that would not be controversial. I think if they were really here, everyone would know that,” he said.