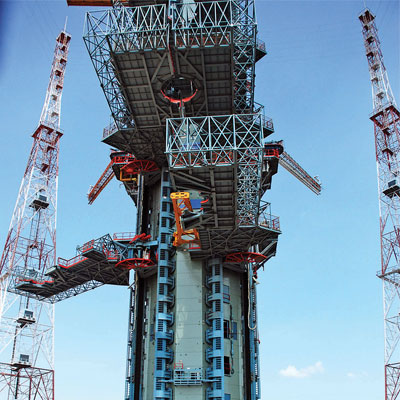 Preparations are in full swing for India's second moon mission Chandrayaan-2, as potential landing spots on the lunar surface for the spacecraft have been identified. The spots for landing the craft were zeroed in on the basis of photographs taken by Chandrayaan-1, launched by the Indian Space Research Organisation (Isro) in 2008.

Chandrayaan-2 is an advanced version of Chandrayaan-1, and it aims to demonstrate Isro's capability to soft-land on the lunar surface. Minister of state for PMO V Narayanaswamy recently announced in the Parliament that the mission, which is likely to take place in 2016-17, is progressing well with Isro having identified landing spots on the lunar surface.

The two scientific payloads onboard the Chandrayaan-1 terrain mapping camera had captured a number of images of the lunar surface, which have been used for zeroing in on the designated spots. Chandrayaan-2 is configured as a two module system comprising an orbiter craft module and a lander craft module carrying the rover.

According to Isro, the orbiter craft with payloads onboard will orbit around the moon and perform the objectives of remote sensing the moon. The payloads on the orbiter will conduct mineralogical and elemental studies of the Moon's surface.

The lander craft with scientific payloads will soft land on the lunar surface. A rover released by the lander craft will perform mobility activities on low gravity and vacuum of the Moon's surface with semi-autonomous navigation and hazard avoidance capability. The spacecraft will be launched onboard the Geosynchronous Satellite Launch Vehicle (GSLV).